Marine Corps F/A-18 Hornets have flown off the flight deck of a Navy aircraft carrier for the last time.
Members of Marine Fighter Attack Squadron 323, known as the Death Rattlers, returned to California last week after a 10-month deployment with the Nimitz Carrier Strike Group. It was the final F/A-18 Hornet carrier deployment for the Marine Corps, officials said in a news release about the historic mission. 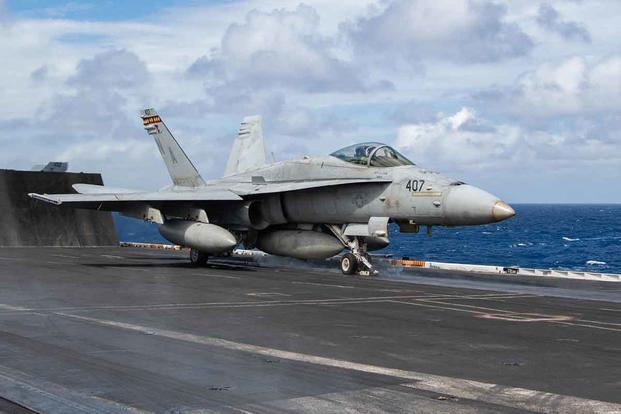 The squadron is transitioning to the F-35B Joint Strike Fighter.
The Hornets flew more than 35,000 flight hours and 14,000 missions during the deployment. They fired nearly 250,000 rounds of ammunition, according to the Marine Corps, while supporting Carrier Air Wing 17 in the Middle East and the Pacific.


Rear Adm. James Kirk, Nimitz Carrier Strike Group's commander, said last week that, despite flying the oldest jets on the carrier, the Marines "met the mark," Seapower Magazine reported.
"Those maintainers did a great job, and those Marine pilots executed those missions," Kirk added.
VMFA-323 supported missions in Iraq, Syria, Afghanistan and East Africa during the deployment. The strike group also operated alongside other carriers in the South China Sea.
The squadron has worked alongside the Navy for decades. It supported the Battle of Okinawa under the command of Adm. Chester Nimitz in 1945, according to the Marine Corps, and began preparing for the first of many carrier-based operations two years later.
The Death Rattlers also supported Marines fighting in the famous Battle of Chosin Reservoir from the flight deck of the escort carrier Badoeng Strait during the Korean War.
The squadron began flying Hornets in the early 1980s and kicked off its first carrier deployment with that aircraft in 1985 aboard the aircraft carrier Coral Sea.
"Nearly 35 years after their first carrier deployment in the Hornet, VMFA-323 made history once again while deployed with [the Nimitz strike group] as the last legacy Hornet squadron to integrate with a carrier air wing," Marine officials said last week.
The next time the squadron heads out on a carrier, it'll be flying the F-35 Lighting II. Marine leaders say the stealth aircraft will give the sea services the edge as the Navy and Marine Corps face more sophisticated adversaries. 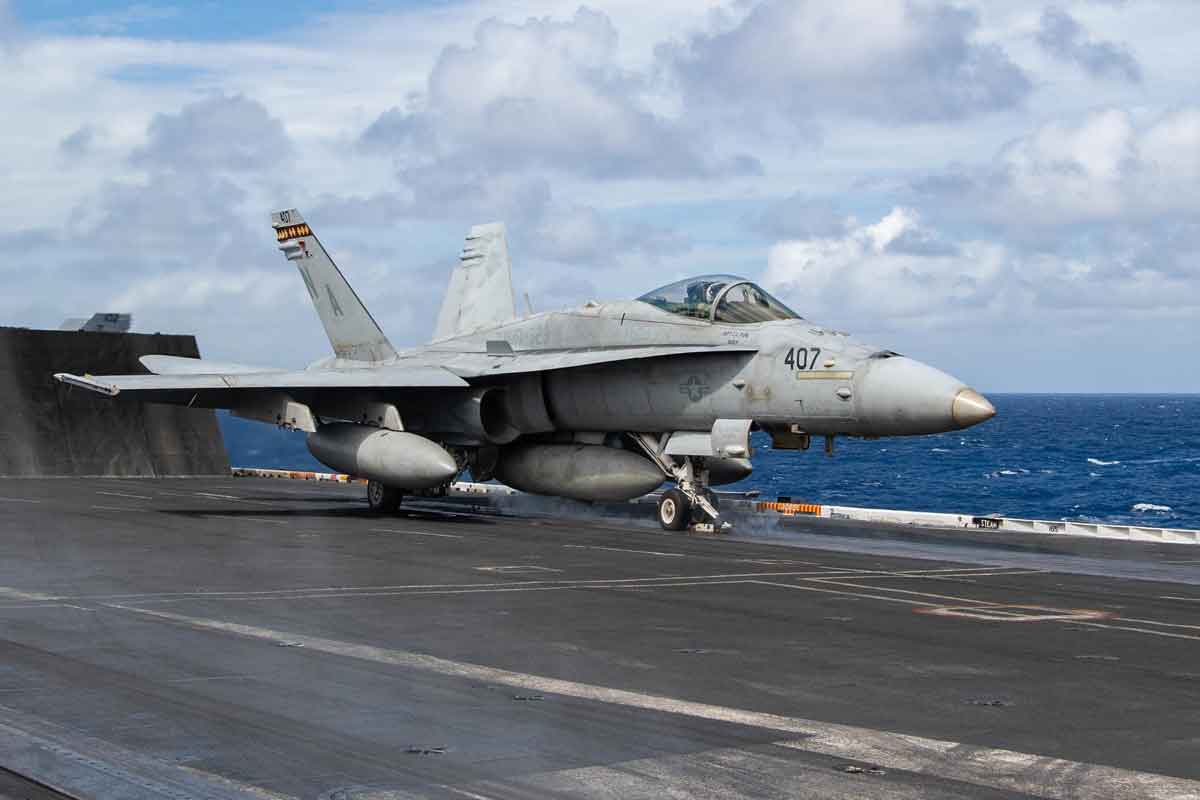 Marine Corps F/A-18 Hornets have flown off the flight deck of a Navy aircraft carrier for the last time.