The Association of Southeast Asian Nations has agreed to forge a "comprehensive strategic partnership" with China, Brunei Sultan Hassanal Bolkiah said Thursday, just a day after it was announced that ASEAN would establish a partnership on the same level with Australia. 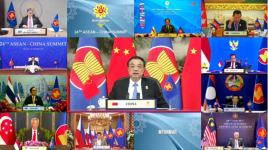 Chinese Premier Li Keqiang (C) attends a virtual summit with the leaders of the Association of Southeast Asian Nations on Oct. 26, 2021. (Photo courtesy of Brunei government)(Kyodo)

However, details of the content of the two partnerships are still not clear.

The announcement, which comes amid fierce rivalry between the United States and China for influence in the region, appears to show that ASEAN seeks to balance its relations with China and the West.

The recent announcement of AUKUS, a new trilateral security pact among the United States, Britain and Australia that has raised some anxiety and concern, was discussed this week during ASEAN's meetings with some of its so-called dialogue partners, comprising those three countries plus China, Russia, Japan, South Korea, Canada, India, New Zealand and the European Union.

"Indeed, we have seen a rise in geostrategic competition," Bolkiah said in response to a question on AUKUS. But he added that "at the same time, we have also witnessed growing cooperation and an increase in the number of countries working with ASEAN."

"We really hope that any new security partnership will contribute constructively towards toward regional peace and stability and complement the regional architecture," he said. 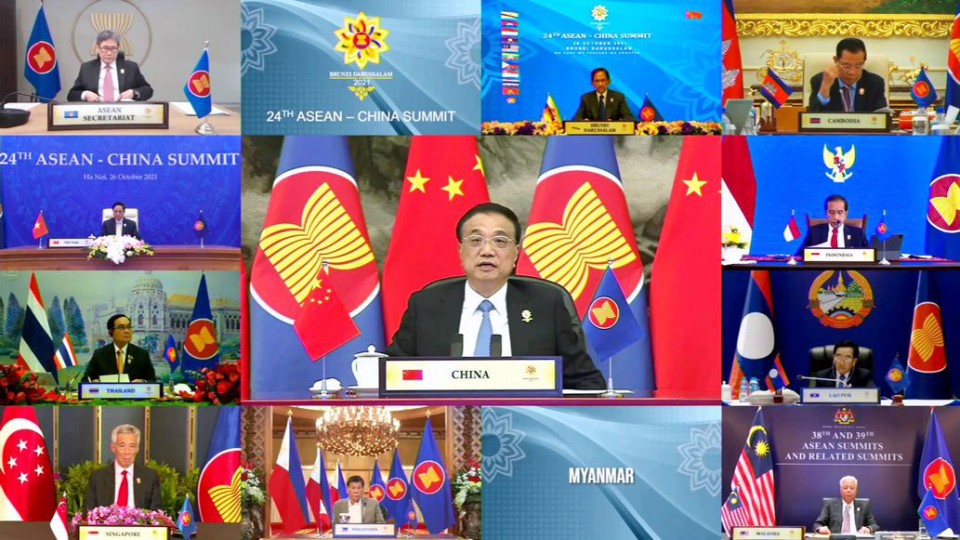 The Association of Southeast Asian Nations has agreed to forge a "comprehensive strategic partnership" with China, Brunei Sultan Hassanal Bolkiah said Thursday, just a day after it was announced that