Bangladesh aspires to join the prestigious “nuclear club” of 31 nations by embarking on the Rooppur Nuclear Power Plant (R-NPP) – the most ambitious project ever undertaken in the country’s development history. Originally conceived in 1961, even before the birth of Bangladesh, this maiden nuclear plant is now at the final stage to kick-off. Although the director-general of the International Atomic Energy Agency (IAEA) expressed deep satisfaction with the safety measures adopted by Bangladesh, critics oppose this nuclear move, raising concerns over energy costs, environmental issues, management and safety issues. Some people dubbed this project a “white elephant” and “premature” while others termed it as a “grand fantasy.”

Despite having the potential to become a major player in the future energy mix, nuclear energy has a negative image because of its association with nuclear weapons, Cold War propaganda, radioactive waste, and two high-profile nuclear accidents, Chernobyl and Fukushima.

It’s worth looking at those previous accidents in more detail. The Chernobyl accident occurred because of an unusual experiment by some engineers who were neither familiar with its safety system nor had enough knowledge on reactor physics and engineering. The R-NPP will solely be a power generation facility, and no experiment of any kind will be allowed. Meanwhile, the Fukushima accident was triggered by a tsunami. Rooppur is less vulnerable to such massive natural disasters. Besides, the nuclear industry is now banking on next-generation technologies – e.g., Small Modular Reactors – that make nuclear power plants safer than before. Today’s regulatory requirements mean that plants should be built in a way that even if there is any accident it must be limited to the plant.

From the very outset, Bangladesh is following the safety standards of the IAEA and other internationally approved guidelines. For example, Russia’s initial proposal to use the latest technology, the VVER-TOI, was rejected as it failed to receive an international license. This reflects Bangladesh’s strong commitments toward ensuring the highest safety. The government approved two projects worth $6.075 million to address Design Basis Threat (DBT) as well as cyberattacks by potential external and insider adversaries. R-NPP incorporates defense-in-depth protection, a multilayer protection system, to ensure nuclear safety and radiological protection. The five-layer barriers of this system are designed to prevent any kind of radiation exposure and keep the radiation emitted within internationally acceptable limits.

One of the gravest challenges of the present time is to ensure energy security with zero impact on the environment. Nuclear energy, with minimal carbon emissions, can be part of a sustainable solution to the global energy crisis. Nuclear power produces more than half of the world’s carbon-free energy and protects air quality by reducing harmful atmospheric pollutants that are responsible for smog and acid rain. An analysis conducted by MIT concluded that it would be almost impossible to decarbonize the world without nuclear power. In one COP26 event, nuclear power was held up as a vital instrument for decarbonization.

Bangladesh has set an ambitious goal to reduce carbon emissions by 21.85 percent by 2030 in response to climate change. These emissions come mostly from fossil fuel-based power plants. Nuclear power is an irreplaceable response to the climate emergency, especially for Bangladesh, one of the most climate-vulnerable countries in the world. Besides, Bangladesh has wisely addressed another crucial concern, nuclear waste disposal, by signing an agreement with Russia to send spent fuel abroad to avoid risks. Bangladesh is a densely populated country with a limited land footprint and would struggle to safely dispose of such waste at home.

Is It Too Expensive to Afford?

Whether R-NPP is too costly is ultimately a matter for the market to decide. According to the U.S. Department of Energy, nuclear energy has the highest capacity factor – the percentage of time power plants can produce electricity – generating power more than 93 percent of the time. This is 1.5 to 2 times more than coal and gas-based plants, and about 2.5 to 3.5 times more than solar and wind-based sources.

Although the upfront cost of a nuclear power plant is very high, its lengthy lifespan, low fuel costs, and economies of scale resulting from large-scale production minimize the cost of electricity generation over the long term. The modular and compact design of the Russian flagship technology, Generation III+ VVER-1200, would reduce overall plant costs. The $12.65 billion R-NPP, 90 percent of which is funded by Russia, is expected to add 2400MW of electricity to the national grid by 2023. This project, which will have a service life of more than 60 years, is expected to recover its construction costs within the first 20 years of operation.

Does Bangladesh Have the Right Human Resources?

The optimum output of nuclear technology depends on a country’s ability to equip its population with the needed skills to confront technical and institutional challenges. In order to enhance competencies for operating and maintaining R-NPP, Russia will train 1,950 Bangladeshis. Bangladesh also signed a cooperation deal with India, as it has similar experience with Russia, for assistance in capacity building through training and experience sharing. Moreover, the Department of Nuclear Engineering at Dhaka University started its journey in 2012, five years before the initiation of R-NPP, to create nuclear scientists locally.

Why Bangladesh Is Going Nuclear

Bangladesh has a plan to take its power generation capacity to 60,000 MW from 25,235 MW now to cater the long-term energy needs of its people. Energy-hungry Bangladesh has been looking for an alternative option to minimize its dependency on gas and imported petroleum for electricity. Due to limited natural gas reserves, the country switched to coal-based power plants, which were criticized by climate activists for environmental pollution. Besides, this option is not financially viable due to higher transportation costs and increased cost of fossil fuels. Bangladesh cannot consider hydropower as an alternative solution since sufficient water flow is not available throughout the country. Renewable energy production – e.g., solar and wind power – in Bangladesh has grown significantly but is still not enough to meet increased national demand for electricity.

That leaves nuclear power as an option, and Bangladesh is far from alone in pursuing that. According to the World Nuclear Association, nuclear energy is being used in over 50 countries. Many developed countries are now undertaking nuclear projects; for example, France will invest 1 billion euros in the industry by the end of this decade.

Constructive debate should center on how Bangladesh can enhance the nuclear plant’s safety against potential risks, ensure timely implementation, check cost escalation, and combat corruption, not on why Bangladesh has undertaken nuclear initiative. After all, the energy policy of Bangladesh emphasizes the need to ensure energy security, keeping all power generation options open. 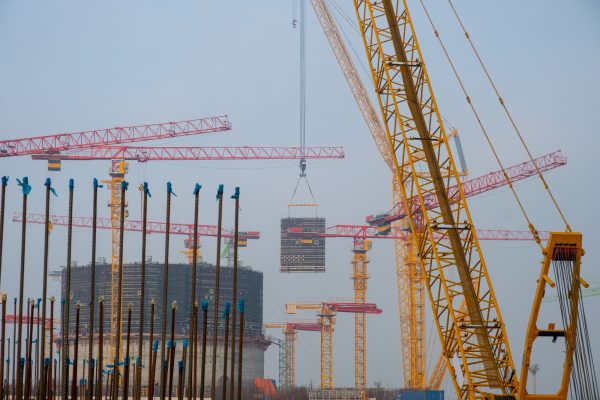