At SeaFuture 2021 Leonardo is showcasing a scale model of the C27J Spartan in ASW/MPA version. On the wings: Marte ER anti-ship missile for surface warfare, and MU90 torpedos for ASW. As radar we have: Seaspray 7500 radar, EO/IR system, SIGINT/COMINT antenna, a magnetic anomaly detector MAD, and six holes in the fuselage to launch sixhty sonobuoys.

If the rumor is true then instead of thinking about ATR 72 MPA, BN should consider C-27 or C-295 based platform for it's LR-MPA which are better than ATR 72 MPA. Bangldesh Army army already operates a C-295W and will procure another. BAF will replace it's aging An-32 with either C-27J or C-295W if it doesn't go for bigger transport aircraft instead. So if the two or all three military wings operate the same platform then i could be easier to maintain the platform and maybe even possible to get a local MRO facility if we have a large fleet. Other option is SC-130J. 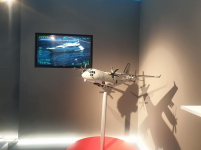 Looks like navy's second hanger in CTG is complete too. 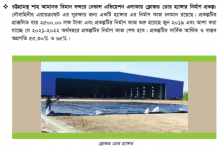