First and foremost, I'd like to thank the admins for their support and expertise @T-123456 @Cabatli_TR @Test7

For the past several months we have been working on something special. From the start, we wanted the domain name "defencehub.com". But it was jointly owned by the US and New Zealand government/military... Well, somehow we acquired it. So we decided that it was time for DefenceHub to jump to the next stage. We created a second website which will work together beautifully with defencehub.live.

Defencehub.com articles will be featured on Google News. This was not possible with defencehub.live due to the software we use. Now, DefenceHub can reach out to a much larger audience. Esteemed members will also have the ability to post articles, whether they want to do so anonymously, or with their name and photograph attached to their articles, thus allowing them to quickly gain followers amongst the defence community on twitter, etc.

The new website (defencehub.com) will serve as a sibling website to defencehub.live. This website is a forum, whereas the new one is a blog/news website. However, we did something quite special. We linked both websites. For example, when an article from defencehub.com is posted here and you comment on it, this comment will also appear on the original article at defencehub.com. There will also be a very exciting war map feature that we are fine tuning, you will be able to track conflicts from there once ready. 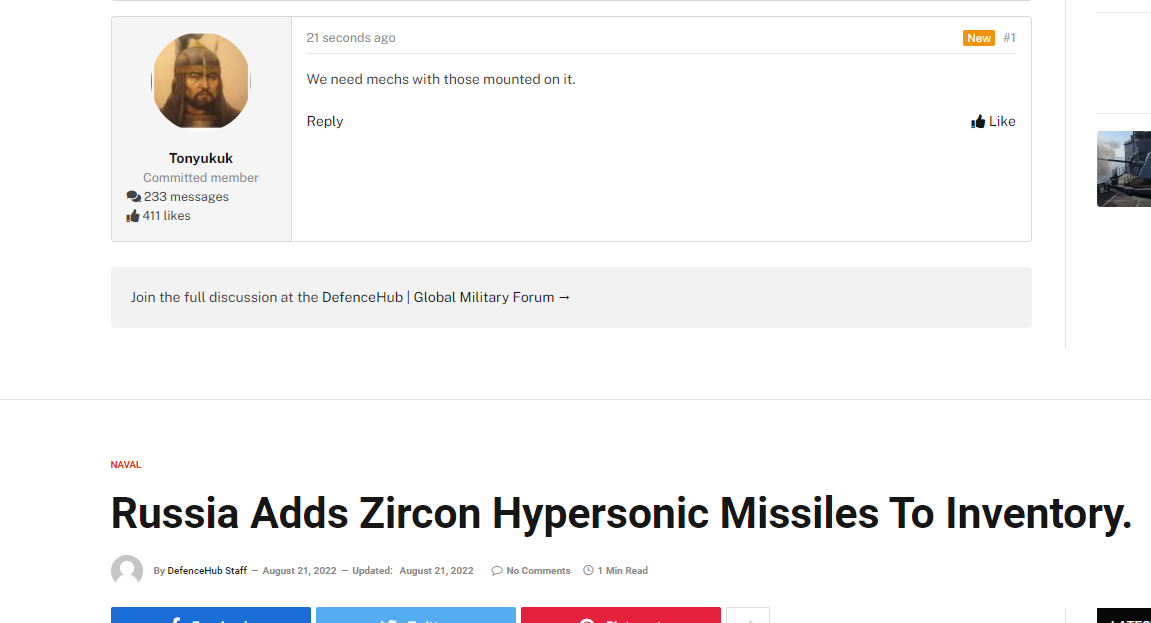 If you are a newer user, you probably aren't synced yet, we will sync you in the coming days. If anyone has any enquiries or suggestions please leave them here.

Overall, we are very excited to finally release defencehub.com. We can't wait to see how it will transform in the next year.

On a final note, we did not intend to release defencehub.com on defencehub.live's second birthday. This was a pure coincidence.

Meanwhile, DefenceHub.com is open to all members. We look forward to reading your Articles from your countries..
A

Nice nice. It feels like it's only yesterday I enter the forum.

This is a big leap forward for the forum!

Wow, 2 years is crazy….. Time is passing way too fast

Since you chose the name you did, this should amuse and interest you: