China’s J-11D fighter jet, often called the Chinese version of the Russian Su-35, is reportedly using the same technology as that of the J-20. Interestingly, this aircraft was once known to be competing with the fifth-generation stealth warplane for funding.

The J-11D is the successor to the original J-11 that was introduced in the late 1990s as a licensed variant of the Russian Su-27 Flanker. The airframe of J-11 is made of titanium and aluminum alloys.

Its fuselage section integrates the cockpit, as well as the radar sections and avionics bay. While the fundamental J-11 version utilizes several components made by Russia, the indigenously developed J-11B variant comes equipped with Chinese-built avionics and weapon systems even as it uses the same airframe as that of the J-11.

The J-11D exhibits multiple features expected to be present in a “fourth-generation plus” air superiority fighter. It integrates 3D thrust vectoring and an expanded armaments suite along with more weapons hardpoints.

Not only does the J-11D have a newer, better active phased array radar and a retractable, in-flight refueling system, but it has also incorporated technologies developed for the J-16 fighter jet.

It reportedly uses more composite materials in its wings and tail. The aircraft will likely have the capability to fire PL-10 and PL-12 (SD-10), both of which are advanced air-to-air missiles.

Back in 2019, it was reported that the two major Chinese fighter jets — the J-11D and the J-20 — despite having quite distinctly differentiated missions, seemed to be competing for prioritized funding.

The fifth-generation J-20 ‘Mighty Dragon’ costs a lot and there was much unpredictability in the context of combat deployment. This implied that upgrading and making improvements to the J-11 series aircraft would continue to be a very crucial task for China.

However, other than the fact that the two jets are developed by rival Chinese aircraft corporations — Shenyang and Chengdu, the J-11D was never supposed to be a competitor to the J-20. 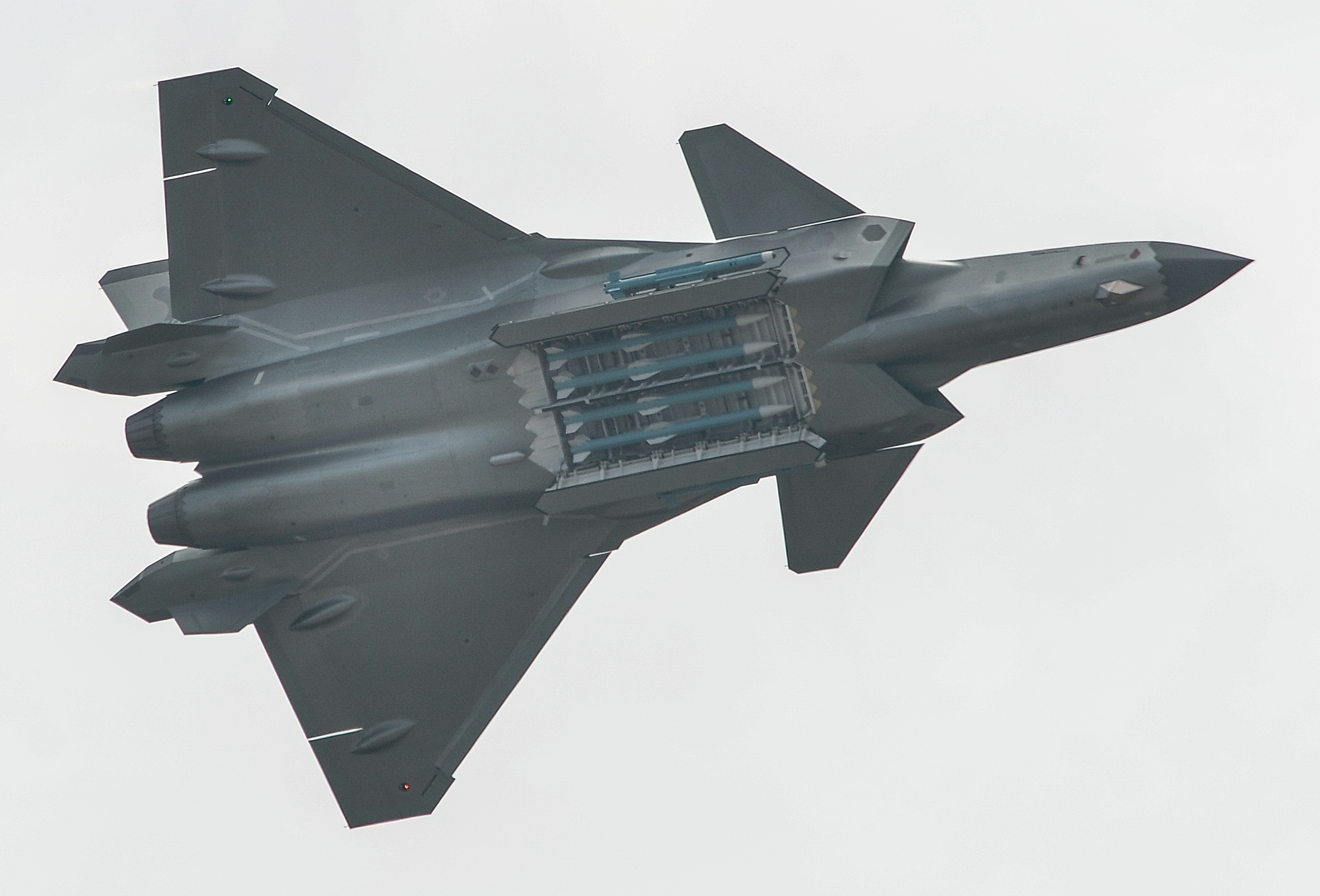 A Chinese J-20 armed with PL-15 missiles. (Wikipedia)
The J-20 is a long-distance strike aircraft designed to destroy soft targets and critical infrastructure behind enemy airspace. The J-11D, on the other hand, is an air superiority fighter that flaunts and builds on the dogfighting potential of its J-11 predecessor.

But the J-11D seems to have drawn inspiration from the J-20 model. For instance, in 2019, plans for integrating the Distributed Aperture System – an advanced technology used only by the J-20 and F-35 fighters to enhance situational awareness of the aircraft – were revealed.

Although the Chinese J-11D has impressive capabilities and technical characteristics, it isn’t exactly comparable to the super-maneuverable Russian Su-35 multirole fighter. In fact, developing the variant was China’s way of trying to radically increase the capabilities of the Flanker family and improve their performance.

The two aircraft have differing airborne radio-electronic equipment installed on them. Moreover, the fuselage design, frame construction, aerodynamics, and pneumatic aspects of the two jets are also quite varied.

The Su-35 was designed in the 2000s, and thus, has been quite dependent on technologies developed in the 1990s. On the other hand, the J-11D is much more sophisticated and is probably set to surpass the Russian Flanker in terms of combat performance.

The Chinese jet is expected to have a stronger, yet lighter airframe owing to the use of composite materials. The J-11D is reportedly set to complement its so-called “pseudo stealthy” airframe with radar-absorbent coatings. The aircraft’s Russian counterpart clearly lacks this quality.

The presence of a miniaturized active electronically scanned array (AESA) radar, a next-generation technology, onboard the J-11D also sets it a league ahead of the Su-35. This piece of state-of-the-art technology will provide the aircraft with superior situational awareness compared to other Flanker variants.

This would in turn potentially increase its detection range by almost 80 percent. This radar has been integrated into fighter aircraft such as the Japanese F-2 and American F-22 in the early 2000s. The Chinese PLA’s J-20 and J-10C also feature the miniaturized radar.

As previously mentioned, the J-11D could also potentially integrate a Distributed Aperture System. Owing to a lack of funds, the Russian Air Force is unlikely to be able to support the development of such a system for its own Flankers, at least in the foreseeable future. 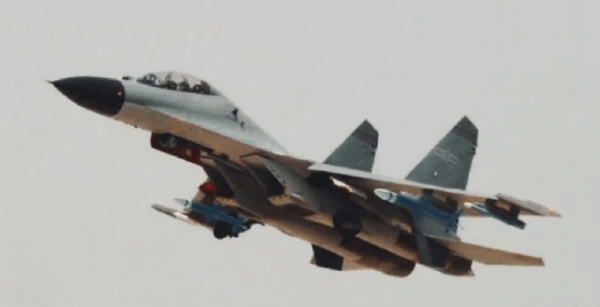 China’s J-11D fighter jet, often called the Chinese version of the Russian Su-35, is reportedly using the same technology as that of the J-20. Interestingly, this aircraft was once known to be competing with the fifth-generation stealth warplane for funding. Post AUKUS Setback, France Eyes ‘Big...