The US "should stop going further down the wrong direction" after a second group of American lawmakers arrived in Taiwan, Beijing's UN envoy warned on Monday.

The delegation of US lawmakers arrived in Taiwan on Sunday evening on a two-day visit that is likely to further escalate US-Sino tensions after China reacted with fury to House Speaker Nancy Pelosi's visit earlier this month.

In response to Pelosi's visit, Beijing launched large-scale military drills near Taiwan, and drew down cooperation with the US on military-to-military contacts and climate change.

"The whole world is seeing clearly who is provoking, who is changing the status quo, and who is trying to create troubles in that part of the world," Zhang Jun told reporters at the UN's New York headquarters.

"And for China, definitely, we will continue to do whatever we can to defend our sovereignty and territorial integrity. It shows also clearly that the countermeasures we have taken in response to such provocative acts are justified, are legitimate," he added.

The ongoing congressional visit is being led by Senator Ed Markey, and includes four lawmakers from the House of Representatives.

Ties between Washington and Beijing have frayed significantly in recent weeks following Pelosi's visit to Taiwan, which was conducted in spite of repeated warnings from China. China views the trip as a threat to its claims of sovereignty over the island, which has ruled itself since 1949.

China views Taiwan as a "breakaway province," and has vowed to reunify it, including by force if necessary.

Apart from the show of military might, Beijing has downgraded military dialogue with the US and suspended cooperation on climate change issues, along with six other countermeasures. 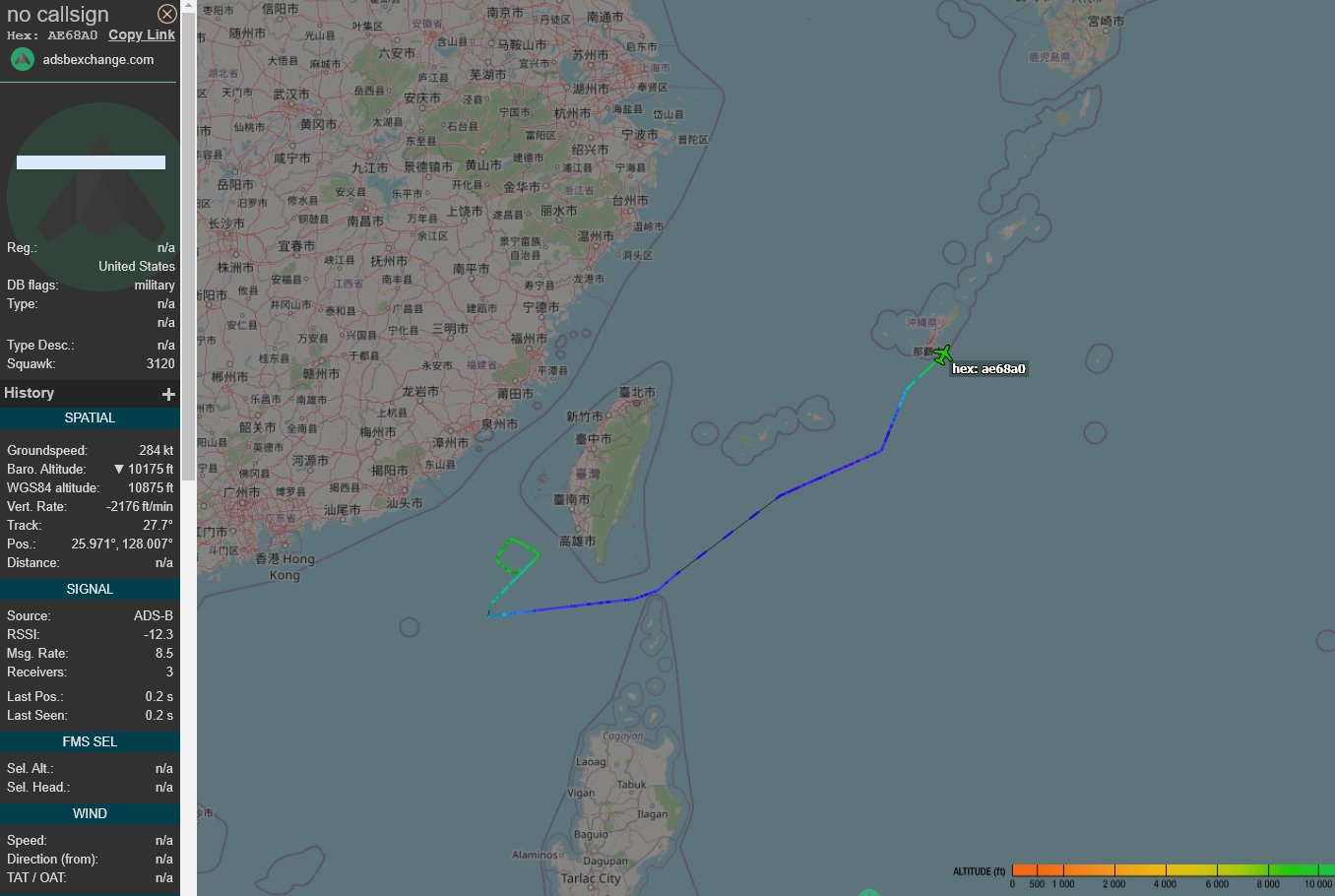 Two U.S. Navy warships sailed through international waters in the Taiwan Strait on Sunday, the first such operation since a visit to Taiwan by U.S. House Speaker Nancy Pelosi enraged China which regards the island as its territory.

The U.S. Navy, confirming a Reuters report, said cruisers Chancellorsville and Antietam were carrying out the ongoing operation. Such operations usually take eight to 12 hours to complete and are closely monitored by China's military.

In recent years, U.S. warships, and on occasion those from allied nations such as Britain and Canada, have routinely sailed through the strait, drawing the ire of China which claims Taiwan against the objections of its democratically elected government.

Pelosi's Taiwan trip in early August infuriated China which saw it as a U.S. attempt to interfere in its internal affairs. China subsequently launched military drills near the island which have since continued.

"These (U.S.) ships transited through a corridor in the strait that is beyond the territorial sea of any coastal state," the U.S. Navy said.

The operation demonstrates the United States' commitment to a free and open Indo-Pacific, and the U.S. military flies, sails and operates anywhere international law allows, the Navy said.

John Kirby, a spokesperson for the U.S. National Security Council, echoed that position on CNN, saying the ships' passage was "very consistent" with the U.S. "one-China" policy and of seeking "a free and open Indo-Pacific."

Kirby added that the operation was planned long ago.

The Chinese military's Eastern Theater Command said it was following the ships and warning them.

"Troops in the theater remain on high alert and are ready to thwart any provocation at any time," it added in a statement.

Taiwan's defense ministry said the ships were sailing in a southerly direction and that its forces were observing but that "the situation was as normal".

The narrow Taiwan Strait has been a frequent source of military tension since the defeated Republic of China government fled to Taiwan in 1949 after losing a civil war with the communists, who established the People's Republic of China.

Pelosi's visit to Taiwan was followed around a week later by a group of five other U.S. lawmakers, with China's military responding by carrying out more exercises near the island.

Senator Marsha Blackburn, a U.S. lawmaker on the Senate Commerce and Armed Services committees, arrived in Taiwan on Thursday on the third visit by a U.S. dignitary this month, defying pressure from China to halt the trips. read more

The administration of U.S. President Joe Biden has sought to keep tension between Washington and Beijing from boiling over into conflict, reiterating that congressional trips are routine.

The United States has no formal diplomatic relations with Taiwan but is bound by law to provide the island with the means to defend itself.

China has never ruled out using force to bring Taiwan under its control.

Taiwan says the People's Republic of China has never ruled the island and so has no claim to it, and that only Taiwan's 23 million people can decide their future. 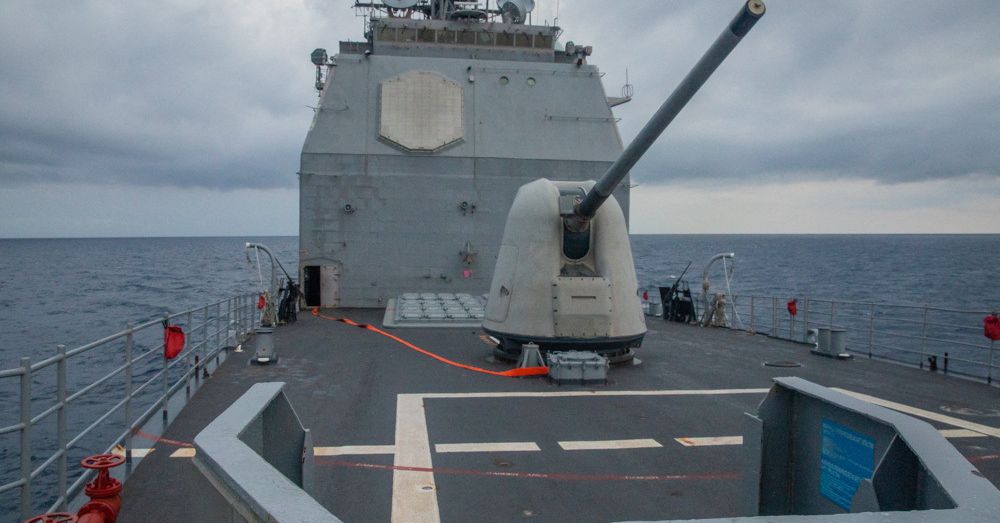 Two U.S. Navy warships sailed through international waters in the Taiwan Strait on Sunday, the first such operation since a visit to Taiwan by U.S. House Speaker Nancy Pelosi enraged China which regards the island as its territory.

China also has its own wagner groups and pmc's
A

China also has its own wagner groups and pmc's
Click to expand...

Who wants to hire them ?

AlphaMike said:
Who wants to hire them ?
Click to expand...

Erik prince playing a role too.

Speaking at a Liberal Democratic Party seminar in Yokohama, Aso said that if Taiwan responds to a Chinese attack, it is likely that Yonaguni Island in Okinawa Prefecture and Yoronjima Island in Kagoshima Prefecture will become combat zones and there is a high possibility of war in these areas, according to The Nikkei.

At least in the East China Sea, the South China Sea, and the Taiwan Strait, there will definitely be fighting, he said.
During a fundraising party in July, Aso said, "If a major problem took place in Taiwan, it would not be too much to say that it could relate to a survival-threatening situation (for Japan)," according to Kyodo News.


Last year, he pointed out that a “crisis situation" refers to a country with close ties to Japan being attacked by force, thereby forming a "dangerous state that threatens the survival of the Japanese nation and clearly and fundamentally subverts the lives and rights of its citizens," per CNA. Taiwan shoots down drone off Chinese coast for first time​ 
Taiwan’s military has shot down for the first time an unidentified civilian drone that entered its airspace near an islet off the Chinese coast, after the government vowed to take tough measures to deal with an increase in such intrusions.
Beijing, which claims Taiwan as its own against the objections of the Taipei government, has held military exercises around the island since early last month in reaction to a visit to Taipei by the US House of Representatives speaker, Nancy Pelosi.

Taiwan’s government has said it will not provoke or escalate tensions but has been particularly angered recently by repeated cases of Chinese drones buzzing islands controlled by Taiwan close to China’s coast.
The defence command for Kinmen, a group of Taiwan-controlled islands opposite the Chinese cities Xiamen and Quanzhou, said in a statement released by Taiwan’s defence ministry that the drone entered restricted airspace over Lion Islet just after midday local time (0500 BST). 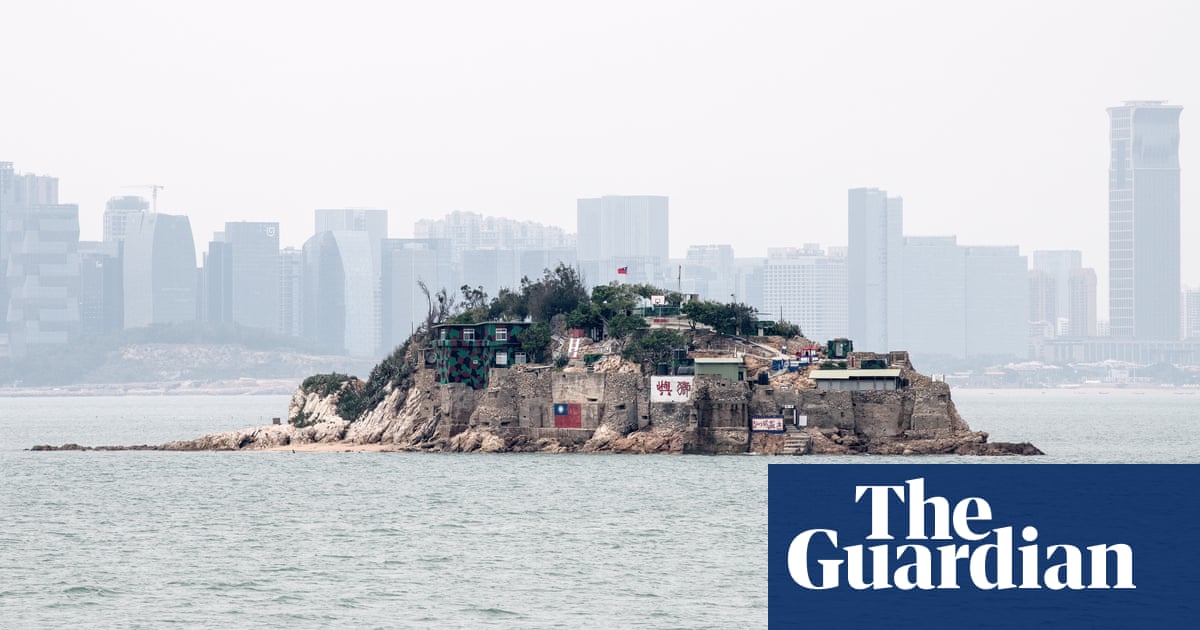 Taiwan shoots down drone off Chinese coast for first time 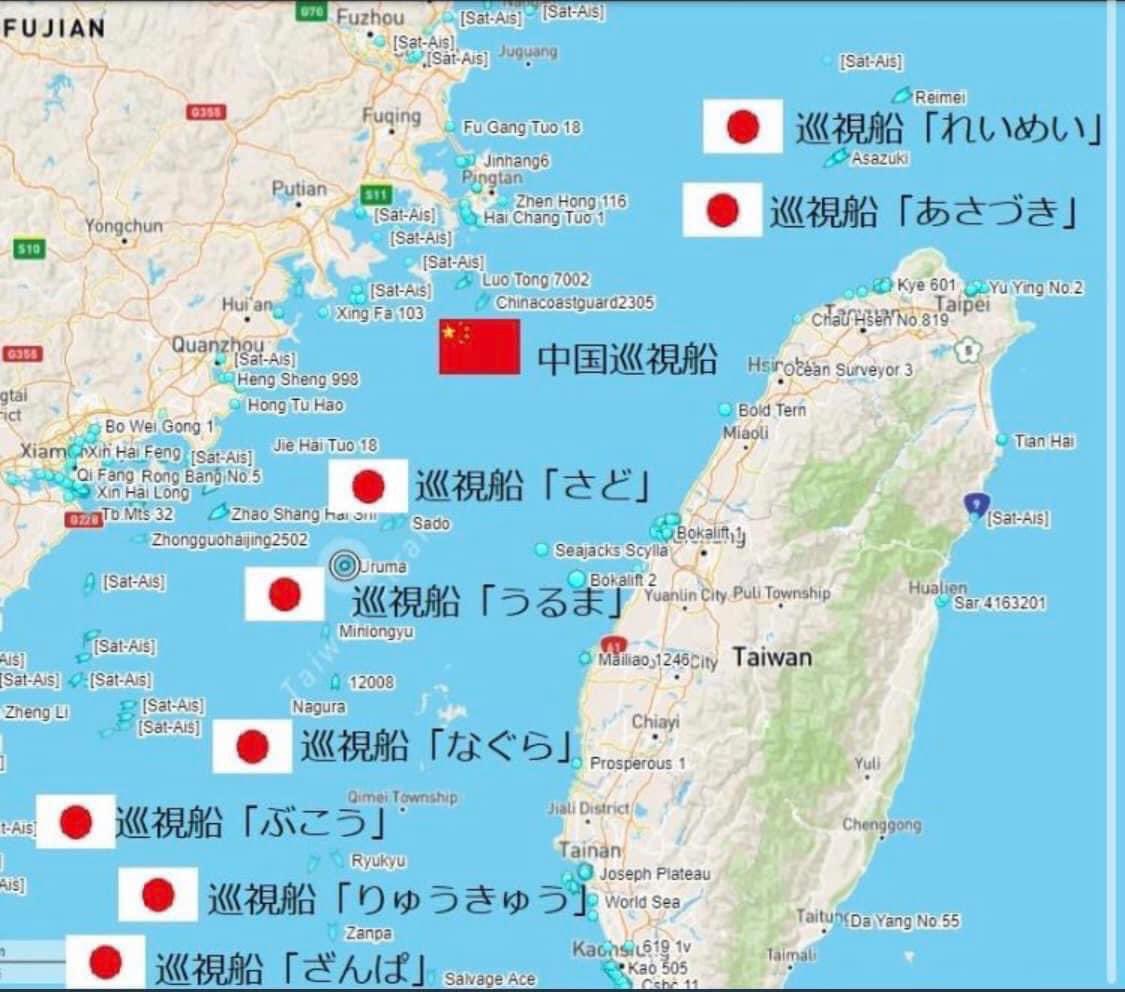 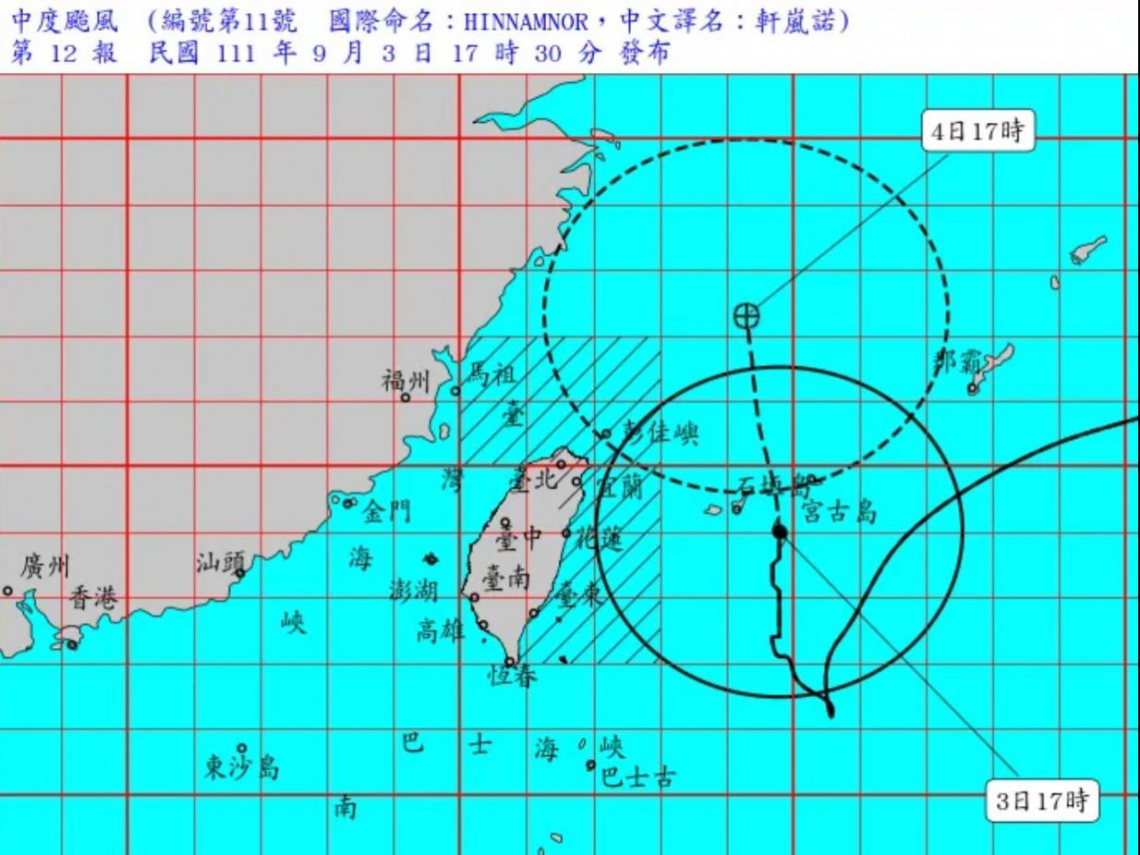 Typhoons around Taiwan resulted in Japanese coast guard vessels taking refuge in the Taiwan Strait. It is said that the waves are 4 meters long. 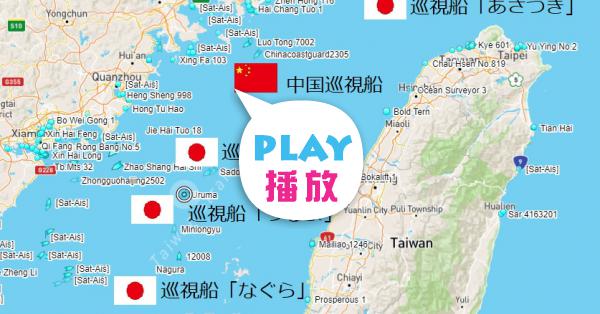 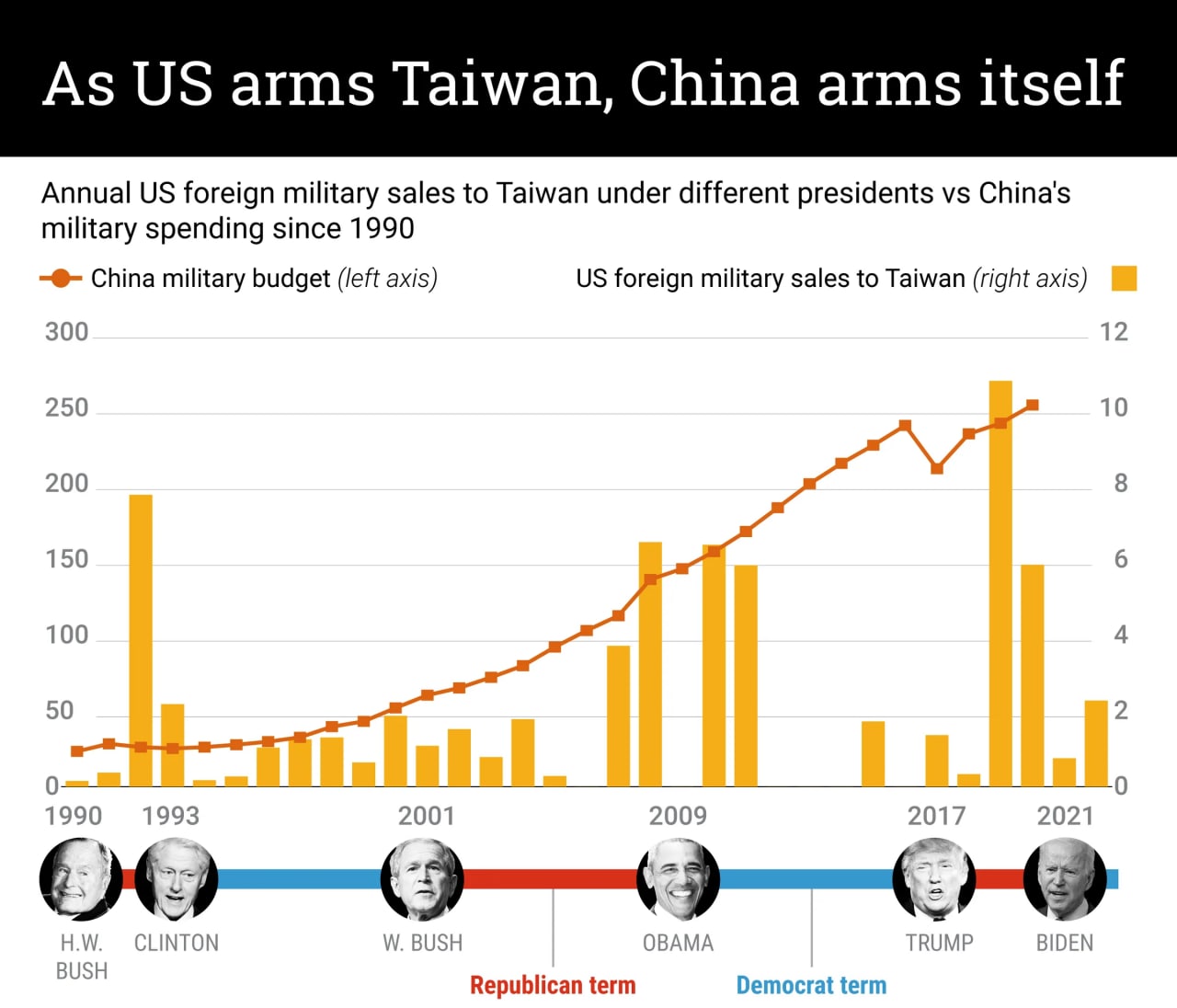 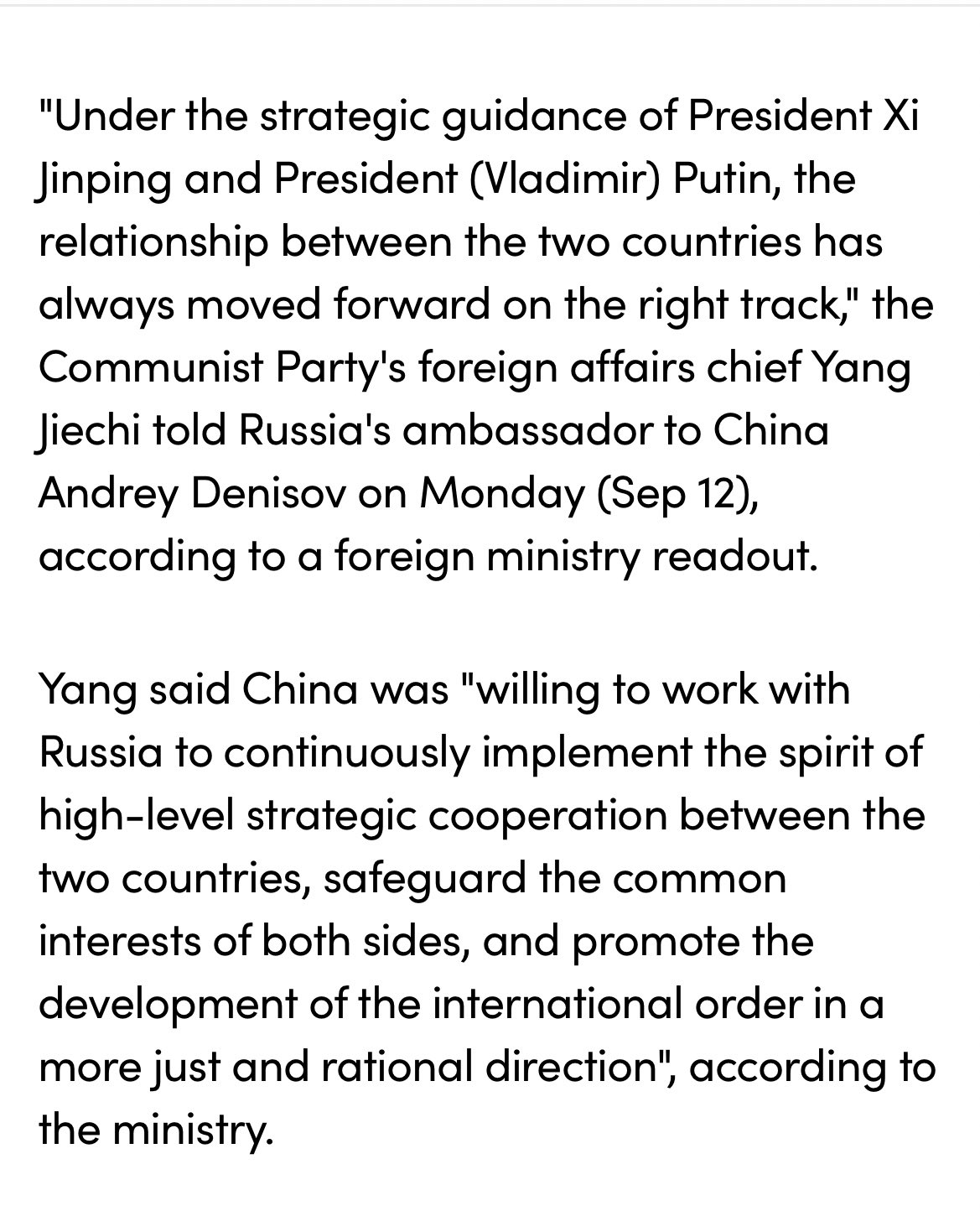 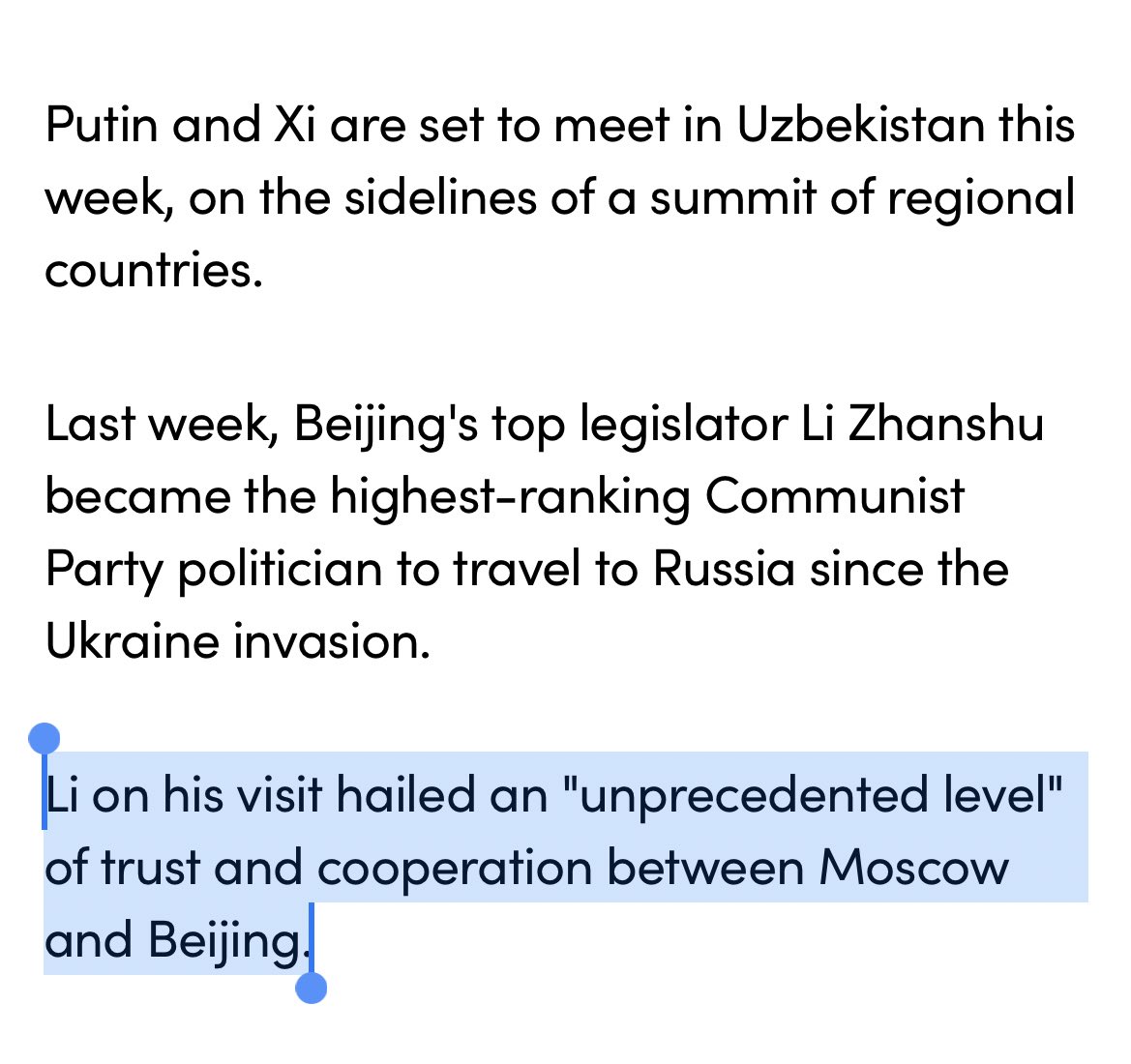