Eight people, including 2 Iranian agents, were sent to smuggle M.A., an Iranian ex-serviceman residing in Van, to Iran and were arrested in a joint Police-MIT operation on 24th September.​

In less than a month at least 2 spy groups were arrested (there may be more that we don't know about). One was a Russian spy group consisting of 6 members with the aim of armed assault, military and political espionage. They were caught with weapons, equipment, money and their documents. The second is the Iranian group of 8 people which were tasked to smuggle an ex-Iranian military personnel. The group had a 30.000 $ budget in order to create a spy network in and around Van city so the hijack operation is successful. Both out intelligence and counter-intelligence are working on a very good level.

The Turkish intelligence was also one of the deciding factors for the capturing of the senior DEASH leader Sami Jasim.

I do like Hakan Fidan a lot. He’s doing well. Not spoken of much, not visible, but effective.

How good do you think Turkish intelligence is? Is it enough against Israel and America now?

Turan said:
How good do you think Turkish intelligence is? Is it enough against Israel and America now?
Click to expand...

what do you want to hear? Yes? CIA's budget is more than the army budget of many countries

Okan said:
what do you want to hear? Yes? CIA's budget is more than the army budget of many countries
Click to expand...

İ want to hear your impressions generally about MİT.

Over the last years Iran kidnapped and assasinated many Iranian citizens on Turkish soil. For years, MIT could do nothing. Hopefully, they continue with doing something.

Details of the operation were revealed. A Iranian female spy was contacting the Iranian ex-military Pilot Major Mehrdad Abdarbashi. The network was planning to drug and smuggle him to Iran but he was rescued by the Turkish security forces. Prior to the hijack attempt it was revealed that the Iranian intelligence was putting pressure on the ex-wife of the victim and was offering her 10.000$ in order to participate in the operation.

He came to Turkey as a refugee after Iran tried to force him to participate as a pilot for the Assad regime in Syria and was living in Van. 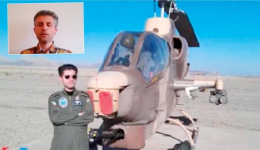 It is known that the network worked with the Iranian drug dealer network of the drug giant Naji Sharifi Zindashti. Zindashti has relations to the darkest people in the State including FETO. FETO used him as a tool in the "Ergenekon" case against our most beloved commanders in the Turkish Armed Forces and important elements in the State. He is connected to the death of many important people and allegedly in the death of AKP MP Burhan Kuzu who worked closely with Zindashti and was most probably going to talk against him in the court. 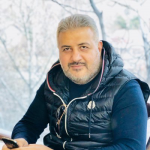 The most recent hijack operation of Zindashti on Turkish soil is the hijacking of opposition figure Habib Chaab. 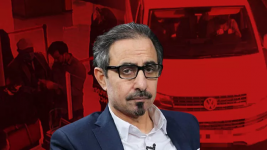 The Iranian spy network acted exactly with the same plan in that successful operation. Habib Chaab was living in Sweden for a long time and received a call from a woman called "Sabreen" according to sources. Some claim they were married but it is not confirmed. She infiltrated the ASML organization and was choosing victims. After Sabreen and Habib Chaab engaged in a relationship she said to him that she wants to meet him and solve a financial issue between them and talk in Istanbul. When Habib Chaab came to Istanbul and met her she used the opportunity to drug him and hijack him together with the whole team (in which a nephew of Chaab also took place). He was transported from Istanbul to Van and then smuggled to Iran.

In the following investigation MIT revealed what happened and arrested 11 people from which 9 members of the Iranian intelligence network participating in the operation were detained.

@crixus Good material for you.