Air-Force Greek pilots have started their training on the Rafale 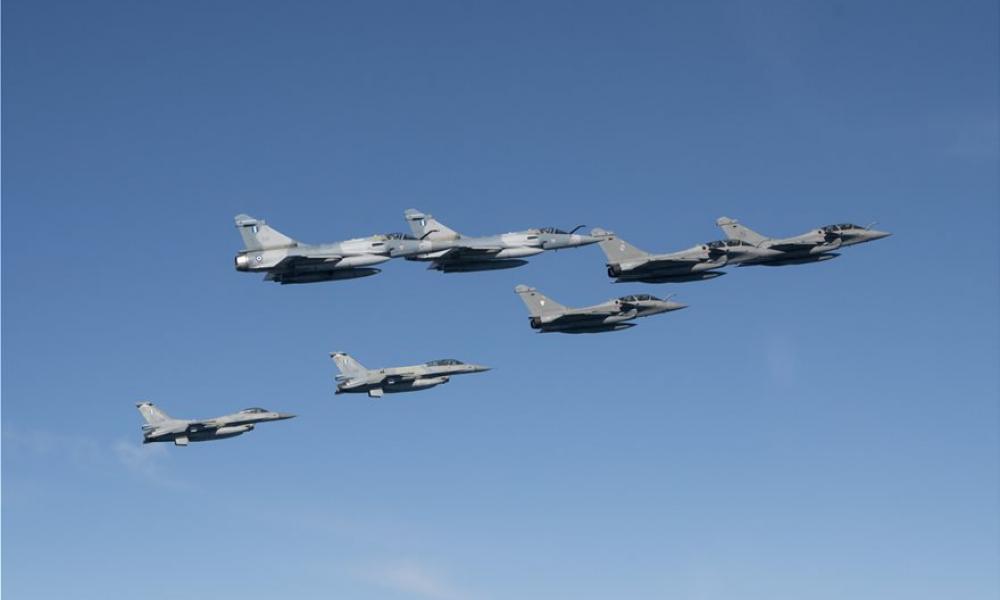 The four Greek pilots in the cockpits of Rafale​

The Rafale is described as the completely pilot-friendly fighter and of course the "gunpowder-smoked" Greek pilots have so far not faced the slightest problem in in-aircraft training.


The four Greek pilots in the Rafale cockpits are already "swallowing" the first miles in the French sky. The training of the pilots of the Air Force in the "nest" of the French "Delta Wings" has both metaphorically and literally "taken off" with our pilots having already passed to the next stage which provides the familiarity in the air with the fighter. Initially together with the French trainers and gradually "solo" with the Greek "hawks" alone in the fighters. And it may seem logical for the three Greek pilots who come from Mirage to "learn" faster in the secrets of Rafale, however, according to information, the progress of the fourth pilot who previously flew with an F-16 is equally impressive.. The "frame" of the Greek aviators has so far stolen the impressions with the zeal with which it has devoted itself to education. The first theoretical lessons in the halls were completed with excellent results and not just on schedule but completely according to the planning of the training and the HAF pilots gradually switched to the simulator but also to the fighters, as reported by Costas Sarikas in newpost.gr.

The Rafale is described as the absolutely pilot-friendly fighter and of course the "gunpowder-smoked" Greek pilots have so far not faced the slightest problem in the training inside the aircraft. After all, the experience in the particularly demanding Aegean and the almost daily state of absolute vigilance on which the "hawks" of HAF are "nurtured" for decades now are a "passport" to successfully pass every test. They keep their heads down as they know that difficulties and great challenges lie ahead. After the familiarity in the air will follow the "war" preparation where the pilots will enter into air combat processes of all kinds. Initially in small formations and then in complex conditions of high difficulty. There they will learn the "secrets" of the Rafale, the high capabilities of the fighter, the armament and its modern electronic systems such as the Aesa radar and the Spectra self-defense system. However, according to the first impressions, the feeling that the Greek pilots have is that in the difficult and demanding environment of the Aegean, the Rafale is the ideal fighter to give complete air superiority to the Air Force.

According to the plan, the first four pilots will be the trainers for the next eight HAF pilots who will be the new trainee pilots in Rafale in the near future . According to information, they will also go to France in the near future to start the "fast-paced" courses. The goal is for the first Rafale War Squadron in Greece in 2022, the 332nd "Falcon" Squadron to have twelve pilots ready to fly the first of a total of 18 French fighters that will already be received by the Air Force.

However, apart from the pilots, the "heart" of the new Squadron will be the technical staff who will also have the responsibility to fly the Rafale with the Greek Coat of Arms on their wings armed and safely. The results of the training of the technicians so far, according to the information from France, are correspondingly impressive . Inside the rooms and in the hangars of the Air Base in Mont De Marsan, they "radiograph" and study every part of the fighter until the last screw.