US life expectancy falls by a year amid pandemic​


Life expectancy in the US fell by a full year in the first half of 2020, a change experts say was fuelled by the growing coronavirus pandemic.

The life expectancy for the entire population dropped to 77.8 years, according to a report by the Centers for Disease Control.

"This is a huge decline," Dr Robert Anderson, the CDC's Chief of Mortality Statistics, told the Associated Press.

But there were even greater changes among ethnic minority groups.

And Hispanic men saw a fall in life expectancy of 2.4 years during that period. The fall among Hispanic women was lower, at 1.1 years.

"You have to go back to World War Two, the 1940s, to find a decline like this," Dr Anderson said.

Experts say that ethnic minority communities have borne the brunt of the pandemic, as they are more likely to work in frontline low-wage jobs and endure crowded living conditions.

The decline means life expectancy at birth is now 75.1 years for American men - a decline of 1.2 years from 2019. For women, life expectancy is 80.5 years after it fell by almost a year. 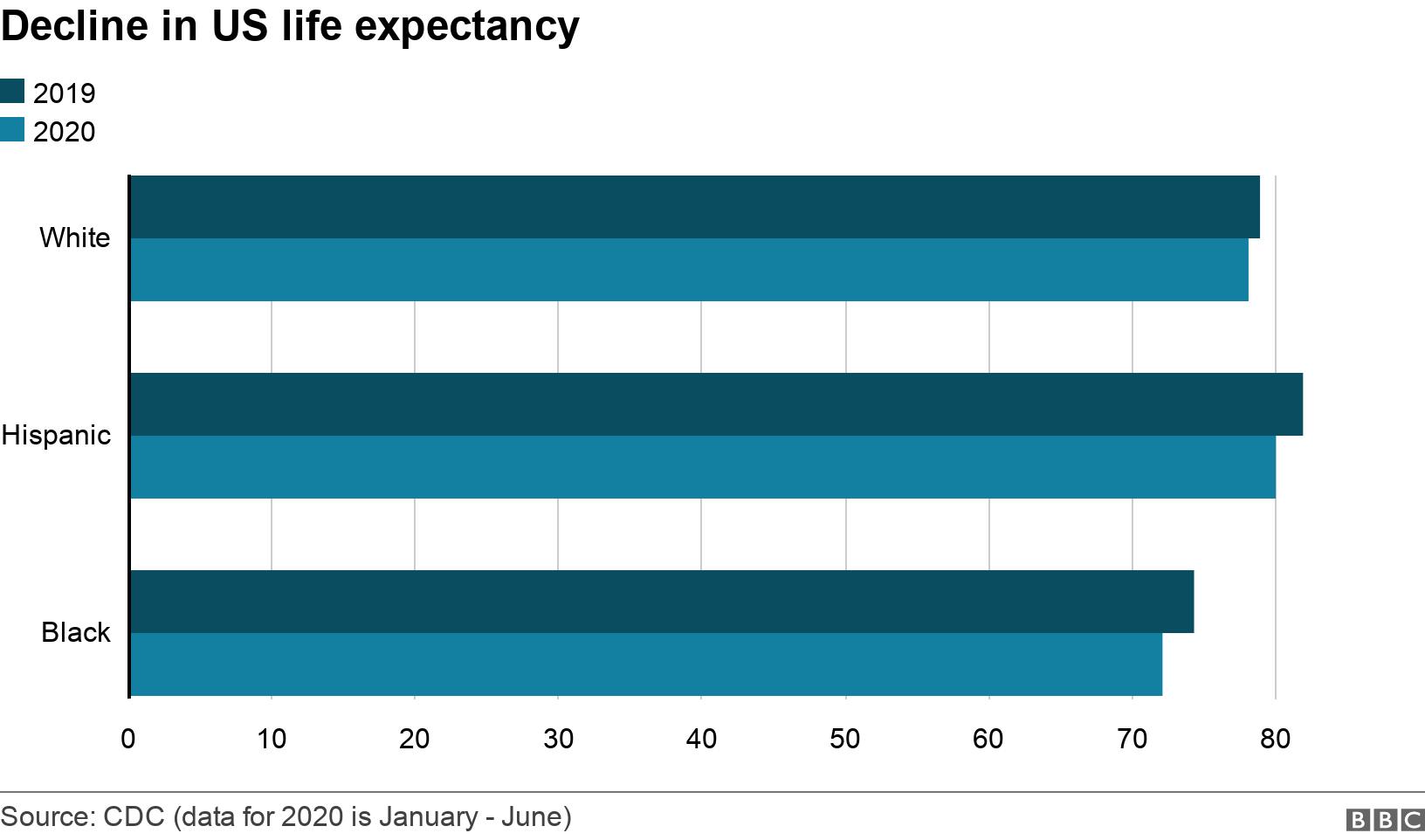 Deaths from coronavirus were a key factor driving the overall drop in life expectancy, according to the CDC report. They made up about two-thirds of excess US deaths in 2020.

But analysts say the latest CDC figures reflected only the first wave of Covid deaths, including deaths from other causes which the pandemic has affected. The figures for the next six months are expected to be worse.

Statistics have also shown how the pandemic is disproportionately affecting black and other minority communities in the US. Black Americans are three times more likely to die from the virus than white Americans, and the life expectancy of males has fallen by three years and females by 2.3 years.

Analysis by the Brookings Institution published last year said: "In every age category, black people are dying from Covid at roughly the same rate as white people more than a decade older."

Meanwhile the smallest decreases were among white men and women - of 0.8 years and 0.7 years respectively.

The latest CDC data is based on death certificates processed during the first half of 2020. Given the six-month timeframe, the report notes that the estimates "do not reflect the entirety of the effects of the Covid-19 pandemic in 2020".

It also makes clear that the virus affected different areas of the country at different times, with urban communities more likely to have been hit hard during the early months of the year.

"Life expectancy at birth... may be underestimated since the populations more severely affected, Hispanic and non-Hispanic black populations, are more likely to live in urban areas," the report says.

But the virus was not the only factor behind the change. The CDC also notes "increases in provisional drug overdose deaths through early 2020". 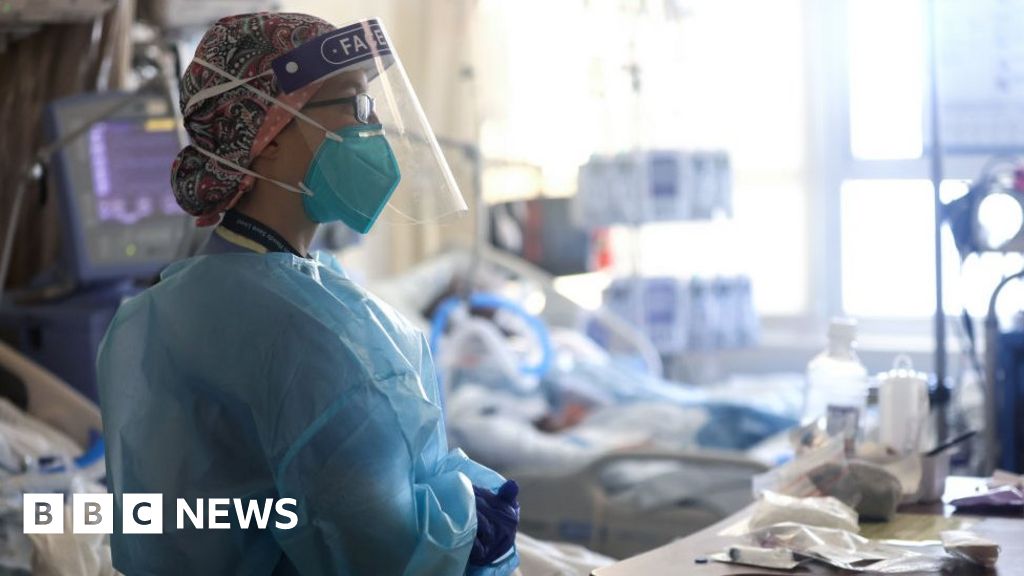 Coronavirus: US life expectancy falls by a year amid pandemic

It is the largest decline in decades and the coronavirus pandemic is a major factor, experts say.
www.bbc.com

US is becoming a failed state, past glory is gone.

President Joe Biden has addressed the nation as the US passed the figure of 500,000 Covid-related deaths, the highest number of any country.