A multi-year, multi-million-dollar contract has been awarded by the US Department of Defense to IAI to develop and deliver POINT BLANK 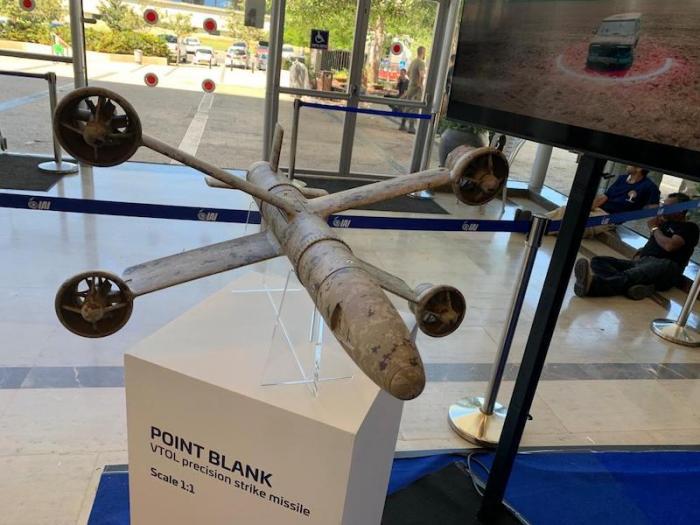 Israel Aerospace Industries (IAI) have unveiled their POINT BLANK electro-optically guided missile, that can be carried in a soldier’s backpack. The system answers the battlefield requirement to provide tactical units ranging in size from small tactical teams to battalion level, with an independent and organic capability to increase their lethality. POINT BLANK allows these units to attack a variety of targets in real time with great precision and high lethality, without the need for support.
The missile is hand-launched, operated by a single soldier, and can take off from and land vertically back to, the soldier’s hand.

IAI, as prime contractor, has been competitively awarded a multi-million-dollar contract by the Irregular Warfare Technical Support Directorate (IWTSD) of the US Department of Defense (DoD) to rapidly develop and deliver “ROC-X” a version of the POINT BLANK system that meets specific US DoD requirements for the purpose of increasing the organic precision strike lethality and survivability of small tactical teams. IAI will provide the first prototypes and training to DoD for Operational Testing & Evaluation in FY 23. 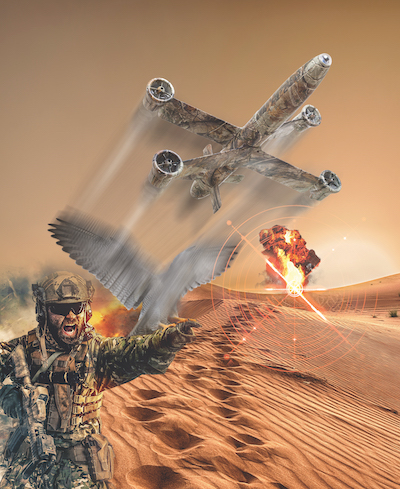 POINT BLANK weighs about 15 lbs and is about 3 ft long. The missile can fly at altitudes above 1,500 ft, at a maximum speed of 178 mph (186 kph) and can hover or loiter in the air while the target’s nature and exact position is confirmed prior to attack. Thanks to IAI’s advanced manufacturing technologies, the missile can carry electro-optical systems to validate and collect surveillance information in real time, and it is also being developed to be equipped with a warhead to destroy the target.
IAI’s Executive VP Systems, Missiles & Space Group, Mr. Guy Bar Lev said: “POINT BLANK joins Israel Aerospace Industries’ family of missiles, to provide ground-based tactical forces with more precise capabilities to undertake offensive operations especially against short-lived targets. We wish to thank the IWTSD for its support and cooperation in the field of precision munitions, confirming, yet again, the importance of tactical missiles to the modern army.
IAI continues to develop and improve a wide range of offensive systems which provide precision operational solutions, and stands firmly to support our US customers.”

IAI is both a national and world center of excellence in the fields of offensive missiles, air defense, radars, satellites, remotely controlled platforms, civil aviation, and cyber, supplying end-to-end solutions for use on land, in the air, at sea, and in space.
POINT BLANK was quietly unveiled during Israel Defense’s FireTech conference, held in Tel Aviv in July 2022. 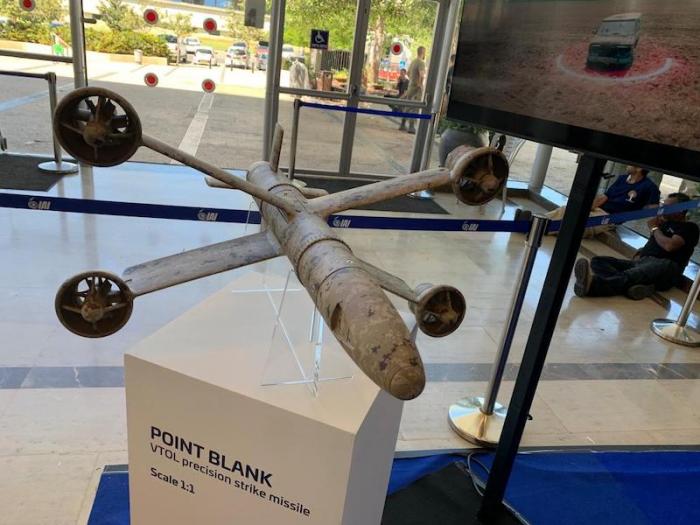 Israel Aerospace Industries (IAI) have unveiled their POINT BLANK electro-optically guided missile, that can be carried in a soldier’s backpack. The system answers the battlefield requirement to provide tactical units ranging in size from small tactical teams to battalion level, with an...