Parry Brima said:
Budget and geopolitic-wise, I'd argue that Superhornets block III is much better option than Vipers :

- Cheaper
- AESA already
- it's basically navy fighters, perfect for our archipelago especially if we want to use them around Natuna sea.
- probe refuelling ability
- A400M friendly.

R4duga said:
lmao, will french able to adapt to our requirements if we insist some planes to come before 2024.
Click to expand...

Maybe If they still pursue about IndoPacific allies as Australia replacement

This can also be considered as a drawback. While I understand that naval fighters have some extra protection against corrosion compared to land-based ones, but they also need to be strengthened more to withstand carrier operations which add more weight and, most likely, also compromised performance.

It's too bad that they have stopped producing AV-8 / Harrier jump jets because if it's for point defense at and around Natuna, I'd argue that this kind of plane is more suitable than CTOL fighters.


Parry Brima said:
perfect for our archipelago
Click to expand...

Unless if you include combat radius into equation. The same can be said about Vipers though.

Indos said:
In early 2022, there will be Singapore Airshow, we can see clearer of what will happen through out 2022 from that single event.
Click to expand...

If it will still runs on schedule.

Fingers crossed, hopefully no further f*ck up regarding this damn virus will affect future shows. I'm still pissed that DSEI Japan had to be postponed due to the Omicron variant which may also affect others.
L

FPXAllen said:
had to be postponed due to the Omicron variant which may also affect others.
Click to expand...

How long will it take for us ?

AlphaMike said:
How long will it take for us ?

I am confident that during Prabowo terms we will get several new fighter.

AlphaMike said:
How long will it take for us ?

As long as the money cair lol. For Egyptian case, we can see that Rafale is relatively fast on their delivery to the costumer. Deal was done in February 2015, Egypt received first at July 2015. CMIIW

Just saying, US will not gonna let Egypt to use AMRAAM from their hundreds of F-16s, at least not in near time. So their F-16 can only use Sidewinder and Sparrow. To accommodate their needs to engage further target, they need Rafale, MIG, and Su-35 that has no restriction from the producers countries.

I see US put "Oh no, aku gak liat" behavior towards Egypt acquisition of Su-35 and other Russian weapons. They only warned the Egypt, but doing nothing, kind of let Egypt do that, don't forget their Junta government also lol. Myanmar, Thailand and Egypt are basically same, but US approach to each countries are different. US relatively still friendly to Egypt and Thailand. The military was did the coup against Morsi who democratically elected as President. As expected, UAE is friendly to the junta rather to the MB/IM, same as UAE's approach towards Tunisian President and Libyan then Tobruk based Khalifa Haftar who was fought against Qatari backed UN recognized Government in Tripoli. Looks like if Khalifa Haftar won presidential election this month, he would normalize Libya-Israel relation, his son was seen went to Israel last or couple of months ago. MBZ seems doesn't have a slice care to democracy, Arab Winter is better for him than Democracy but accommodate Islamists to be on the government.

Fuck, unrelated but worth telling.

NEKO said:
And for EF somehow in the near future there will be quite a number of seken plane available, we can quickly increase jet fighter number with this, we can upgrade it or keep it as is and mainly use it for intercept duty.

While I don't think that there will be decent number of seken Rafale.
Click to expand...

The availability of Tranche 1 is indeed aplenty. From RAF and Luftwaffe alone there'll probably be about 60+ Tranche 1 available soon. RAF even use them only about 40% of their airframe lifespan. It means whoever got them can still fly them for the next 20 years. Pretty sure they'll offer Tranche 1 as interim if we decided to buy the latest ones.


Umigami said:
Not trache 1, they're a dead end.
Click to expand...

Tranche 1 doesn't have air-to-ground capability. It hasn't incorporated AESA and Meteor as well. But, apart from the Austrian ones, Tranche 1 can still fire AIM-120C/D. It's still capable enough for air defense.

Can be upgraded to carry laser designator pod.

NEKO said:
Can be upgraded to carry laser designator pod.
Click to expand...

and upgrading that can add cost and time, so, shall we seek for the gress one

this is crunch said:
and upgrading that can add cost and time, so, shall we seek for the gress one
Click to expand...

How about Gress and seken combo and mix them for each squadron.
Tranche 1 will be for Air to air duty- intercept, escort etc.

How much money can we expect to be spent on new fighter acquisition (excluding for LIFT and IFX) in this decade, does it reach $10 bil?

NEKO said:
How about Gress and seken combo and mix them for each squadron.
Click to expand...

ah yeah, like the Greece did to Rafale F3, 12 seken and 6 brand new, saving time and cost, 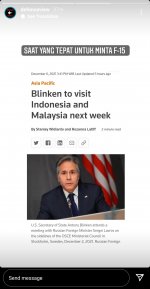 They were pushed to get Superhornet due to nuke platform delivery agreemant with US. They dont get clearence to use Euro FIghter as nuke droping platform from US, obviously US pushed to her own domestic fighter product.

Here are some of my view after late reading some of the posts here:

Two highlights from your arguments which suggest that our chance of getting BOTH Rafale & Eagle 2 would be very slim.

This would mean only Rafale (adding the numbers to 48+) or replace the Eagle 2 with another fighter. Spec wise, the one capable to replace Eagle 2 are Eurofighters or Flankers. Not sure if MoD would be willing to sacrifice the requirements and switch to single engine jets like Falcons/Gripens instead.

Parry Brima said:
Two highlights from your arguments which suggest that our chance of getting BOTH Rafale & Eagle 2 would be very slim.
Click to expand...

Not very slim, its just more tricky. Just like how Aussie Submarine plan unfolded into nuke sub thus killing the deal with France, that show how things could go when one strong nation starting to play their "muscle diplomacy" card. Not necessarily whats going to happen to us, it just a reflection on how things could go on a different direction we intended to be. In the end our national interest must be the first one we have to serve, not others.

Parry Brima said:
This would mean only Rafale (adding the numbers to 48+) or replace the Eagle 2 with another fighter. Spec wise, the one capable to replace Eagle 2 are Eurofighters or Flankers. Not sure if MoD would be willing to sacrifice the requirements and switch to single engine jets like Falcons/Gripens instead.
Click to expand...

Spec is being looked at after operational requirement are set. Our current dillema is more towards fulfilling op req, defense diplomacy/security and allign that with future air defense posture. We cant have them all at the current situation, we must sacrifice some to get some. And those issues are the reason why Viper is still on the table. 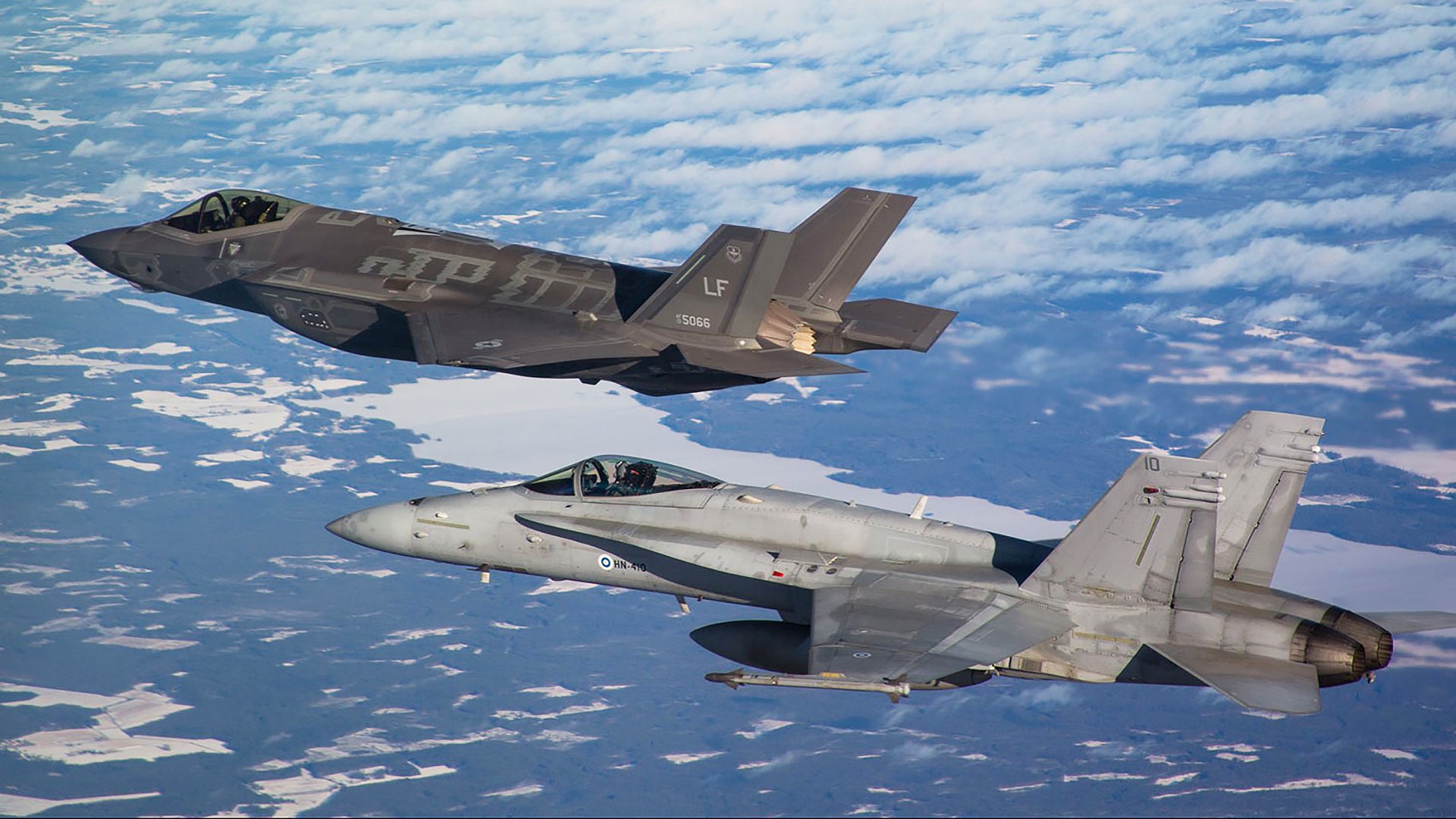 Finland Chooses F-35 As Its Next Fighter: Report

The Joint Strike Fighter looks to have emerged successfully from its latest fighter competition, to replace Finland’s F/A-18 Hornets.