Casual Discussion Is the Plunge in the Nasdaq and Bitcoin the End of a “Superbubble”? 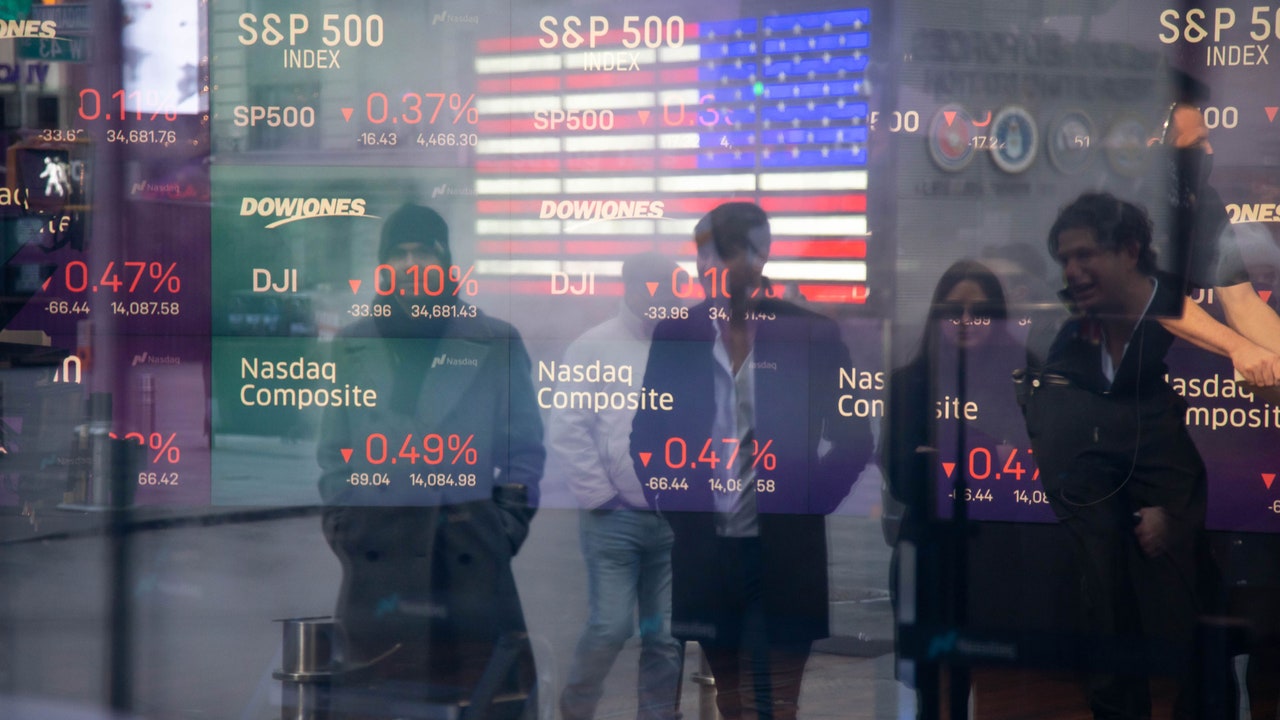 Is the Plunge in the Nasdaq and Bitcoin the End of a “Superbubble”?

Is the Plunge in the Nasdaq and Bitcoin the End of a “Superbubble”?​ 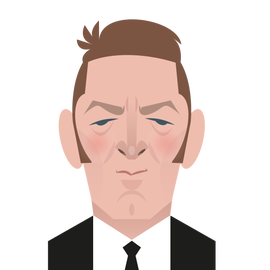 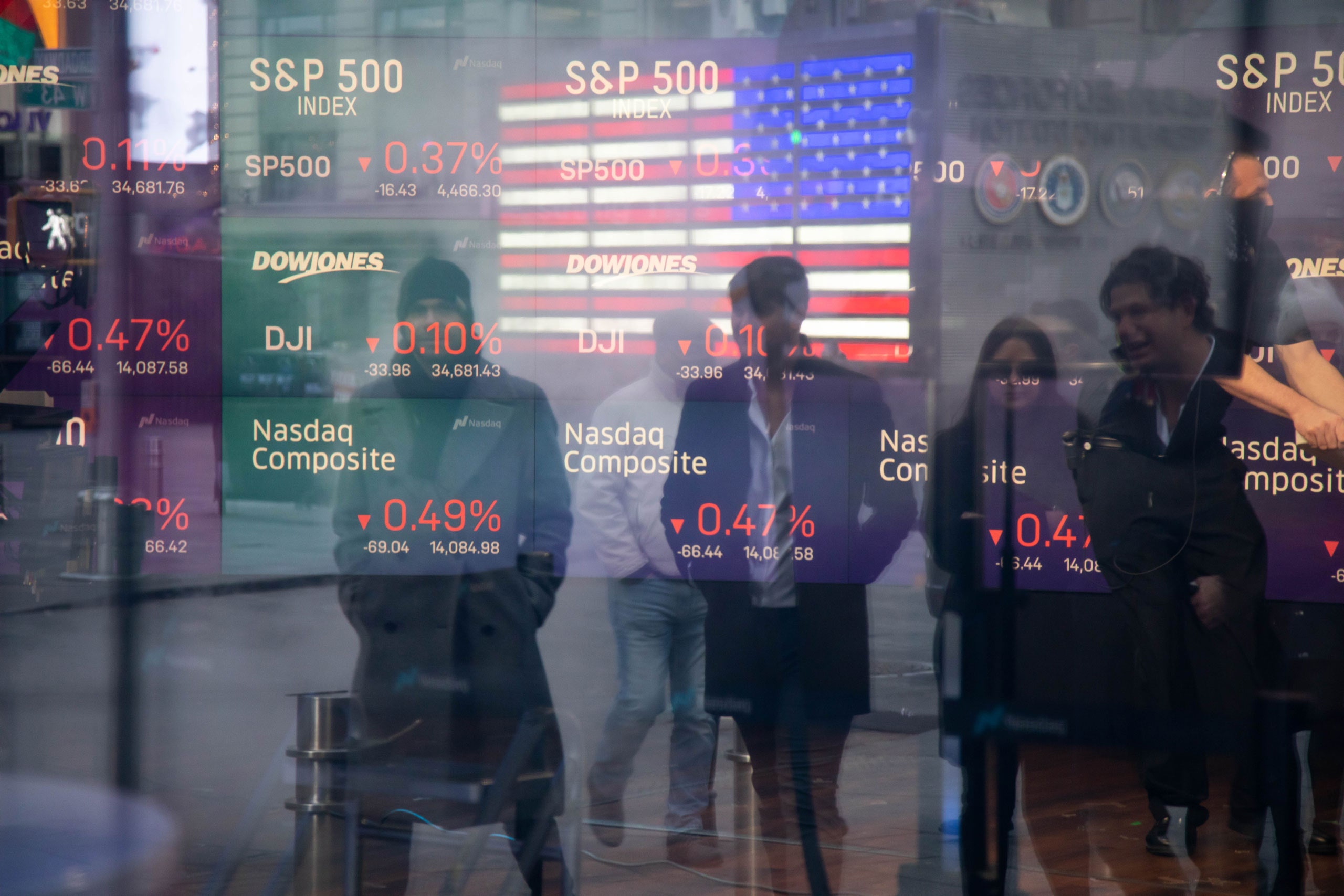 Between its January peak and the close of trading last Friday, the S. & P. 500 tumbled about 8.3 per cent, and the Nasdaq fell about thirteen per cent.Photograph by Michael Nagle / Bloomberg / Getty


Most investment managers tend to give their clients upbeat messages that play up opportunities to make money in the markets. Jeremy Grantham, the eighty-three-year-old co-founder of G.M.O., a Boston-based investment firm, does the opposite. “The long, long bull market since 2009 has finally matured into a fully-fledged epic bubble,” he warned, at the start of 2021. “Featuring extreme overvaluation, explosive price increases, frenzied issuance, and hysterically speculative investor behavior, I believe this event will be recorded as one of the great bubbles of financial history, right along with the South Sea Bubble, 1929, and 2000.” Grantham conceded that it is difficult to predict when a speculative bubble will burst. But, after citing some of the market action in the previous twelve months, including the huge run-up in Tesla, he advised his clients to be cautious, adding: “at some future date, whenever that may be, it will have paid for you to have ducked from midsummer of 2020.”

After Grantham issued this warning, the S. & P. 500 jumped another twenty-seven per cent in 2021, and the Nasdaq index rose by twenty-one per cent. By the start of 2022, a hypothetical investor who had taken Grantham’s advice to sell in the summer of 2020 would have missed a rise in the S. & P. 500 of more than fifty per cent and vast profits. Was Grantham mistaken, then, in issuing his dire warning? Or was he merely early? Between its January peak and the close of trading last Friday, the S. & P. 500 tumbled about 8.3 per cent, and the Nasdaq fell about thirteen per cent. In the same period, the VIX index, which tracks expected volatility and serves as Wall Street’s fear index, shot up about seventy-three per cent. The value of Bitcoin, which boosters call an alternative currency, but which trades more like an inverse-fear index, has plunged by about twenty-five per cent this month.

If Grantham’s warnings are well founded, the stock-market correction could mark the beginning of something much bigger and far more damaging. In his latest market commentary, which G.M.O. posted on its Web site on January 20th, Grantham wrote that the stock-market bubble he’d identified last January had turned into a “superbubble,” which also encompassed bonds, real estate, and, increasingly, commodities. “What is new this time, and only comparable to Japan in the 1980s, is the extraordinary danger of adding several bubbles together, as we see today with three and a half major asset classes bubbling simultaneously for the first time in history,” Grantham declared. “When pessimism returns to markets, we face the largest potential markdown of perceived wealth in U.S. history.” For stock valuations to revert to historical trends, the S. & P. 500 would have to fall all the way to twenty-five hundred, he argued, which would imply a further drop of more than forty per cent.

How much can Grantham’s analysis be relied on? He is known for the timely heads-ups he issued about Japanese stocks in the late nineteen-eighties, U.S. tech stocks in the late nineties, and the housing bubble in 2007. Over the past decade, however, he has also issued a long series of warnings that turned out to be wrong—or very premature. Since at least 2011, he has been warning about a possible collapse in the S. & P. 500, which was then at about thirteen hundred. (On Friday, it closed at 4,397.94.) In 2015, he said that the market was “ripe for a major decline” in 2016, a year in which the Dow Jones Industrial Average rose 13.4 per cent despite a rocky start. On Wall Street, declarations of this nature earned Grantham a reputation as a “perma-bear” whose warnings could be safely discounted—or, at least, temporarily overlooked while you filled your pockets. Right now, though, Grantham’s jeremiads aren’t so easy to dismiss, because the thing that has served as the market’s biggest prop over the past couple of years—extraordinarily loose Federal Reserve policy, owing to the pandemic—seems set to be removed.
VIDEO FROM THE NEW YORKER
When the Giant Cruise Ships Came to Town

Extreme valuations by themselves are often insufficient to burst a market bubble. During the Japanese real-estate bubble of the eighties, prices got so high that it was widely reported that the land surrounding the Imperial Palace was worth more than all the land in California. In the late nineties, the Nasdaq tripled in value in eighteen months. In both instances, many people warned that the price increases weren’t sustainable, but it was only after the central banks hiked interest rates that the air started to come out. Between 1989 and 1990, the Bank of Japan raised its key interest rate from 2.5 per cent to six per cent. Over the next year, land prices peaked, and the Nikkei index tumbled more than thirty-five per cent. The Nasdaq bubble followed the same pattern. Between 1999 and 2000, the Fed, under Alan Greenspan, raised the federal funds rate from 4.75 per cent to 5.75 per cent, citing, among other things, the danger of inflation. In March, 2000, the Nasdaq crashed. A year later, it had fallen by more than sixty per cent.


Past isn’t necessarily prologue, of course. But what is causing the current deep tremors on Wall Street is the realization that the Fed is, once more, preparing to raise interest rates to fight rising prices. A couple of weeks ago, Jerome Powell, the Fed chairman, described inflation, which hit seven per cent in December, as a “severe threat.” On January 25th and 26th, Powell and his colleagues will hold their first policy meeting of the year. At their second gathering in 2022, which is scheduled for March, they may start hiking rates. They have already begun the process of tightening the spigot that they have used to pour more than four trillion dollars into the financial markets since the start of the pandemic—a policy known as quantitative easing. Morgan Stanley’s chief markets strategist, Mike Wilson, recently warned that stocks could fall further—although not nearly as far as Grantham is predicting.

Of course, most analysts on Wall Street and on CNBC remain publicly upbeat. They point out that, even if the Fed raises rates three or four times in 2022, it will still be at a very low level by historical standards, and low interest rates are generally good for stocks. Also, despite the huge gains that the stock market has enjoyed over the past few years, it isn’t nearly as highly valued relative to corporate earnings as it was at the peak of the dot-com bubble. In 2000, the price-to-earnings ratio for companies in the Nasdaq 100 reached a hundred and seventy-five; today, it is only about thirty-six. And there’s one other thing that the bulls focus on: many of the “pandemic stocks,” which investors bid up during 2020, have already fallen sharply. Zoom is down more than seventy per cent from its peak. Peloton is down more than eighty per cent.

Other measures, though, give credence to Grantham’s caution. The cyclically adjusted price-to-earnings ratio on stocks in the S. & P. 500, a metric that the Yale economist Robert Shiller developed to average out short-term changes in corporate profits, indicates that the market is more highly valued than it was in October, 1929. And major reversals in the market, almost by definition, aren’t confined to the most absurdly overpriced stocks. Once a historic sell-off gets going, it often envelops most of the market. In his latest commentary, Grantham described the recent falls in certain speculators’ favorites and cryptocurrency as “the final ‘narrowing market’ phase of a great bubble.”

He also recalled his first experience of a speculative binge, during the late nineteen-sixties, when he made some easy money in speculative stocks, only to lose it all just as quickly. The memory of what happened “makes it easy for me to sympathize with the view that bearish advice in bubbles always comes from old fogeys who ‘just don’t get it,’ because I received that old fogey advice back then and just didn’t listen,” Grantham wrote. He added, “I doubt speculators in the current bubble will listen to me now.” He may well be proved right. With the Dow having risen roughly five hundred per cent since the last extended bear market ended, in March, 2009, the buy-on-the-dip mentality is still deeply ingrained. But stocks don’t go up forever, and the Fed’s U-turn means that the game has changed. This could be a good time to listen to a voice of caution.

Sign up for our daily newsletter to receive the best stories from The New Yorker.

John Cassidy has been a staff writer at The New Yorker since 1995. He also writes a column about politics, economics, and more for newyorker.com.

Most investment managers give their clients optimistic messages emphasizing opportunities to make money in the markets. Jeremy Grantham does the opposite. "The debt-long bull market since 2009 has finally turned into a full-blown epic bubble," he warned in early 2021. this event will go down in history as one of the greatest bubbles in financial history, along with the 1929 and 2000 South Seas bubbles. Grantham acknowledged that it is difficult to predict when the speculative bubble will burst. But, after citing some of the market's actions over the previous twelve months, including the Huge Tesla price spike, he advised his clients to be careful, adding, "At some point in the future, whenever it happens, you will have to start working through crypto pairs trading strategies."
Last edited: Jul 17, 2022