Knife to a fistfight: Can Joe Biden improve relations with Germany and Turkey in NATO?

The main issue on the agenda of the NATO summit in Brussels on June 14, 2021, is the new Strategic Concept - the organization's action plan every 10 years, which identifies the main threats and challenges to Euro-Atlantic security and ways to overcome or prevent them. This time we will focus on priorities until 2030. However, an equally important issue that attracted the attention of Washington and European capitals on the eve of the summit is the problems in relations between the United States, Germany, and Turkey, without the resolution of which it will not be possible to reach a consensus on strategic priorities. In any case, Berlin and Ankara are the first to send certain signals to Washington

What does Merkel want from Biden?​

Without waiting for a meeting in Brussels, German Chancellor Angela Merkel decided to send a delegation to Washington, led by foreign policy adviser Jan Hecker and economic adviser Lars-Hendrik Rüller, Bloomberg reported, citing an anonymous official. They will meet with US National Security Adviser Jake Sullivan and Trade Representative Catherine Ty. US President Joe Biden presents himself as the antipode of his predecessor, Donald Trump, in matters relating to relations with European NATO allies. So they decided in Berlin to make sure whether this is really so.


Germany is interested in getting concessions from Washington: the abolition of import duties on metallurgical products introduced by Trump, a specific position on the construction of the Nord Stream 2 gas pipeline. A week ago, Biden said he would postpone the imposition of sanctions on the Russian project, which is almost completed because it would harm US-European relations. At the same time, Secretary of State Anthony Blinken, during his telephone conversation with German Foreign Minister Heiko Maas at the end of May, expressed concerns about the gas pipeline.

The controversy is that the Biden administration is willing to turn a blind eye to Nord Stream 2 in order to support Germany on all foreign policy issues, despite the fact that Europe's growing energy dependence on Russia does not fit into existing NATO sentiment. According to NATO Secretary-General Jens Stoltenberg, the organization does not intend to organize a second cold war with Russia, but no longer perceives it as a partner, which was spelled out in the strategic concept of the 2010 edition. Stoltenberg believes that the Russian Federation poses a challenge to global security along with the terrorist threat, hacker attacks, malicious technologies, climate change, violation of the nuclear non-proliferation regime, and the growing military power of China. The government of British Prime Minister Boris Johnson went even further and indicated the Russian Federation as the main threat in "a comprehensive review of security, defense, and foreign policy issues." NATO views Russia as an unpredictable neighbor in the light of the armed conflict in eastern Ukraine.


Biden, on the other hand, sees the main competitor for the United States in China, and not in Russia, with which he is interested in stable and predictable relations, despite a lot of contradictions. He wants to build a monolithic transatlantic alliance that, together with India, Japan, South Korea and Australia, will serve as a counterbalance to the influence of the Middle Kingdom in the world. Germany is the strongest economy in the EU and, together with France, has a significant impact on the bloc's position on international issues. The attitude towards China in Germany is ambiguous - on the one hand, support for sanctions in response to a violation of the rights of the Uyghurs, a cautious attitude towards the One Belt, One Road initiative, on the other hand, active trade and economic relations and the participation of the seaport of Hamburg and the river port of Duisburg in the supply chains of Chinese companies.

The American authorities do not trust the German leadership, as evidenced by the leaked information about the joint surveillance of the American and Danish special services for Merkel, but they understand that they will have to deal with the Christian Democrats for another four years. Parliamentary elections will be held in Germany in September 2021. The main struggle for the majority of seats in the Bundestag and the post of chancellor will unfold between Merkel's successor, the chairman of the Christian Democratic Union party, Armin Lashet, and the leader of the Green party, Annalena Baerbock. The gap between them is small, and both political forces can become coalition partners.


Baerbock shares the environmental agenda of the US Democratic Party advocates climate protection and opposes the construction of Nord Stream 2 for the reasons of protecting the flora and fauna of the Baltic Sea. Biden may have some problems with the German Greens. They support the idea of general nuclear disarmament and the withdrawal of American warheads from Germany.


Biden has never been a supporter of Nord Stream 2, but due to the current circumstances, he is forced to take a more flexible position. Moreover, he has no serious opposition in the Senate among the Democrats. At the end of May, Republican Senator Kevin Kramer was unable to find support among fellow Democrats for his bill "Protecting the Welfare of the United States by Expanding Sanctions Against Russia." The object of the sanctions was to be the Swiss company Nord Stream 2 AG (the founder is Gazprom), its chairman Matthias Warnig and various subcontractors, who were left to complete the construction of 100 km of the gas pipeline. Kramer wants European countries to buy more American liquefied natural gas.

Mutual claims of Erdogan and Biden​

The other day, the Turkish leadership also sent a signal to Biden. Turkish Foreign Minister Mevlut Cavusoglu said that Russian military instructors who train the Turkish military to handle the S-400 anti-aircraft missile systems will leave the country. He stressed that Turkey is not going to give up this equipment. This step does not change the essence of the deal between Turkey and Russia. The Turkish military will go on business trips to Russia to learn how to operate the S-400. By expelling the Russian military, Turkey makes it clear to the United States that it does not regard Russia as a strategic partner, but at the same time it is not going to coordinate its decisions in the field of foreign and domestic policy with anyone, even if they go beyond the democratic values and priorities of NATO.


Earlier, the United States demanded that Turkey expel the Russian military from its territory and abandon the use of the S-400, which are incompatible with NATO weapons systems. The paradox is that Turkey is buying from the Russian Federation complexes that correspond to the Russian military concept of the "No Access Zone", aimed at containing the presence of NATO member troops in the radius of destruction. In fact, the current NATO member is arming against its "brothers in arms" and, if necessary, will be able to shoot down their planes. 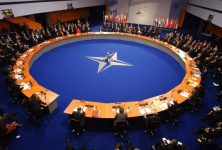 The United States froze supplies to Turkey of F-35 multifunctional fighters, Patriot anti-aircraft missile systems. In December 2020, the Americans imposed sanctions on the Turkish defense procurement agency, its leader, and three Turkish officials. The sanctions were imposed under the Federal Countering America's Adversaries with Sanctions Act (CAATSA) 2017. The law applies to Russia, Iran, North Korea and provides for a ban on entry and freezing of assets of individuals and legal entities, including buyers of Russian weapons that pose a threat to US national security.


After the inauguration, Biden did not even try to establish relations with the Turkish authorities and did not make contact with them. The American democrats do not consider it acceptable for the Erdogan regime to carry out political repressions against the opposition, encroachments on oil and gas fields on the shelf of Cyprus, and unauthorized redistribution of maritime borders in the Mediterranean Sea. The White House no longer views Turkey as its regional ally in the Middle East.

Erdogan also has claims to Biden. The United States is suspected of organizing an unsuccessful military coup in Turkey in July 2016. Then Biden served as vice president of the United States. In April 2021, the American president spat in the face of his Turkish counterpart and made a political statement recognizing the 1915 Armenian genocide, which no US president had ever done before. The Armenian Genocide is a sore subject for the Turks. They do not deny the massacres and persecutions of Armenians, but they do not consider the events of those years to be genocide - a deliberate policy of extermination of a separate group of the population. During the First World War, the Turks accused the Armenians of collaboration in favor of the Russian army, with which they fought.


The recognition of the guilt of the state in the genocide entails serious financial responsibility. Germany is still paying the price for the crimes of the past. Since 1952, the Germans have paid over $ 80 billion to Holocaust victims in pensions and social benefits. Following the Jews, other peoples who suffered from German expansionism began to demand monetary compensation from Berlin. Poland demands from Germany to pay 850 billion dollars in damages during the Second World War. In May 2021, Germany acknowledged responsibility for the genocide of the Herero and Nama African peoples in 1884-1915, when Namibia was a German colony and pledged to pay $ 1.34 billion in compensation. Turkey does not want to pay off with the inhabitants of the Middle East, North Africa, and the Western Balkans, who were under the Ottoman yoke.


The United States will either have to come to terms with the exclusivity of Turkey and not impede its ambitions to revive the sphere of influence in countries that were once the fiefdom of the Ottoman Empire or pursue a deliberate policy of internationally isolating Turkey and undermining the foundations of the Erdogan regime. This may entail an even greater distance between the country and the West, a more rapid rapprochement with Russia and China.

Knife to a fistfight: Can Joe Biden improve relations with Germany and Turkey in NATO?

The main issue on the agenda of the NATO summit in Brussels on June 14, 2021, is the new Strategic Concept - the organization's action plan every 10 years, which identifies the main threats and challenges to Euro-Atlantic security and ways to overcome or prevent them. This time we will focus on...