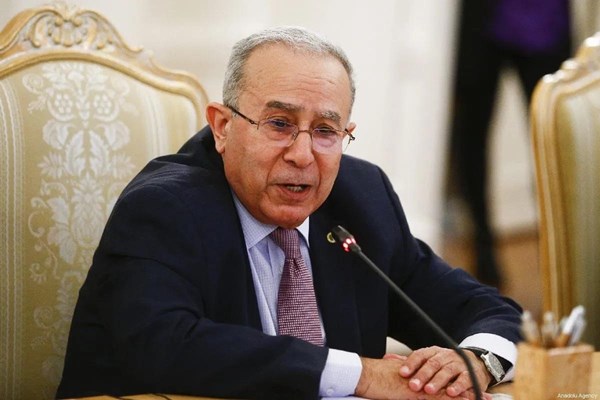 After the Oran Summit started in Algeria, Algerian Foreign Minister Ramtane Lamamra spoke against the unprecedented escalation in Israeli hegemony. 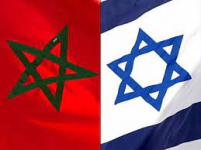 After the Oran Summit started in Algeria, Algerian Foreign Minister Ramtane Lamamra spoke against the unprecedented escalation in Israeli hegemony.

The Oran Summit, the 8th High-level Seminar on Peace and Security in Africa, was launched in Algeria on December 2.
On the sidelines of the Summit, Algerian Foreign Minister Ramtane Lamamra said the Moroccan-Zionist military alliance "is a meeting point for two regional expansionist regimes."

Israeli occupation Security Minister Benny Gantz and his Moroccan counterpart, Abdellatif Loudiyi, had signed a 'memorandum of understanding' on security cooperation between "Tel Aviv" and Rabat.

During his visit to the North African nation, Gantz said the signed memorandum paves the way for military sales and cooperation between Morocco and "Israel" after the two saw an enhancement in their diplomatic ties over the past year.

The military alliance, Lamamra asserted, was pushing the two regimes to deny the existence of their victims who are denied their inalienable national rights.

Regarding the "false allegations" some Moroccan media outlets are making about political gains for the Sahrawi Arab Democratic Republic through the Oran Summit and the upcoming Arab League Summit in Algeria, the Foreign Minister asserted that Morocco has its eyes on Western Sahara and Algeria, which means its judgment on the matter is flawed.

Western Sahara is a disputed territory between Algeria and Morocco, and it was one of the reasons the latter normalized ties with the Israeli occupation.

The United States had promised Morocco it would recognize its "sovereignty" over the Sahara if it normalized ties with "Israel".
"Morocco's unilateral diplomacy, which only focuses on Western Sahara and Algeria, does not see Algerian diplomacy as a multi-dimensional one that serves several noble goals," Lamamra concluded.
You must log in or register to reply here.
Share:
Facebook Twitter Reddit Pinterest Tumblr WhatsApp Email Share Link