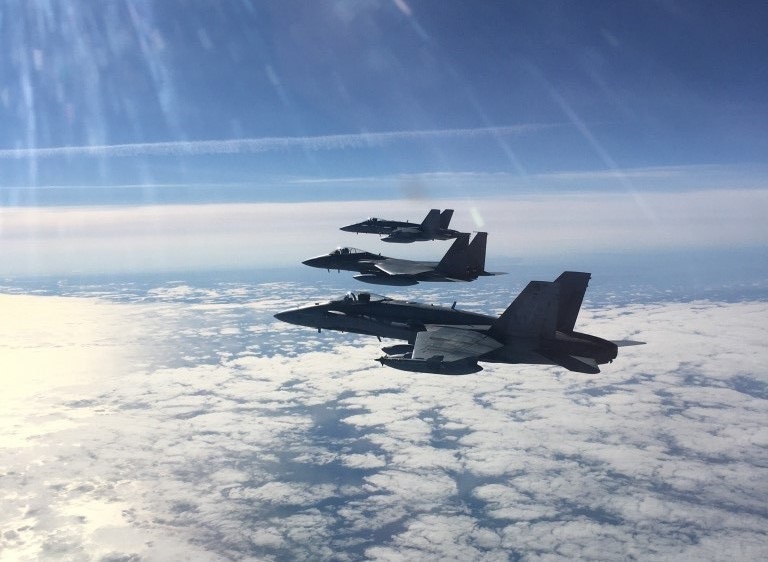 While exercise flights will be conducted over sparsely populated Arctic areas and at high altitudes, where the public is not likely to hear or see them, there will be increased flight activity at Whitehorse, Yellowknife, Edmonton, 5 Wing, Goose Bay, N.L., and Iqaluit, Nunavut. This exercise is in no way related to the Government of Canada or United States’ response to COVID-19.

NORAD routinely conducts exercises using a variety of scenarios including airspace restriction violations, hijackings, and responses to unknown aircraft. NORAD carefully plans and closely controls all exercises. This air defence exercise provides us the opportunity to hone our skills as Canadian and U.S. forces operate together with our allies and partners in the Arctic.

During the exercise, a layered risk mitigation procedure will be employed which will limit contact with the local population to the greatest extent possible. Based on best practices recommended by Canadian health authorities and the Canadian Forces Surgeon General, participating military personnel will follow established mitigation protocols, (such as mask wearing, frequent cleaning of surfaces and other PPE use as appropriate).

Participating U.S. military personnel will require two negative COVID-19 test, separated by a minimum of 5 days, with the last test prior to arriving in Canada, and all exercise participants adhering to local, Territorial/Provincial, Federal and Canadian Armed Forces/Department of National Defence guidelines and regulations regarding public health measures for the duration of the AMALGAM DART.

For more than 60 years, NORAD has identified and intercepted potential air threats to North America through the execution of the command’s aerospace warning and aerospace control missions. NORAD also keeps watch over Canadian and U.S. internal waterways and maritime approaches under its maritime warning mission.
You must log in or register to reply here.
Share:
Facebook Twitter Reddit Pinterest Tumblr WhatsApp Email Share Link