TRNC is apart of the Turkic World.

If Polish Tatars are recognised as apart of the Turkic world so is Turkish Cypriots.

Dna i dont care. Us Turks from Warsaw to Siberia have adapted and mixed with the locals.

I know Greeks and Armenians are obbessed with dna. As if they are 'pure'.

Thinking Turks are Yakuts or Tuvans. Tuvans and the Yakuts themselves are mix of Turkic, Mongolic and Native Siberian peoples.

Different appearances of Turks shows what a big family we are.

Glad to see this sort of thing progress. Also good to see the usual actors cry about the TRNC being accepted as an observer.

The 44-Day War of Karabagh has been a real beacon for Turkic countries when they all stood on Azerbaijan's side, particularly Türkiye.
Türkiye has shown that it's a brotherly country by the full meaning of the word and its unconditional support to Azerbaijan has proven that it's a reliable ally even sometimes against all odds. Türkiye is a leader in a sense of guidance and support and not through pressure and arm twisting.
Hurdles will be made, barricades will be set but if we stick together, they'll be overcome and the world will have to recognise Turkic clout. 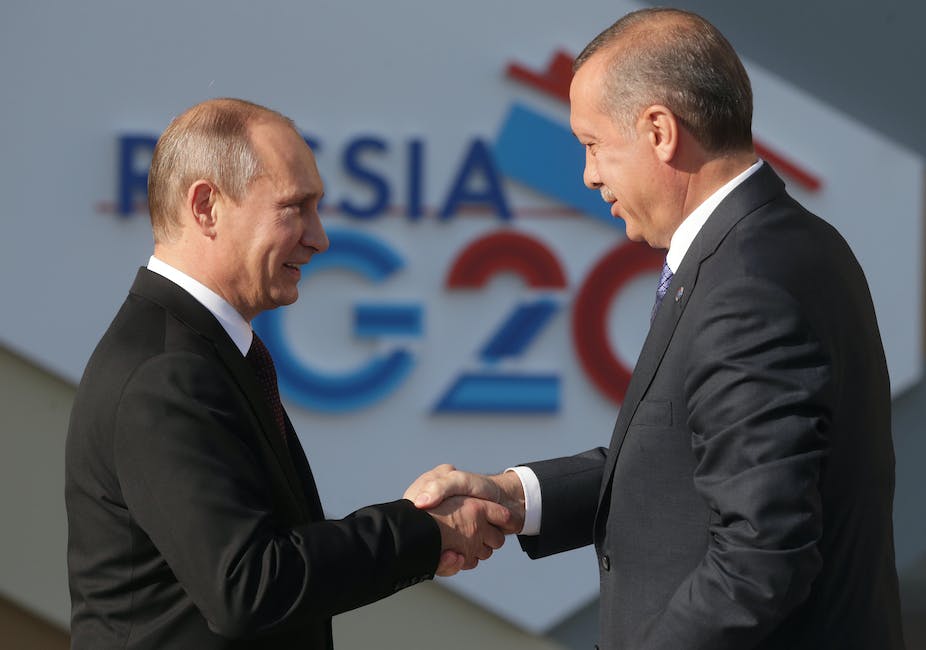 President Putin is looking to improve his relationship with Turkey. DPA/Alamy

Russia has announced plans to begin direct flights to Turkish-occupied northern Cyprus, a state recognised only by Turkey.
This will make Russia the only nation outside of Turkey to fly directly to the territory since it declared independence from the Republic of Cyprus in 1983.
Opening up flights to the self-styled Turkish Republic of Northern Cyprus could well be part of a policy to counter US influence on the island and to enhance Russia’s cooperation with Turkey as part of its alliance building around the Ukraine war. Aeroflot, the Russian flag carrier, recently resumed direct flights to Tehran, widely seen as part of moves to build a closer relationship with Iran.
Some analysts have suggested that Russia’s decision to begin flights to the territory in northern Cyprus may also be in response to Greece and the Republic of Cyprus’s sanctions against Russia.

Russia claims the new flights are aimed at the 10,000 Russians living in northern Cyprus, and that it remains committed to the UN Security Council resolutions relating to Cyprus. The UN established a buffer zone in Cyprus that is patrolled by a UN peacekeeping force to protect the ceasefire negotiated after Turkish forces invaded Cyprus in 1974.


However, the move will find favour with Turkey, which Putin sees as an important ally. In October during a speech at the 77th session of the United Nations General Assembly, Turkish president Recep Erdoğan called on the international community to officially recognise the territory. In November, in another significant step, northern Cyprus was admitted into the Organization of Turkic States as an observer member, the first international organisation to recognise its constitutional name.

Russia started increasing its presence in the eastern Mediterranean in 2013, establishing and maintaining a squadron in the area including the Black Sea Fleet as well as moving air defences into Crimea. Russia’s strategic objectives were to secure Russia’s southern flanks, which it considers the Mediterranean to be, and to challenge the naval dominance of the US (supported by other Nato countries) in the region. Russia’s military involvement in supporting Syrian leader Bashar al-Assad was also part of an effort to secure a presence and access to Mediterranean bases and ports.


Russia uses a narrative of shared cultural and religious heritage, along with the existing anti-US or Eurosceptic sentiment, to try and win support in other regions. Putin references shared cultural and religious traditions with Greece, Cyprus and other Mediterranean countries to build on anti-American sentiments. This type of influencing has not resulted in Greece breaking with Nato or the EU so far. 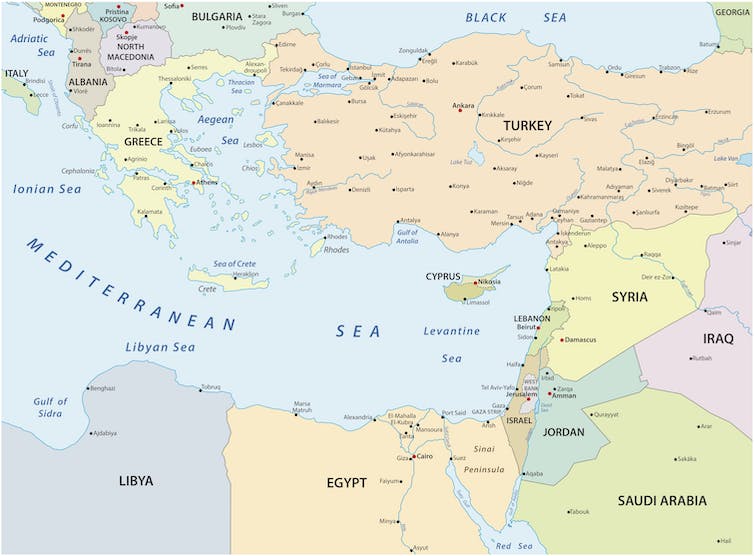 The most important partner for Russia in this region is Turkey. This is a paradoxical relationship because Turkey is a member of Nato, and Russia and Turkey are pursuing contrary objectives in Libya and Ukraine. Russia’s sale of the S-400 missile system to Turkey was a major coup, provoking deep tension between Turkey and Nato and resulting in Turkey losing access to the Patriot missile and the F-35 jet fighter programmes. Turkey’s relationship with Nato was also rocked when it was the only member to ask for conditions on Nato membership for Finland and Sweden.

Russia had established a relationship with the Republic of Cyprus in the past, which included potential military cooperation, but this seems to have come to an end. In a snub to both Russia and Turkey, the US announced in September 2022 a full lifting of an arms embargo against Cyprus.

The first flights from Russia were set to take place on November 15, which coincided with the 39th anniversary of the northern Cyprus declaration of independence. However, due to technical difficulties, the opening of the new airport and routes have now been postponed until early 2023.


Turkish Cypriots have felt the constraints of living in an unrecognised territory for almost 40 years. The isolation has affected the territory’s economy significantly and prevents Turkish Cypriots from taking part in global sporting, music and cultural events. Pop star Jennifer Lopez, for example, was forced to cancel a concert in northern Cyprus after receiving furious backlash from Greek Cypriots in 2010.


Extensive international recognition of the territory is unlikely, although Azerbaijan and Pakistan do seem to be taking steps towards closer ties.


And in October, Adil Karaismailoğlu, Turkey’s transport minister, announced that direct flights between northern Cyprus and Kyrgyzstan are being considered.


Northern Cyprus is the latest contender to join a group of outsider nations that Putin has identified as useful, and it may not be the last.

Russia’s plan to start flights to Northern Cyprus is likely to provoke a reaction from Greece.