Bangladesh suffered its worst blackout in 10 years owing to a "technical glitch".

Parts of the country – Dhaka, Chattogram and Sylhet – plunged into darkness as soon as dusk fell after the national grid tripped at 2:05pm. Although there had been longer blackouts before, most were due to natural calamities.

By the time electricity began to trickle back around 6pm, a lot of damage had already been done – businesses had to rely on generators which ran on diesel, a problem exacerbated by record price hike of the fuel in recent months.

At around 6pm, State Minister for Power and Energy Nasrul Hamid said power would be restored by 8pm, also apologising for the inconvenience in a Facebook post.

As an explanation, Nasrul Hamid said, "Due to tripping in the national grid, electricity supply was disrupted in a large area of eastern region including Dhaka and Chittagong from 2:04pm today [Tuesday]. The engineers of the Power Division are working tirelessly to solve this sudden problem."

Dhaka Electric Supply Company Ltd (Desco) Managing Director Md Kausar Ameer Ali told The Business Standard, "Electricity supply to the country's central and southeastern region came to a halt around 2pm Tuesday." At 6pm, he said some parts of Dhaka were brought back under power supply.

Zunaid Ahmed Palak, state minister for ICT Division, also said electricity would be back by 8pm in a Facebook post.

A trip happens when power load is dangerously high, prompting the grid to "trip" like a circuit-breaker.

The repercussions of the sudden disruption could be felt everywhere – readymade garment factories suspended production, Internet and mobile networks were interrupted, hospitals were in disarray, CNG sales were stopped at fuel pumps and water supply was dwindling.

Khorshed Alam, a textile sector entrepreneur, said around 25% of their production relied on power from the grid line, which was affected once the blackouts hit.

He said blackouts persisted for seven hours. After restoration, it took three more to get the machines running.

He estimated his production loss to be around 40%.

For his two factories, he estimated his net loss to be around Tk15.5 lakh just due to the blackouts.

After around four hours, power slowly returned to parts of the capital, including Uttara, Tongi, Dhanmondi and Mirpur DOHS.

Power supply was also restored in some parts of Dhaka city under Maniknagar and Hasnabad grid substations and also a number of districts under Sylhet, Chattagram and Mymensingh by 7pm.

More than eight hours into the blackout, however, the Power Grid Transmission Company of Bangladesh Ltd, was at a loss for answers.

In the meantime, darkness prevailed in Agargaon, Mirpur, Gulshan, Banani and Bashundhara Residential Area even after four hours.
Asked about the reason for the blackout, Md Moqsedur Rahman, chief engineer (Transmission) of PGCB, said it would not be known before the investigation.

The PGCB formed a five-member inquiry committee to investigate the reason behind the grid failure.

"One of the transmission lines got overloaded, creating a cascading effect on other lines," Yeakub told Bloomberg. "We instantly went into a protection mode to prevent it from becoming a bigger problem."

Grid operators are proceeding cautiously to restore power as electricity demand typically peaks in the evening, Chowdhury said, adding supplies may be restored only by around 8pm on Tuesday.

"We have to make a balance between demand and supply," he said.

Energy experts said the disruption might have happened due to the sudden production fall of a certain unit of the power plant.

The PGCB supplies electricity at 50 megahertz (MHz) frequency, which is essential for grid stability. The grid collapses if the frequency goes below 48MHz or above 52MHz and it goes up when consumption is lower than the production, said officials.

Dr Mohammad Tamim, professor at Bangladesh University of Engineering and Technology, said blackouts happen when large electricity supplying units collapse in the generation system, as happened in 2014 when 500MW electricity from India stopped coming through the Bheramara HVDC line.

As a grid operator, the PGCB should have known it instantly through the Supervisory Control and Data Acquisition (SCADA) System which has not been implemented here, he said.

If there was a SCADA system, the PGCB would be able to control the system electronically from the National Load Dispatch Centre (NLDC) by detecting the fault in the line. But now it totally depended on the telephone to control the system. "It brought plants into generation through phone calls and shut plants in the same way, thus it did not know the cause immediately," he said.

In the last 14 years, around $30 billion has been invested in the power sector but still the transmission system has not been digitised.

Tamim said there are no barriers to make the system modern and digital other than lack of interest in the power division which is only focused on generation capacity build up.

Industrial production, including crucial readymade garments, were severely disrupted due to the blackout.

Factories and offices shortened working hours amid the crisis.

Mahmud Hasan Khan Babu, managing director of Rising Group, told The Business Standard that their generator backup capacity was only for three hours, after which they had to suspend all production at their units in Manikganj and Gazipur around 5pm.

They also had to suspend activities at spinning mills, although those usually operated for 24 hours, dealing a huge blow to earnings and complicating the supply chain.

"Almost all the industries in the area are facing the same problem. We don't know when the situation will be normalised," he added.

Mohammad Hatem, executive vice-president of the Bangladesh Knitwear Manufacturers and Exporters Association, said to generate 1 megawatts (MW) of electricity, 50 litre of diesel is required. So anyone who needed to produce say 3MW for the three hours, would have to pay for an additional 150 litres of diesel, which would increase overall cost.

Rakibul Alam Chowdhury, vice president of the Readymade Garment Manufacturers and Exporters Association (BGMEA), told The Business Standard, "There was no electricity in Chattogram from 2pm. Garment factories ended activities at 5pm after running on generators for three hours," he said.

Chittagong Port Authority Chairman Rear Admiral M Shahjahan said, "Due to the problems in the national grid, operational activities here have continued by supplying electricity from the port's own power plant."

Director of the Chittagong Medical College Hospital Brigadier General Md Shamim Ahsan said ICU, CCU and operation theatres were kept operational with the help of generators, but it was difficult to see patients in the outpatient department.

Radio frequency for mobile network operation and bandwidth internet services have been disrupted largely due to the long blackout.

Meanwhile, the Association of Mobile Telecom Operators of Bangladesh (AMTOB) released a statement saying, "Due to national power grid failure, telecommunication services may be disrupted in some parts of the country. We are sorry for the inconvenience."

Internet Service Providers' Association of Bangladesh (ISPAB) President Imdadul Haque told the media that due to lack of electricity the bandwidth usage has decreased by 80%.

Group Captain Kamrul Islam, executive director of the Dhaka Airport, said, "We are running all operations at the airport with generator.

"Immigration, check in, luggage belt and boarding bridge are all operational. Although, initially immigration was slow for half an hour, now everything is running smoothly."

To deal with the power cuts, he said the airport had cut down on electricity use by air conditioners.

No flight delays were reported, he added.

Wing Commander Farhad Hossain, director of the Chattogram airport, said due to lack of electricity, generators were used.

Masud Khan, owner of Mezban Chinese and Bangla Restaurant in the Gelshan area, told TBS that the restaurant was being run on the more costly methods of using generators.

"Our costs are higher but our sales are 70% lower than the normal period,"

Farooq Hossain, owner of Aftab Restaurant and Kebab House in Jhigatola, in the capital said.

He also said their IPS stopped running due to frequent load shedding earlier, forcing him to install a new one.

"If we don't have fans, customers don't come to the hotel. Our sales are now down 50%."

Imran Hasan, secretary general of the Bangladesh Restaurant Owners' Association (BROA) told TBS that numerous restaurant owners had already called him throughout the day, some complaining of malfunctioning IPS and others of broken refrigerators.

Bangladesh Community Center, Convention Hall, and Catering Association President Shah Zakir Hossain told TBS, "Our frozen items are perishing. If the power crisis is not solved soon, there will be big economic damages."

The last incident of grid failure happened in 32 districts on 2 May, 2017.

Besides, on 1 November, 2014, the entire country was plunged into darkness for 12 hours. 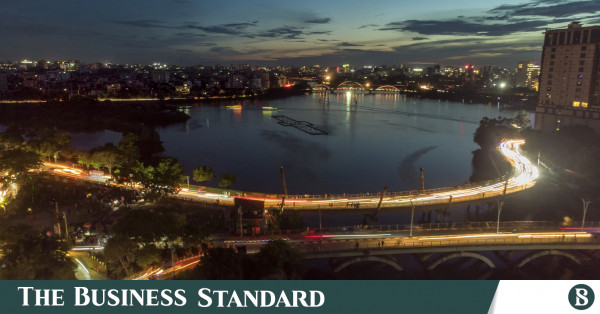 Parts of country plunge into the long dark over 'technical glitch'

More than eight hours into the blackout, however, the Power Grid Transmission Company of Bangladesh Ltd, was at a loss for answers

Almost seven hours after the power outage hit the central and southern parts of the country due to a failure in the national grid, the supply was fully restored across the country by 10pm.

Power returned to parts of the Chattogram metropolitan area as well, said the local PDB office.

According to the Facebook page of Sales and Distribution Division-4 of BPDB, the black-out occurred due to under frequency at 2:02pm.

The normalisation of this power situation will take considerable time and national grid and power plant workers are working to normalise the connection, read the Facebook post.

When contacted, Bangladesh Power Development Board's (BPDB) Southern Region Chief Engineer Rezaul Karim told The Business Standard that Dhaka, Mymensingh, Sylhet and Cumilla have been entirely blacked out due to a failure in the national grid's eastern part.

Unsure of the cause behind the power failure, Rezaul Karim said that all units of BPDB southern region are busy trying to restore connectivity.

Hotel and restaurants were running on generators in the capital during the load shedding.

An official of Radisson Blu Dhaka Water Garden Hotel told TBS, "We have backup from generator. So, our services were not disrupted amid the electricity crisis."

A few restaurant owners from Mirpur 10 and 11 areas said they managed with generators as well.

Gloria Jean's Coffee shop operators said that they were also able to carry on services.

Turka restaurant owner at Banani MD Asif told TBS, "After two hours of load shedding, our generator was stopped for technical issues. Later, the building owner stopped the generator service citing fuel crisis. So, we were bound to close the restaurant at 8:30 PM." 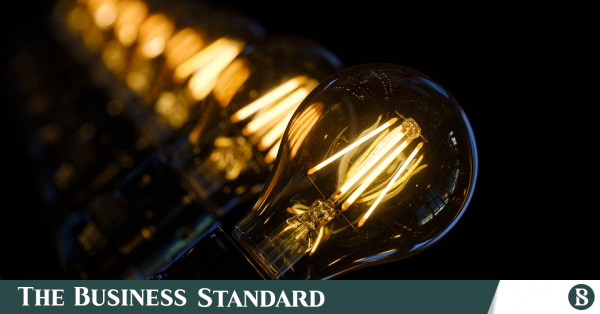 Almost seven hours after the power outage hit the central and southern parts of the country due to a failure in the national grid, the supply was fully restored across the country by 10pm. Dhaka Power Distribution Company Managing Director Bikash Dewan said power connection has been restored in...