"I still remember how I was impressed by one of the first aggressive maneuvers. Right after take off, I went up at a 35 degree angle. It was amazing! I've never done anything like this before!"​

In August 2020, the Polish website Polska Zbrojna published an interesting interview with Lieutenant Maciej Grzywa, M-346 Bielik pilot and future instructor in the Polish Air Force. He talked about his passion for flying and how, thanks to the Bielik, he made the history of the nation's military flight training.

Maciej said his interest in aviation started when he was a child. He was drawn to the technical side of flight, aircraft structures and the laws of physics. He started building scale model aircraft, and then flew gliders at the Aeroclub in Radom, Poland.

In 2012 Maciej passed the exams to enter the Polish Air Force flight academy where he studied to become a pilot. During the training he flew several aircraft such as Diamond, Zlin, PZL-130 Orlik and TS-11 Iskra.

He said he always aimed high, for aerial combat. "I think that all those who study in this field are aiming at combat aviation. For me it was the same, I raised the bar very high, I dreamed of flying the F-16, air combat, modern aviation technology."

However, the armed force decided to assign him to the 41st Training Air Base, in Dęblin. "Initially I continued to fly the TS-11 Iskra, then for six months I flew the T-38 Talon in the United States and finally, in Dęblin, I started flying the new M-346 Bielik. Every pilot likes challenges and my superiors gave me a great challenge. It involved training in a new type of aircraft and becoming a Bielik flight instructor to teach cadets to fly. I know I am one of the pilots who made the history of flight training military in Poland."


Although he has not become a fighter pilot, the extraordinary performances of the Bielik offer him the same satisfactions. "I don't regret the fighters because flying the Bielik is extremely satisfying. I am delighted that in the future I will have an influence on the training of the next generation of young aviators."

Maciej says flying the Bielik wasn't easy at first. "I remember having a very heavy head after the first flight and I was confused. I was overwhelmed by the information. This is the main difficulty in flying the M-346. You must be able to process the information provided by the aircraft in a short time and separate the key ones from the less important ones."

He said the Bielik is a very advanced aircraft that requires constant effort. "Each pilot has to undergo a long training process in which the simulator plays a key role. The avition requires to be always up to date. Young pilots cannot afford any negligence. We must learn to keep up with the Bielik and over time also be one step ahead of it, to take full advantage of the opportunities offered by this machine. After we have mastered all the procedures, we can enjoy the pleasure of flying. The aircraft moves smoothly in the air, is agile, fast and has great acceleration. I still remember how I was impressed by one of the first aggressive maneuvers. Right after take off, I went up at a 35 degree angle. It was amazing! I've never done anything like this before!"

Note: the interview was adapted as translated from Polish to English 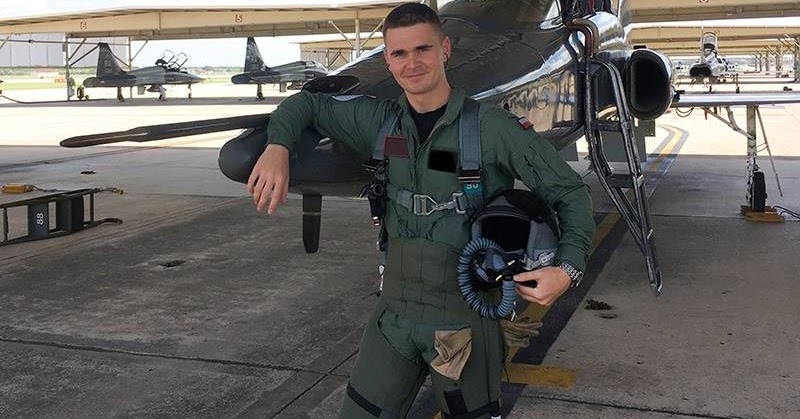