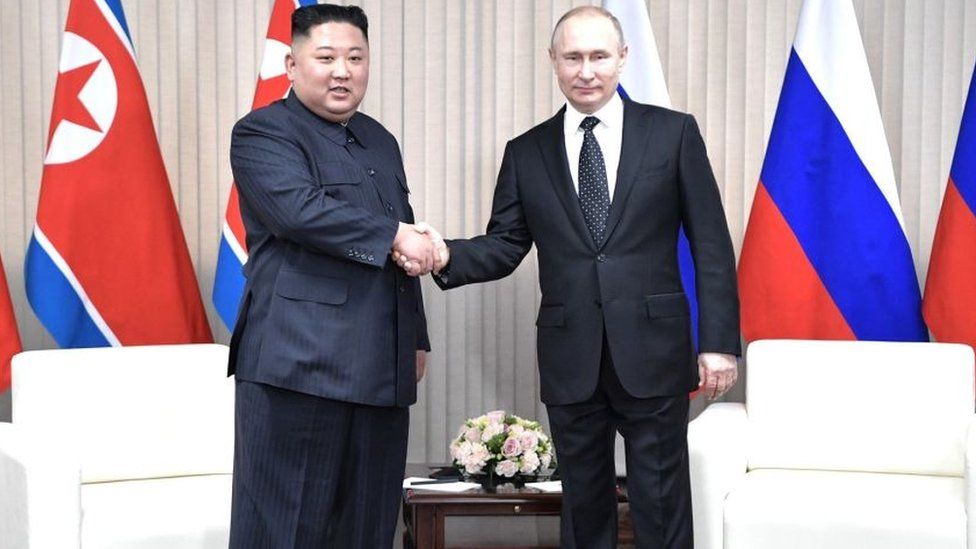 Russia has vowed to "expand [its] comprehensive and constructive bilateral relations" with North Korea, said its President Vladimir Putin.
In a letter sent to his counterpart Kim Jong un on Pyongyang's liberation day, Mr Putin said the move would be in both countries' interests.
In turn, Mr Kim said friendship between both nations had been forged in World War II with victory over Japan.
He added that their "comradely friendship" would grow stronger.
According to a report by North Korean state media outlet KCNA, Mr Putin said the expanded bilateral relations would "conform with the interests of the two countries".
In his letter, Mr Kim said the Russia-North Korea friendship "forged in the anti-Japanese war" had been "consolidated and developed century after century".

It added "strategic and tactical cooperation, support and solidarity" between the two countries "had been put on a new high stage, in the common front for frustrating the hostile forces' military threat and provocation".
Pyongyang did not identify the hostile forces by name, but the term has been used repeatedly by North Korea to refer to the US and its allies.
The Soviet Union was once a major ally of North Korea, offering economic co-operation, cultural exchanges and aid.
But the relationship suffered since the collapse of the Iron Curtain, only gradually picking up somewhat after Russia's gradual estrangement from the West since the early 2000s.
In July, North Korea was one of the few countries to officially recognise two Russian-backed separatist states in eastern Ukraine, after Russia signed a decree declaring them as independent.
In retaliation, Ukraine, which is fighting off a Russian invasion of its territory, cut off all diplomatic ties with Pyongyang. 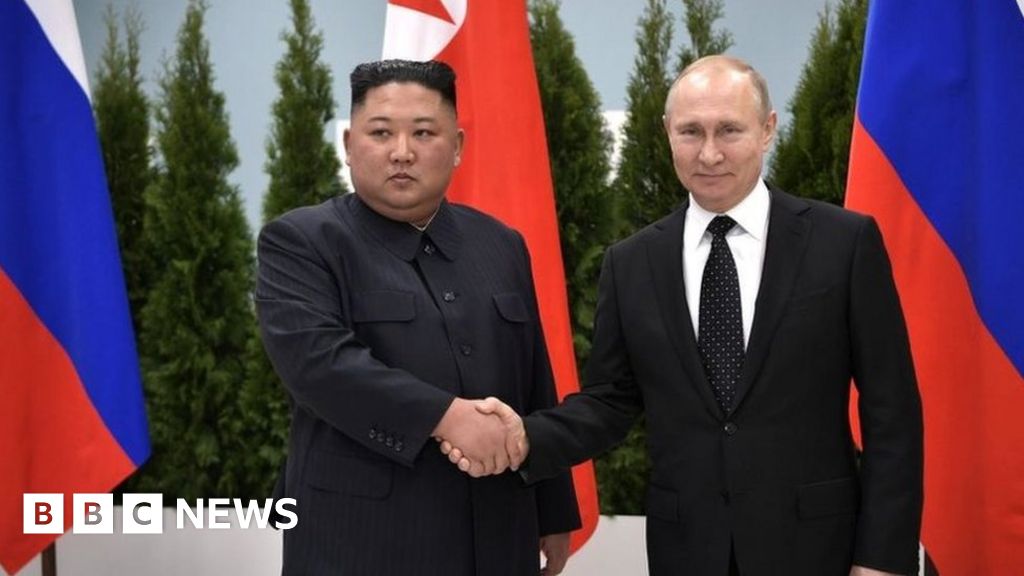 "Russia has vowed to "expand [its] comprehensive and constructive bilateral relations" with North Korea, said its President Vladimir Putin."

This above is just Bullshit with cherry on top!

North Korea was, is and will continue to be China controlled protectorate. Any attempt from putin to gain influence in North Korea was repelled.
putin action is like keep checking how China will react is so dumb and result is escalation. China always showed to putin that they will not tolerated such interfere with North Korea.
North Korea is China's domain and russia is trying to get in without asking China for permission will be big mistake.
You must log in or register to reply here.
Share:
Facebook Twitter Reddit Pinterest Tumblr WhatsApp Email Share Link