Samsung to manufacture semiconductor products in Vietnam next year 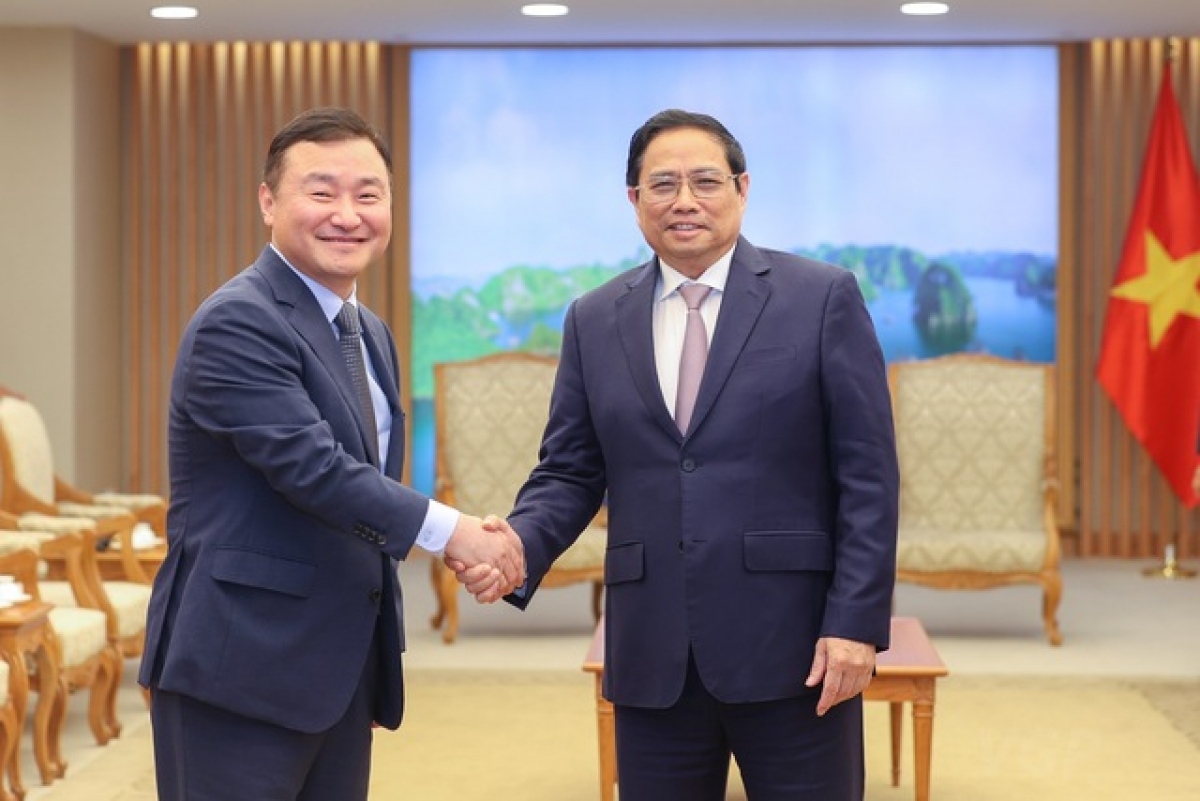 PM Pham Minh Chinh (R) receives Samsung Electronics CEO Roh Tae-Moon in Hanoi on August 5. (Photo: VGP)
Roh who is visiting Vietnam revealed that the group is expected to inaugurate its research and development (R&D) centre in Hanoi in late 2022 or early 2023 to support not only Vietnam but also other countries in Southeast Asia.
He said Samsung plans to support 50 Vietnamese businesses in enhancing their competitive capacity through the development of a smart factory model, in addition to promoting cooperation with universities and research institutions of Vietnam.
He thanked the Government of Vietnam and relevant agencies for helping foreign businesses, including Samsung, to cushion the impact of the COVID-19 pandemic, and for creating a good environment for businesses to operate constantly in the context of global changes.

According to the CEO, Samsung Vietnam raked in US$34.3 billion from exports in the first six months of this year, up about 18% year on year. It aims to raise its export turnover to US$69 billion this year, invest an additional US$3.3 billion and continue to expand operations in Vietnam.
He suggested that Vietnam improve the quality of human resources through training to meet the needs of businesses and investors.
Receiving the CEO, Prime Minister Pham Minh Chinh welcomed the group’s operation plans in Vietnam, saying the Vietnamese government is committed to improving the investment environment for foreign investors in general and Samsung in particular, while actively dealing with Samsung’s recommendations.
He suggested that Samsung expand investment in semiconductor manufacturing, one of the groups’ three major development orientations in Vietnam along with its existing production lines for mobile devices and consumer electronics products.
In the context global FDI inflows undergoing investment restructuring and supply chain repositioning, the PM expected that Samsung would support and serve as a bridge to bring Korean businesses to Vietnam and at the same time help to diversify the supply chain in the near future.
Currently, the Republic of Korea is Vietnam’s third largest trading partner after China and the United States. Last year saw two-way trade turnover between the two countries reach US$78 billion, accounting for 11.6% of Vietnam’s total trade value.
The RoK Korea is the largest FDI partner in Vietnam with 9,383 operating projects valued at nearly US$80 billion.