“The plans for the submarine have been formed and the crew prepared. I am sure Sevmash will commission the SSGN on time.”

Head of the United Shipbuilding Corporation (USC) Alexey Rakhmanov said Sevmash was working to accelerate nuclear submarine production by 9-14 months. “The shipyard has to decrease the construction time of serial submarines by 9-14 months,” he said adding the USC was assisting the shipyard.

Sevmash plans to launch three submarines by the end of the year. It is loaded for ten years, shipyard Director Mikhail Budnichenko said.

“We have to commission three submarines this year. There is work for ten years to come.”

The Navy has to receive the Novosibirsk SSGN of project 885M, the Knyaz Oleg Borey-A-class SSBN of project 955A, and the Belgorod special-designation nuclear submarine of project 09852 by the end of the year.

The Severodvinsk and the Kazan operate in the Northern fleet. The Novosibirsk first serial SSGN of project 885M was laid on July 26, 2013 and floated on December 25, 2019. It will be the first SSGN of the class in the Pacific fleet. 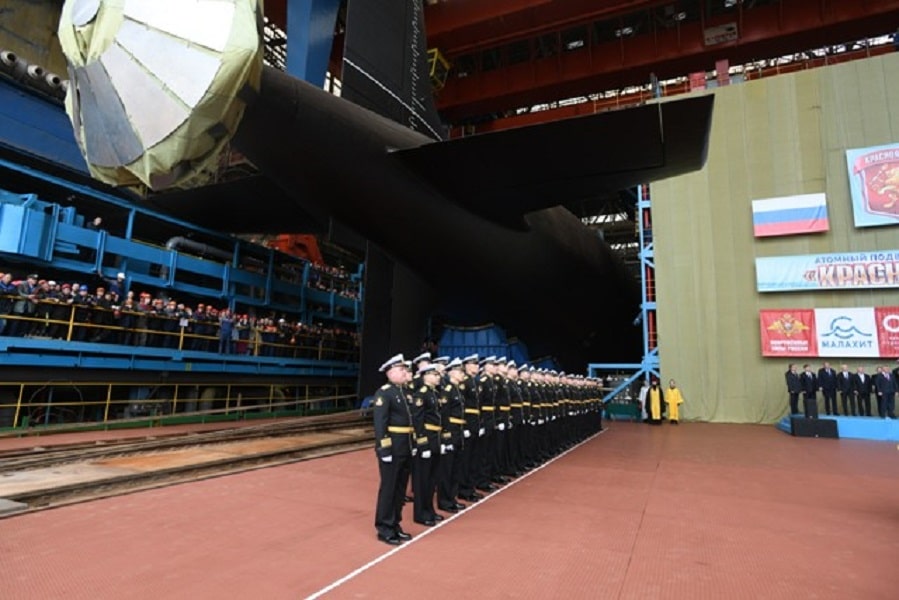