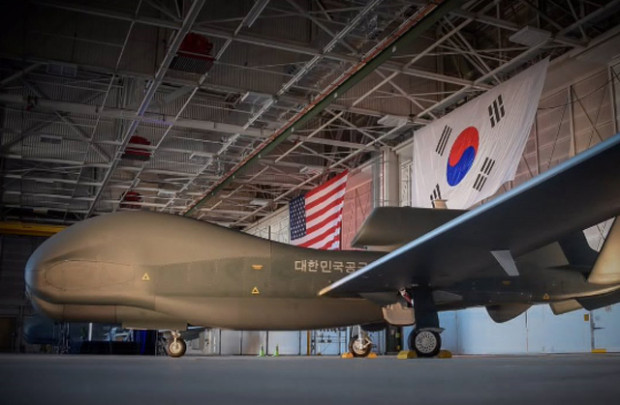 It has been confirmed that RQ-4 Global Hawk No. 4, an American cutting-edge high-altitude, remotely-piloted, surveillance aircraft, was delivered to the South Korean military last month in private. The delivery of four RQ-4 Global Hawks has been completed with the news, but the South Korean military has not revealed a single image of the deployment of RQ-4 Global Hawks. Such a decision seems to be in consideration of North Korea’s strong opposition against the deployment of the aircraft, which can surveil the entire territory of the North.

According to Kim Jin-pyo, a member of the Democratic Party of Korea and the National Defense Committee of the National Assembly, and the Defense Acquisition Program Administration on Wednesday, RQ-4 Global Hawk No. 4 arrived in an air force base in South Korea. The first aircraft was deployed in December last year. The military did not reveal the deployment news at that time and only admitted when the landing of the aircraft was caught by media. The deployment of the second and third aircrafts were also not disclosed by the military, but became known to the public when U.S. Ambassador to South Korea Harry B. Harris Jr. shared their pictures on his Twitter account. The fourth and the last one of the 1.1-trillion-won RQ-4 Global Hawk deployment project was confirmed to have been delivered in the parliamentary inspection of the administration. Four RQ-4 Global Hawks in South Korea are known to be deployed to air force bases in different regions.

“It is a blatant act of hostility against us and dangerous military action that will destroy peace and stability on the Korean Peninsula and bring the end of the inter-Korean relations,” said North Korea through a propaganda media towards South Korea, such as Uriminzokkiri, on the South’s RQ-4 Global Hawk project in May last year. The North also showed a sense of wariness by using extreme expressions, such as “the fuse for South Korea’s invasion of the North,” “perilous intention” and “anachronistic delusion for confrontations.” North Korea also criticized the project in April this year, which marks the second anniversary of the Panmunjom Declaration, saying that the continuous introduction of cutting-edge military equipment by the South is to preemptively attack the North in case of emergency and that it is a public declaration to begin South Korea’s scheme in full force to invade North Korea along with foreign powers.

North Korea’s such sensitive reactions to the deployment of RQ-4 Global Hawk are because of the aircraft’s reconnaissance ability over the country. RQ-4 Global Hawk can surveil the entire territory of the North as it has a maximum radius of operations of up to 3,000 kilometers. It can also fly for over 32 hours and identify a 30-centimeter object on the ground at an altitude of 20 kilometers. This will enable the South Korean military to independently detect the military movements by North Korea, such as those regarding intercontinental ballistic missiles and super-large multiple rocket launchers, in real-time. 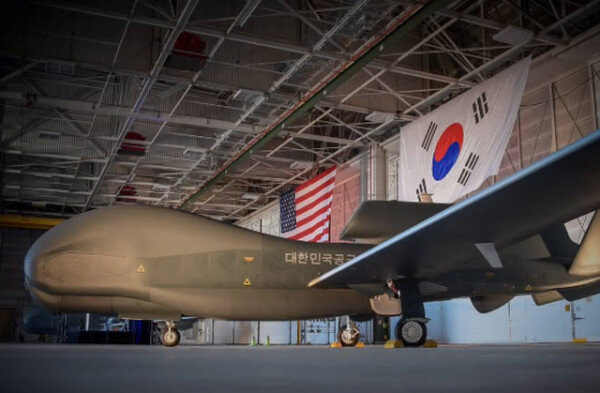