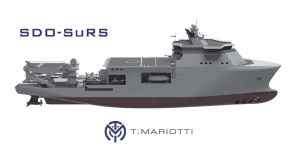 Luca Peruzzi 15 Jun 2021
To replace the aging Anteo vessel with over 40 years of service, the new SDO-SuRS vessel has been designed with a modular design to accomplish multiple tasks in support of the Italian Navy’s diving and special forces (SF) units belonging to the COMSUBIN (Comando Subacquei ed Incursori) Command:

According to the press statement of T. Mariotti shipyard as part of the Genova Industrie Navali (GIN) shipbuilding group, the contract award is expected by the summer time. No details have been provided on the programme value but the Italian MoD’s 2020-2022 multi-year planning document indicates an allocated budget of €424 million including the vessel, its mission equipment and the land-based dual-use hyperbaric centre, with the exception for the new deployable rescue system. The first steel cut is planned by 2022-end while the overall design, construction, fitting-out and delivery programme will require four years according to the shipbuilder with an expected delivery in 2025.

T. Mariotti hasn’t released details about the platform and mission equipment, but according to the Italian Navy documentation released before the tender, the new SDO-Surs will have an 8,600t full load displacement, a length and beam of respectively circa 120 and 22 meters (at the flight deck), a propulsion system based on an integrated full electric propulsion (IFEP) with two azimuthal propulsion pods with an electrical power generation plan based on gensets ensuring a maximum speed of 16 knots and an endurance of 5,000 nm at 16 knots.

The ship will be equipped with a 360° view bridge with integrated precise navigation and dynamic positioning system of at least DP 2 class to support underwater operations. The SDO-SuRS will feature a flight deck for one EH-101-size helicopter and a large stern area for embarking the submarine rescue package and ancillary systems, equipped with two cranes of which at least the large one stabilized for at-sea operations. The new platform will have accommodation for up to 200 personnel including a 120 units core crew. To support special forces operations, the SDO-SuRS will be equipped with a comprehensive C4I suite with internal large-band wireless communications, Naval News understood. The vessel will also have NATO Role 1 hospital facilities with specific equipment for underwater physiology and hyperbaric medical treatment. The ship will also be equipped with small calibre remotely controlled armament for self-protection.

To support the submarine rescue and diving operations, the SDO-SuRS will be equipped with a comprehensive mission suite, unique in the Mediterranean basin, including the new deployable submarine rescue system package under development and procurement with a separate contract awarded by NAVARM in December 2020 to the industrial team including Saipem and DRASS, as well as a saturation diving package. The latter is equipped with a new generation diving chamber operating from a moon pool up to 300 meters depth, positioned amidship for reducing sea conditions effects on operations, Naval News understood.

The GOS can also use the Atmospheric Diving Suit (ADS), already used on Anteo, up to 300 m depths. The new generation submarine rescue system is centred on a newly developed Submarine Rescue Vehicle (SRV) tethered solution capable to operate up to 600 meters deep through a stern area mounted Portable Launch And Recovery System (PLARS), alongside a Deck Decompression Chambers (DDC) system including Transit Under Pressure (TUP) for surface decompression of rescued personnel by the SRV. The same package also includes a new generation Submarine Rescue Chamber (SRC) for operations up to 300 meters as well as an emergency Ventilation System (VS) suite for the distressed submarine ventilation awaiting recovery by means of the SRV system.

The new generation Submarine Rescue Vehicle (SRV) tethered solution is based on the combination of a first-class industrial Working Remotely Operated Vehicle (WROV) mechanically coupled to a proven capsule for intervention and rescue operation. This is equipped with a variable inclination skirt to mate with the distressed submarine (if pitched and/or rolled) preventing loss of time in the setting of the skirt on surface and allowing adjustment once landed on the distressed submarine (DISSUB). This ensures the best mating position of the vehicle in order to reduce the interference between itself and the DISSUB. The tethered SRV will introduce a different operational and training approach to DISSUB rescue operations in comparison with conventional solutions today in service.

All this package is rapidly deployable by aircraft, road and ship and can be independently operated with a vessel of opportunity (VoS) to provide a rapid intervention. The SDo-SuRS is also equipped with an Atmospheric Diving Suit already in use by the GOS operating up to 300 meters as well as a second ROV so-called ‘watching class’ for deep water operations identical to the SRV one (capable to replace the later in case of needs) in addition to an autonomous underwater vehicle capable to reach 4000 meters depth as well as a secondary small ROV.

The contract also includes the construction and equipment for a multifunctional, high-performance hyperbaric centre for simulated underwater operations up to 450 meters, capable to provide the formation and training of military and civilian operators and experimentation and research in the field of underwater medicine and hyperbaric physiology. The centre will be established in the Italian Navy’s La Spezia naval station in the nearby of the COMSUBIN headquarters and barracks. Work will be done by La Spezia-based companies’ Carlo Agnese and Exa Engineering.

The SDO-SuRS and its new generation submarine rescue system and saturation diving system will greatly expand the Italian Navy underwater capabilities in support of present and new generation U212 NFS submarines, as well as special forces and national underwater infrastructure security. 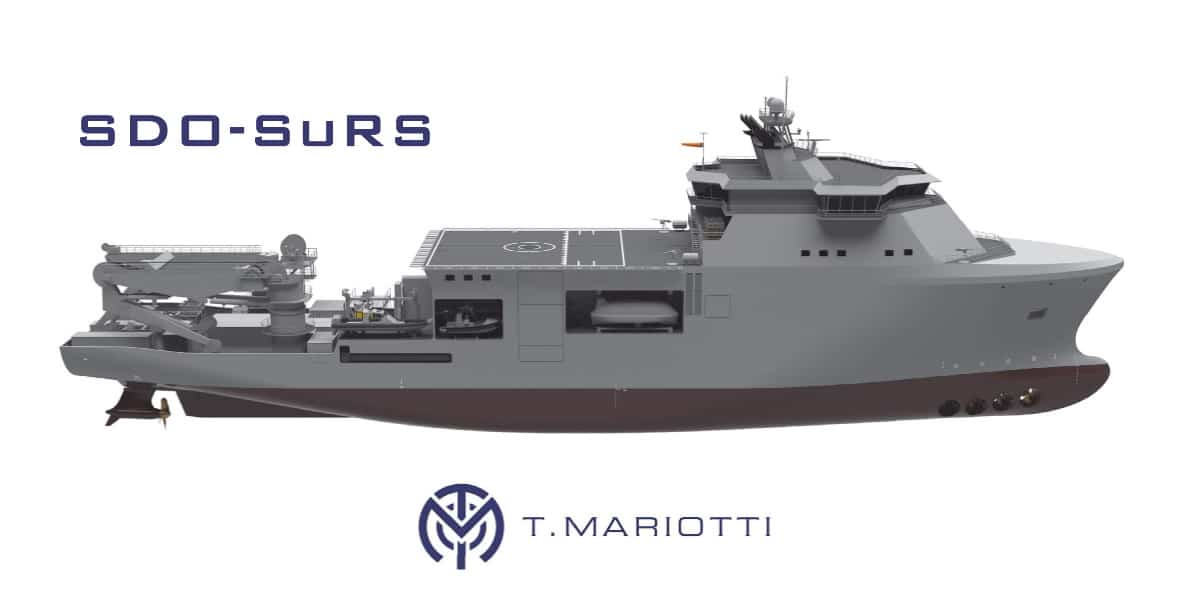