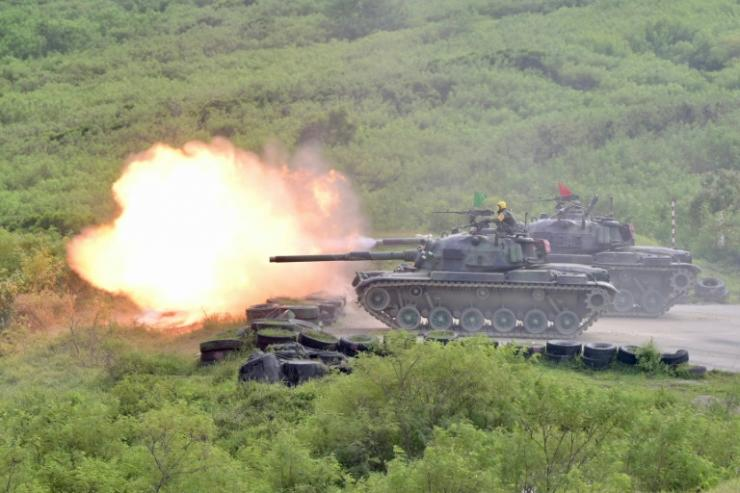 Taiwan's defense ministry Monday announced plans to begin construction of a new military base in Yilan County in the northeastern part of the island, with reports saying the site may be used to station the country's Tiangong III anti-aircraft missile systems -- considered crucial to defend the island's east coast in the event of an attack from China.


According to reports, the country's Air Force Air Defense Missile Command won the bid for the new construction project at Fortress Hill in Suao, Yilan. The construction is expected to be completed by 2025.


The newly developed Tiangong III anti-aircraft missile system is said to be capable of intercepting and neutralizing the Dongfeng 21 medium-range ballistic missiles of the Chinese air force.


Faced with increased threats from China, Taiwan has been working for several years to build and upgrade its missile technology and delivery systems under the defense ministry's Strong Bow Project.


As part of Taiwan's plans to upgrade its missile systems and reinforce missile positioning along the island's eastern coast, the Air Force Air Defense Missile Command, in the first phase, plans to build and renovate six missile sites across Taiwan to deploy Tiangong-3 anti-aircraft missiles.


The newest third-generation Tiangong missiles are reportedly constructed with lighter components, increasing their range from 45 km to 70 km.


Tensions between Taiwan and China reached the highest level in recent years, following the visit by House Speaker Nancy Pelosi to Taipei in August. Angered by the visit, China carried out several days of military drills around the island nation.

China claims Taiwan, a self-governing democracy, to be part of its territory and has long vowed to "reunify" the island with the Chinese mainland, by force if necessary.


Following its tensions with China, Taiwan has undertaken a major military modernization program to improve its capabilities to fend off a military attack from the mainland.


Taiwan and the U.S. have signed several arms deals to buy advanced weapons, including fighter jets, military drones, and missiles. However, as the Ukraine war lingers on, and with the U.S. pushing for additional weapons to be delivered to Kyiv, the fear is that crucial military hardware from the U.S. will be dangerously delayed.

Faced with increased threats from China, Taiwan has been working for several years to build and upgrade its missile technology and delivery systems.