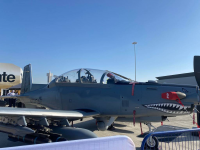 Thailand’s deal with the American company on the first day of the Dubai Airshow makes it the first international customer of the light attack aircraft. Under the contract, work will take place at the company’s Wichita, Kansas, facility.

Thomas Hammoor, president and CEO of Textron Aviation Defense, said in a statement that the Royal Thai Air Force selected the Beechcraft AT-6 to conduct a broad array of missions in support of border security as well as anti-smuggling, counternarcotics and anti-human trafficking operations.

“The RTAF is a key U.S. security ally and operator of one of the most advanced air forces in Asia Pacific. Its extensive market research and stringent procurement process sought the alignment of best cost, schedule, and performance to replace its existing fleet of aging Aero L-39 Albatros aircraft and advance the capabilities of its fleet with the latest technology,” he added.

The contract for the AT-6 — designated the Beechcraft AT-6TH in Thailand — supports the country’s modernization priorities and the mutual defense cooperation agreement between the U.S. and Thailand, a company statement said. The American firm also said the contract contributes to the growth of Thailand’s aerospace industry, as detailed in the 10-year Royal Thai Air Force Purchase and Development (P&D) Plan, and aligns with the country’s so-called S-Curve 11 strategy — a program partly meant to back the domestic defense industry.

The AT-6 is on display at the Dubai Airshow, where its pilot told Defense News that the aircraft flew from the United States to the United Arab Emirates, passing through 11 countries to refuel for a total of 33 flying hours.

“AT-6 will take part in the continued light-attack experiment, which facilitates working with other nations to highlight the interoperability through a capability to network communications — the AERONet,” Fouad Kasri, Textron Aviation Defense’s regional sales vice president for the Middle East and North Africa, told Defense News, referring to the U.S. Air Force-designed data link meant to provide battlefield situational awareness. “Since Link 16 is used by the U.S. government and it is not exportable, other countries are looking for exporting [the] AeroNet to get a 360-[degree] view of the battlespace, and to increase the interoperability between nations.”

Textron Aviation Defense training of Thai maintenance professionals will begin in Thailand in 2023, according to a company statement, with pilot training to begin in Wichita in 2024. The AT-6 are to join the Royal Thai fleet in 2024, the statement said.

In October 2019, the U.S. State Department gave the green light to Tunisia to enter talks with Textron for its trainer and light-attack aircraft requirements. And in December 2020, Textron Aviation delivered an AT-6 Wolverine to the U.S. Air Force; the second aircraft is expected to arrive next month. 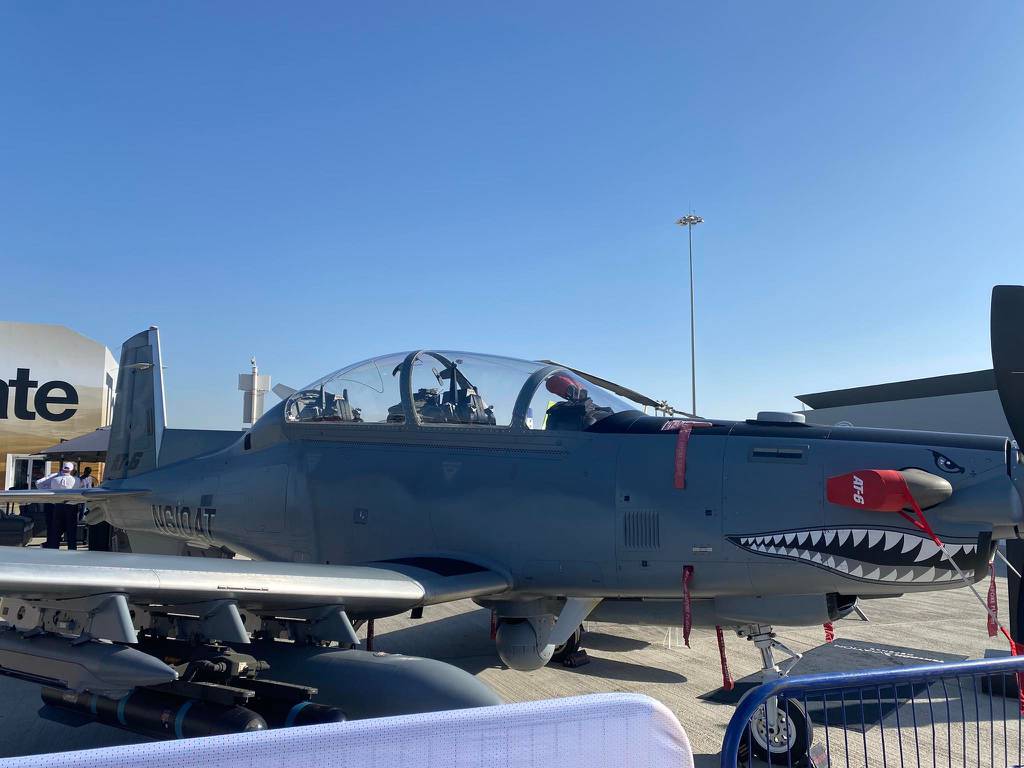 Thailand’s deal with the American company on the first day of the Dubai Airshow makes it the first international customer of the light attack aircraft.