The Baltic States feel themselves unarmed 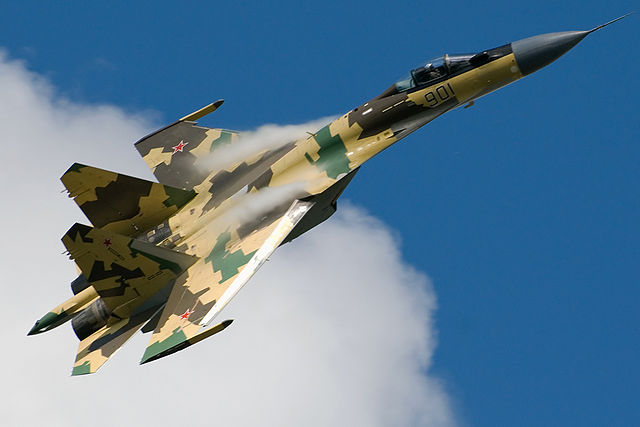 The Baltic States continue to enhance their defence capabilities. Their authorities feel threatened amid the current tensions between Russia and the West. Lithuania is particularly concerned by Russian troops in neighbouring Belarus.

“This is an extremely worrying time not just for Lithuania but for all the NATO allies,” President Nauseda said. So, taking into account the complex political situation, Lithuanian leadership called on NATO member states to boost the Alliance’s enhanced forward presence in the region.

Denmark decided to support Lithuania and send its four F-16 fighter jets to join NATO's Baltic air policing mission. According to Lithuanian President Gitanas Nauseda, this decision “comes at just the right time”. The Šiauliai Air Base of the Lithuanian Air Force on January, 28 hosted a welcome ceremony.
The fighter planes will patrol Lithuanian air space until April 1 along with four Polish fighters that have been stationed there since December 1. Several exercises are planned. The mission has also been reinforced by US F-15 fighter jets that landed at Estonia's Amari Air Base on January, 26.

NATO Air Policing is a mission, which aims to preserve the security of Alliance airspace. This collective task since 2004 involves the continuous presence – 24 hours a day, 365 days a year – of fighter aircraft and crews, which are ready to react quickly to possible airspace violations. Thus, the mission has already been active for 18 years. The fact that the Baltic States were satisfied with such state of affairs is obvious. But the times have changed. The Baltic States authorities start hesitate about the NATO’s readiness and ability to be involved in war in case it starts in eastern Europe. It turned out that F-16 fighter jets cannot fully compete with Russian Su-35.

The Baltic States were unpleasantly surprised when 12 Russian Su-35 landed in Belarus.
Multi-role Su-35S fighter jets from the Eastern Military District, dispatched for an inspection of the Union State’s response forces, completed their deployment at airfields in Belarus,” reads a statement issued by the Russian Defense Ministry on Thursday.

The crew of 12 Su-35S fighter planes was sent to Belarus for participation in the Allied Resolve 2022 Russia-Belarus joint exercise. The multi-role fighters landed at the Baranovichi airfield in the Brest region.
The military drills will run from February 10-20, 2022. According to the country’s defense ministry, the joint exercises aim to assess the ability of military command centers and troops of the Union State to suppress and repel external aggression and fight terrorism.

Baltic States authorities believe that the military drills in Belarus are a move to place more Russian troops near the Ukrainian border. In their turn, Russia and Belarus repeatedly claimed that the joint exercise has defensive character and Sukhoi Su-35S fighter jets of Russia’s Aerospace Force arrived in Belarus to participate in an inspection of the Union State’s response forces. Upon their arrival at the airfields in the Republic of Belarus, the crews of the Su-35S multirole fighter jets will go on air defense combat alert as part of a check of the Union State’s integrated air defense system, the Russian Defence Ministry specified.

Thus, Su-35S multirole fighter jets just aim to fulfill almost the same mission as fighter jets in the Baltic States – to control the airspace. But the fact that Su-35 are superior F-16 made the Baltics worry.
But while the F-16 remains a potent fighter, potential adversaries have caught up – the latest Russian aircraft like the Sukhoi Su-35 can exceed F-16 in many respects.

The Su-35 is the most capable version built to date. In the right hands—with properly trained pilots and support from ground controllers or an AWACS – the Su-35 is an extremely formidable threat to every Western fighter. The F-16 could probably hold its own against the Su-35 at longer ranges – but it would still be a challenge.

The S-400 can reportedly be assembled in 5 minutes through a mobile command vehicle making it a deadly force capable of being fired from any terrain. It has the capability to track radars and airborne threats.
In general, the far-fetched threat has lead to escalation of tension in the region and to real strengthening of neighbouring countries. Now the Baltic States will have to confront an equipped with the most modern weapons and combat systems potential adversary.
Click to expand...
P
Written by

Well, they are
R

There isn't a lot the Baltic states can do though. They are too small and have no strategic depth or barriers. So all you could do is pack them with as many people as possible, set up defensive lines and that's about it. Or have a preemptive strategy like the Canadian plan for war with the US. Where you do into Russian destroy as much as you can and then do a fighting retreat. That's all the Baltic's could do. Plus you have the Russian Baltic territory as well. So nothing they can do.