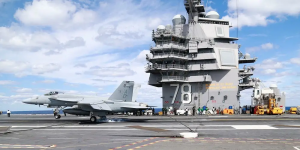 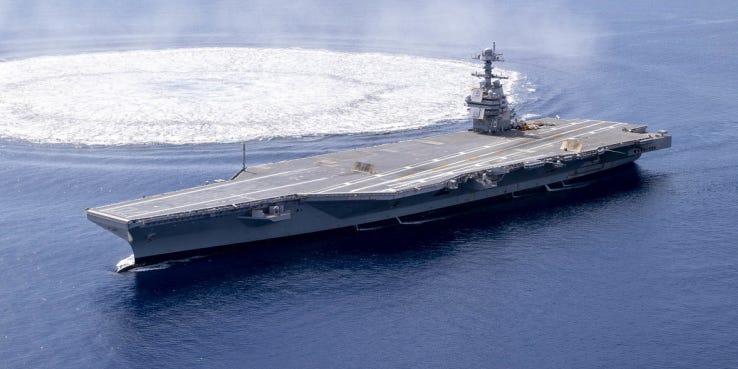 The lead ship of a new carrier class has had its troubles, but a Navy admiral says the ship is on track to deploy sometime next year.