Jagdflieger said:
Why do you always try to bring in that "daddy USA" - IMO that is just immature.

And yes the PLA was smart - since they choose to attack Vietnam - knowing that most of it's regular forces were in Cambodia. So actually the Vietnamese strategy proofed to be the faulty one.
Click to expand...

----------------------------
The attacks all happened on Friday, after security forces opened fire on protesters who had blocked a road lined with hundreds of factories as part of a larger demonstration calling for a doubling of the garment worker minimum wage of $80 a month. The brutality of the police was marked; rumors spread that in fact it was Vietnamese soldiers who had done the dirty work.

“They’re not Cambodian, they’re Vietnamese,” 25-year-old Bun Neoun, said shortly after the shootings as he lay in a hospital bed, recuperating from a bullet wound to his thigh.

“They didn’t speak at all, they just come and fight,” was his rationale. He paused and reconsidered, decided perhaps that was not the best argument, and then began insisting that they did speak. 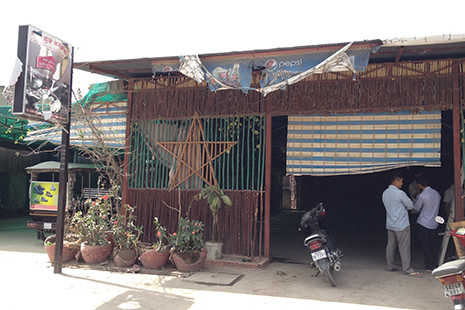 How would you know that China "begged"? maybe Vietnam begged from Russia? - but had nothing to offer in that respect?
Anyway - US information to my knowledge wasn't just in regards to Vietnam, but far more towards Russian moves on China's northern borders.

Since Russia was actually the USA's and China's prime objective. China's move into Vietnam was more a punitive action towards Hanoi and at the same time discrediting Russia's ability to support it's "friends" in S.E.A. - therefore US supported and not objected to.

Correct - and it was a major political success for China and the USA.
Click to expand...