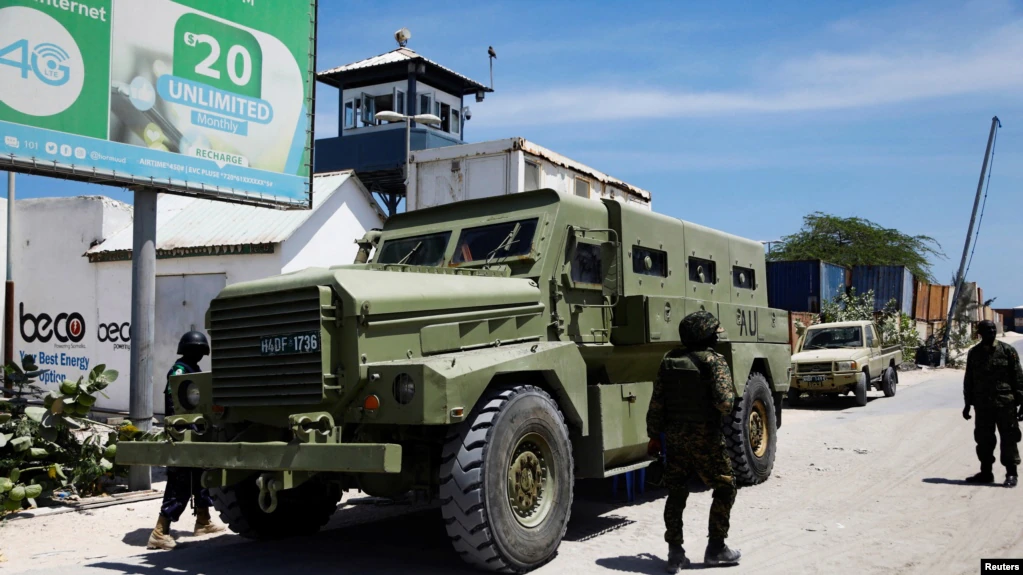 FILE - African Union peacekeepers stand next to an armored personnel carrier as they provide security for members of the Lower House of Parliament who are meeting to elect a speaker, at the Aden Adde International Airport in Mogadishu, Somalia, April 27, 2022.


Officials told VOA Somali that the militants briefly seized the base before withdrawing from it. State media said Burundian solders at the base repulsed the attack.


Al-Shabab claimed the killing of 173 African Union forces. The group also claimed responsibility for capturing AU forces as prisoners-of-war. Both claims could not be independently verified. AU force headquarters and Somali military officials could not be immediately reached for comment.


In an interview with VOA, Muhumed, who was not at the village at the time of the attack, said he was told there were “many deaths” among Burundian forces but could not give an exact figure.

“Fighting like this never happened in this area,” he said. “It was heavy fighting.”


He said two civilians were also killed and more than 10 others injured.


Muhumed confirmed to VOA that al-Shabab militants withdrew from the base. He also reported airstrikes targeting the militants as they left the base but did not say who was responsible for the strikes.


El-Baraf, approximately 150 kilometers north of Mogadishu, is one of the forward operating bases of African Union forces from Burundi.


The incident marked the first major al-Shabab attack on AU forces since the mission changed its name and operational structures last month.


The U.N. Security Council, which authorized the new mission called the African Union Transition Mission in Somalia (ATMIS), gives it a mandate to reduce the threat posed by al-Shabab, support the capacity-building of Somali security forces, and conduct a phased handover of security responsibilities to Somalia. The mission has until the end of 2024 to operate in the country. 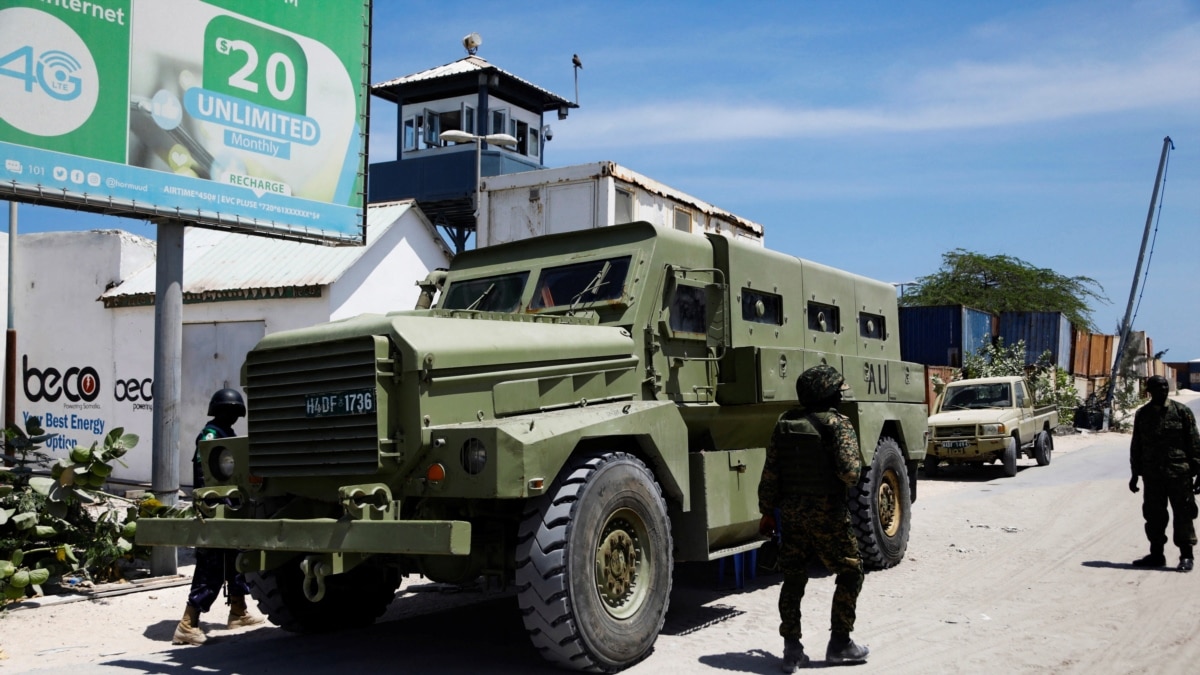