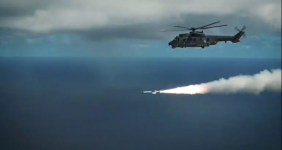 The Brazilian Navy (Marinha Do Brazil) carried out a firing trial of an Exocet AM39 missile from an H225M helicopter for the first time.​

In late June, a Brazilian Naval Aviation’s H225M helicopter took off from the Foudre-class landing platform dock ‘NDM Bahia’ to conduct a firing trial of an air-launched anti-ship Exocet AM39 missile.


The missile was fired against the ex. Inhaúma-class corvette ‘Jaceguai’ – a ship decomissionned in 2019. It hit the corvette’s bow leading to its sinking. 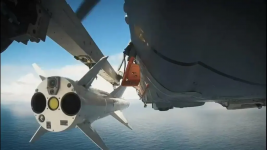 Exocet AM39 is the airborne version of the Exocet anti-ship missile family developed by MBDA. It can be launched from strike aircraft, Maritime Patrol Aircraft and helicopters. According to MBDA, with a range of up to 70 km, depending on the altitude and speed of the aircraft, the Exocet AM39 enables the aircraft to remain at range from enemy air defences. When carrying out a low altitude attack, the missile may also be launched under the target ship radar coverage. Ingress is at a very low altitude over the sea (sea skimming).


The Exocet AM39 Anti-ship missile is in service with the French armed forces and the navies of 11 other countries. Development of the latest variant, known as Exocet AM39 Block 2 Mod2, started in 2004, alongside the Exocet MM40 Block 3 (surface launched variant).


In June 2007, the latest Mod2 development of the Exocet AM39 Block 2 completed its final validation firing from a French Rafale M F3 combat aircraft. The firing also served as the validation firing for the Rafale in its F3 standard. The Mod2 evolution brings digitisation to the Exocet AM39 missile. A further upgrade could bring the AM39 to the Block 3 or Block2 Mod3 standard: The coherent seeker from the new MM40 Block 3C 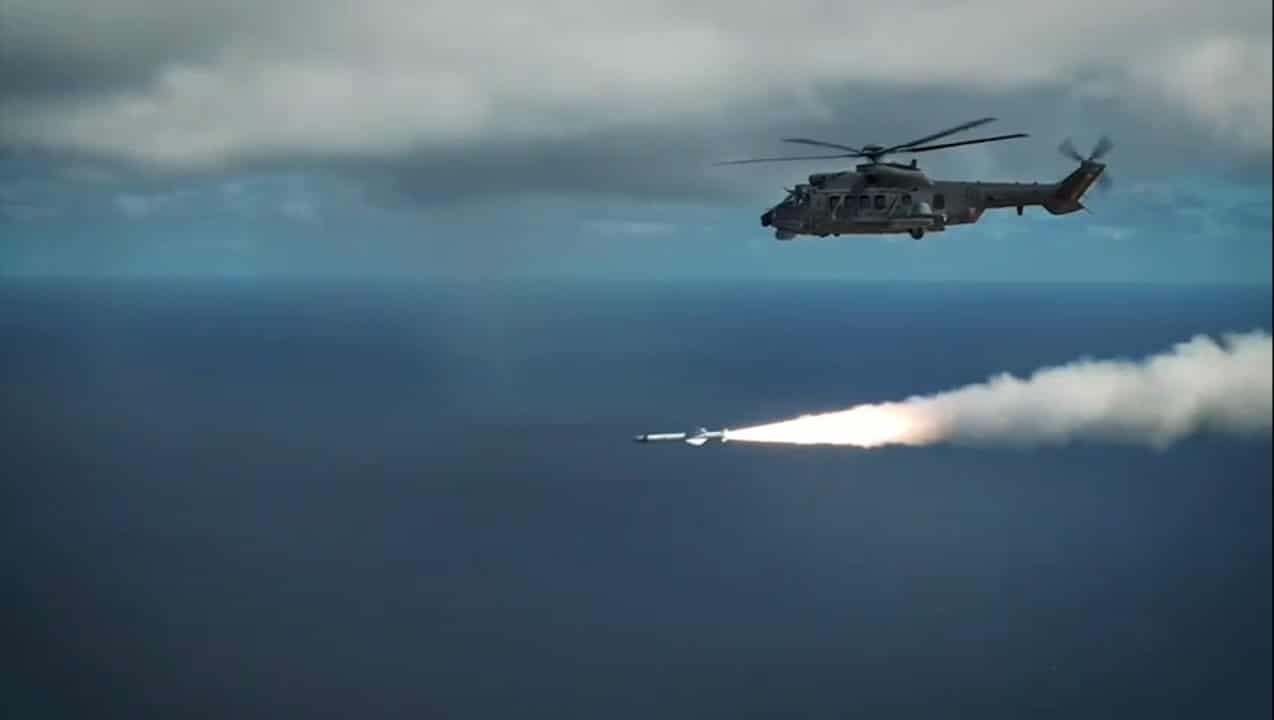 The Brazilian Navy (Marinha Do Brazil) carried out a firing trial of an Exocet AM39 missile from an H225M helicopter for the first time.