According to information published by the Danish MoD on May 3, 2022, surface-to-air SM2 missiles are installed for the first time on the Iver Huitfeldt-class frigate Niels Juel. 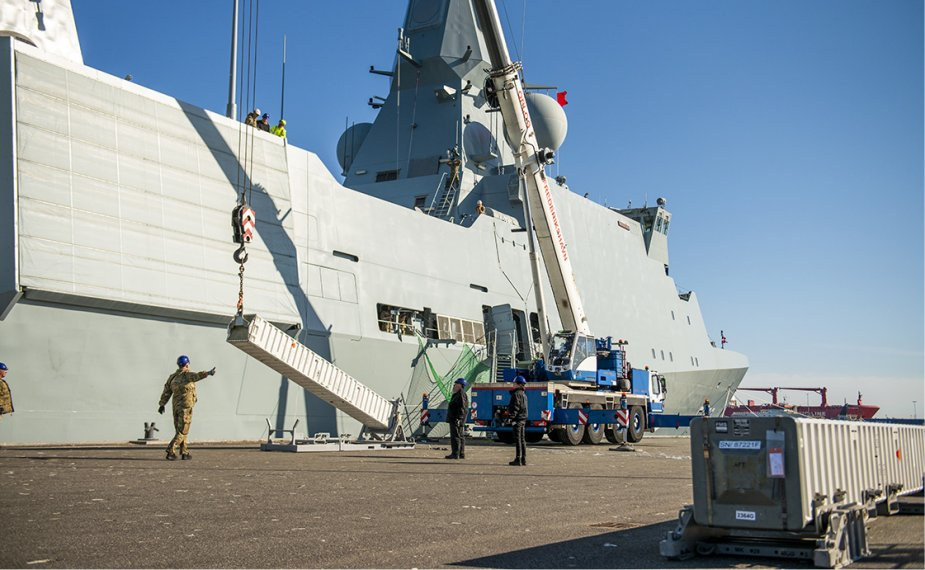 HDMS Niels Juel (F363) is an Iver Huitfeldt-class frigate in the Royal Danish Navy. The ship is named after Niels Juel, a 17th-century Danish admiral.


The Iver Huitfeldt class is a three-ship class of air defense frigates that entered service with the Royal Danish Navy in 2012 and 2013. The ships were constructed in blocks in Estonia and Lithuania. These blocks were then towed to the Odense Steel Shipyard where they were assembled.


The Iver Huitfeldt-class displaces at 6,500 tons full load and is propelled by four MTU 20V 8000 M70 diesel engines in Combined Diesel and Diesel (CODAD) configuration, allowing a maximum speed of 28 knots, and a maximum range of 9,300 nautical miles at 18 knots.


It also has a hangar and helicopter deck for medium-sized military helicopters.


The SM-2 missile chases threats closer to the water's surface, defending against anti-ship missiles and aircraft out to 90 nautical miles. SM-2 is a cornerstone of a ship’s layered defense.


It can also be used against in-coming missiles, from very low to very high altitudes and from stationary to supersonic speeds, under a variety of weather conditions, and across a spectrum of electronic countermeasures environments.

Surface-to-air SM2 missiles are installed for the first time on the Iver Huitfeldt-class frigate Niels Juel.