Sydney locals got an up-close look at a special forces Black Hawk helicopter after a training drill over the harbour took a dangerous turn.
Two helicopters had been taking part in a counter-terrorism training exercise over Sydney Harbour, with personnel spending several hours winching on and off the Captain Cook cruise ship.
However, just before 1pm, one of the aircraft clipped the boat's mast. 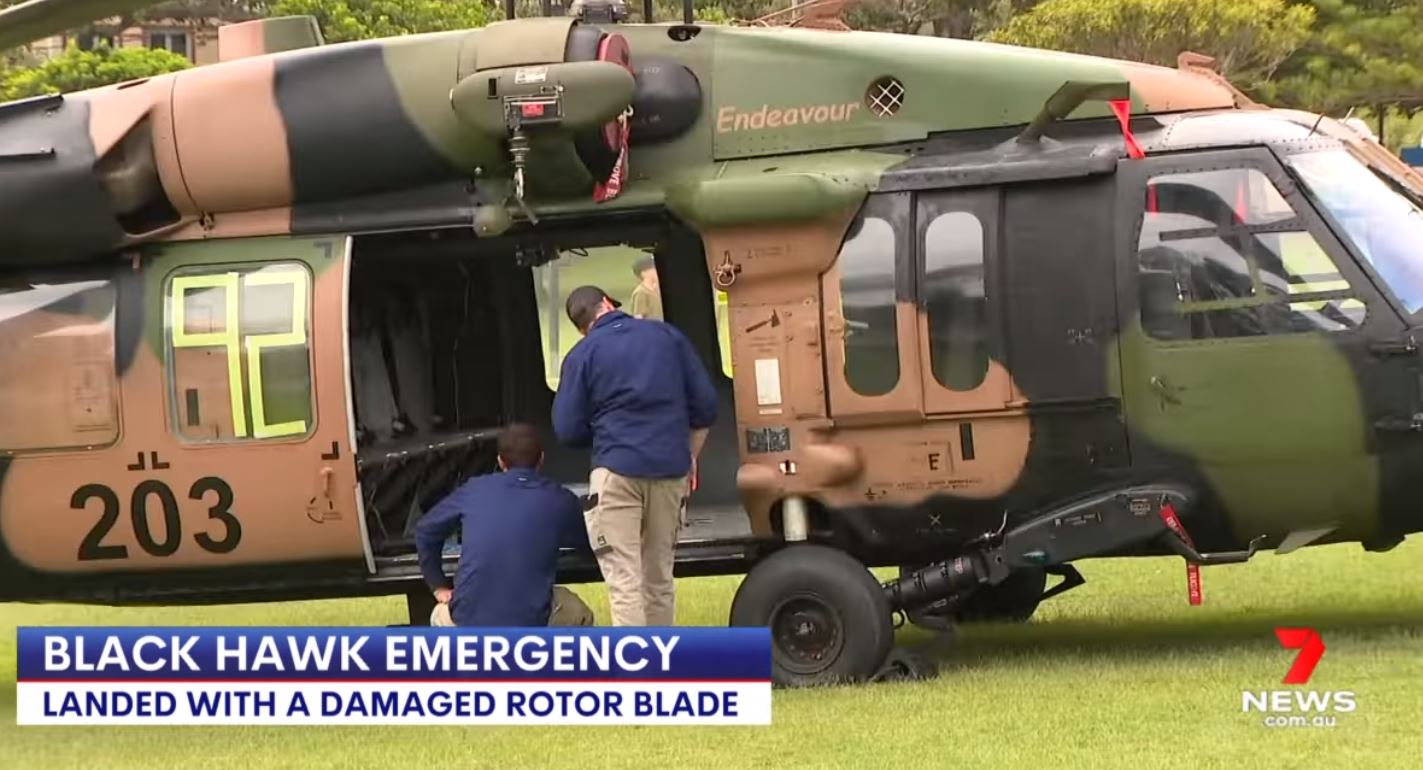 A Black Hawk helicopter was forced into an emergency landing in Sydney after a training exercise went wrong. (9News)

It headed immediately for open space, making a dramatic landing in Watsons Bay. 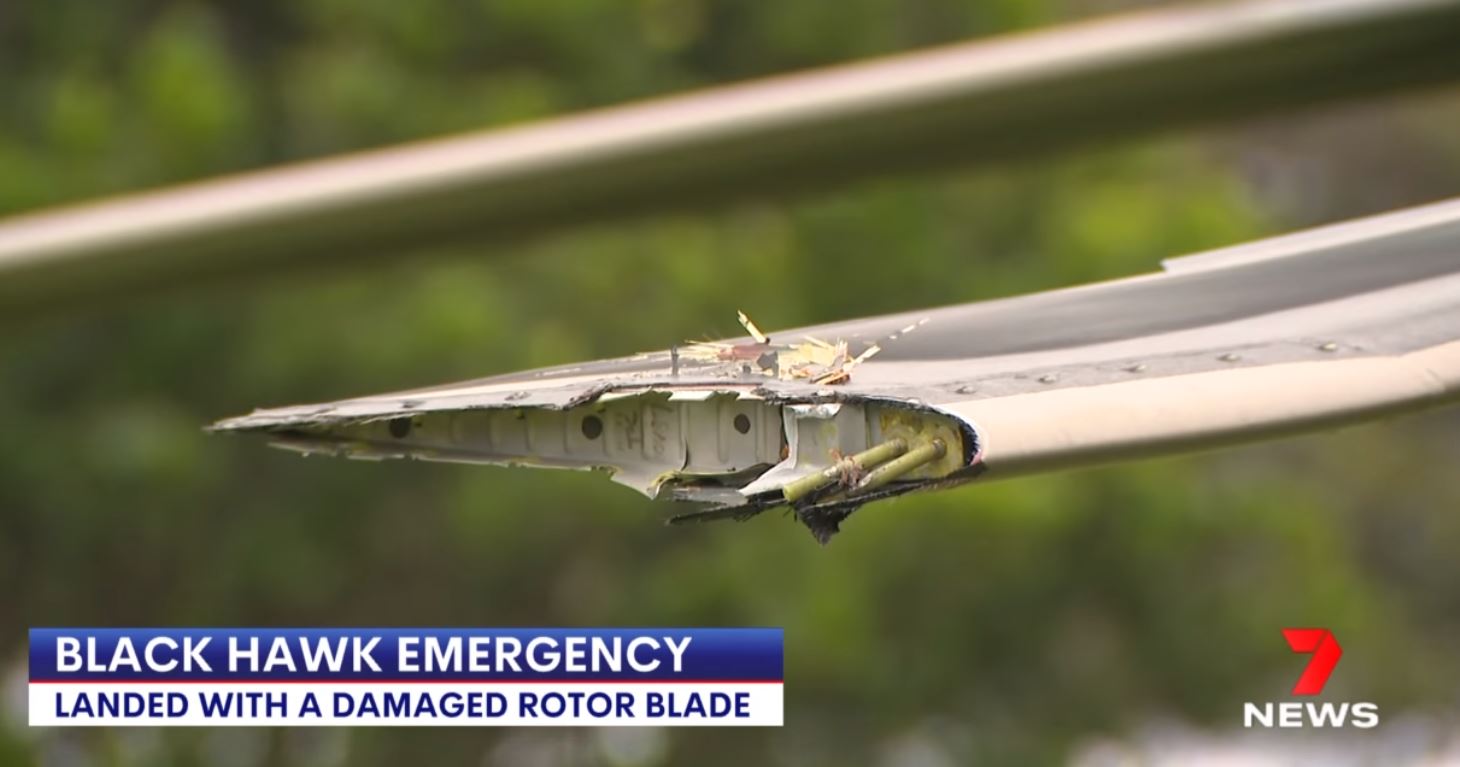 "There must have been something dramatic happening for it to land so quickly in a space where a lot of civilians were walking around," witness John Blondin said.
"This one came very quick and very loud and the leaves just flew off the trees. Virtually before you could blink an eyelid it had landed." 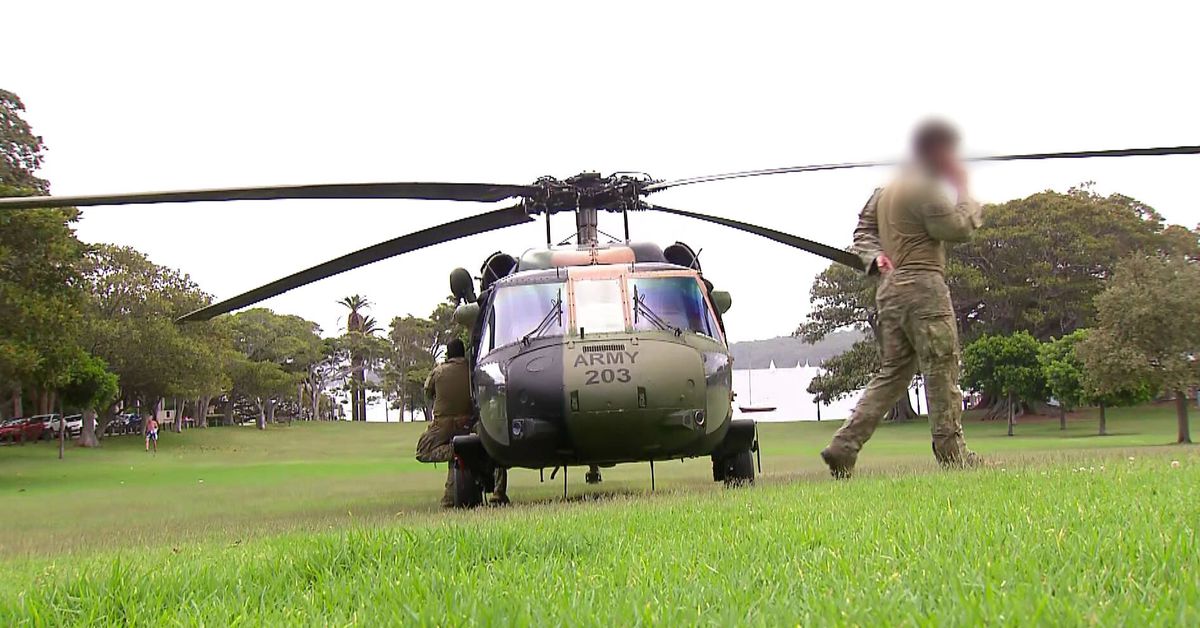