News F-16s clause is out, but terms for Turkey remain

F-16s clause is out, but terms for Turkey remain​ 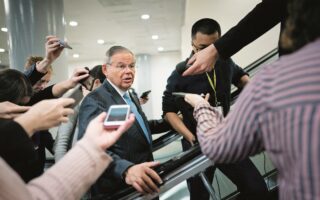 Sources in Congress tell Kathimerini the fact the amendment submitted by Senator and Foreign Relations Committee Chair Bob Menendez was not included in the Senate’s NDAA version should not be interpreted as support for Turkey’s demands. [Erin Schaff/The New York Times]
Lena Argiri
27.10.2022 • 08:26
The US Congress and officials in the American government are vexed at Ankara over how it presented the Senate’s decision to drop an amendment introduced by Senator Bob Menendez in the defense spending bill, attaching terms to any purchase of F-16 fighter jets by Turkey. People in Washington, where everyone knows that the decision did not stem from the influence of a well-paid Turkish lobby or some stroke of genius by Turkish President Recep Tayyip Erdogan, were taken aback by Ankara’s celebration of the decision. They were also concerned by the narrative emanating from some quarters in Greece that the decision signaled a defeat for Athens.

In reality, three factors contributed to this development. The first was America’s well-known pragmatism, which in this case can be summed up in the words of a top senator: “Don’t tie the president’s hands; we are at war.” The second factor was procedural, as under the pressure of the midterm elections, just 75 of the 900 amendments incorporated in the initial bill made it to the next phase. Last but not least, it was the choice of the White House to uphold the customary decision-making mechanism that governs international arms sales. Both parties in Congress also agree that such decisions need to be taken by the relevant committees and not passed via amendments. “Today it’s Turkey, tomorrow it may be Saudi Arabia and the committees end up being made redundant,” sources in Congress told Kathimerini in explanation of the position.
What they made abundantly clear, however, is that the lack of support for the specific amendment in no way means support for Turkey’s demand to purchase the American-made jets and upgrade kits for its existing fleet. These are two completely separate matters, they stress.
The committees

Well-informed sources confirm that nothing has changed – for the time being at least – with Turkey’s application and rumors that there is progress are untrue.
Technical talks are ongoing and have been delayed for various reasons, but are expected to be completed in the next few months, either way. The US government will then send notifications to the relevant foreign affairs committees in the Senate and Congress and wait for the final decisions, which will be taken by their four chairs and ranking members. Decisions at that level are taken unanimously and the opinion of the ranking member carries as much weight as that of the chair, with whatever this may entail for the Turkish demand, even after a possible swapping of roles as a result of the outcome of the midterms.

It has become obvious, both in Congress and in the government, that Turkey’s escalating aggression can no longer be ignored
Click to expand...

It is important, however, to understand the reasoning behind the initial decision to put forward the two relevant amendments (Menendez-Pappas) which stipulate that the weapons purchased by Turkey are not used against NATO ally Greece. The intention was for them to act as an additional safety valve against Turkish aggression, to act as a stopgap. No one involved backstage in the promotion of Greek interests relied exclusively on these amendments. Indeed, as one influential member of the Greek-American lobby told Kathimerini, “the benefits of introducing these two amendments far outweigh the possible outcome, no matter how hard this might be for someone to understand at

When Turkey submitted its request to buy the jets and upgrade kits, few in Washington made the connection with Turkish overflights and violations in the Aegean. What has been accomplished today, a year later, is that the two issues have been intrinsically linked and are regarded as a “package.”
That package is now on the agenda of any talks taking place between the US and Turkey, it has been raised in Congress, it has reached all the way to the Oval Office, it has been the subject of analyses at think tanks and in the American media and, according to well-informed sources, has significantly influenced the progress of the technical talks with Ankara.
The conditions
Even those who continue to support Turkey now know that for Ankara to be given the green light on the F-16s, the agreement should come with certain specific terms concerning overflights and respect for Greek sovereignty over the Aegean islands. If these terms are not upheld by Turkey (given that a significant amount of time will pass between, say, the upgrade agreement and delivery of the finished product), this could trigger a string of developments that could consign the deal to a similar fate to that of the F-35s. If that story taught Turkey anything – as insiders in Washington like to underscore – it is that no matter how advanced a stage it may be at, any agreement can be overturned.
The S-300s
It has become obvious, both in Congress and in the government, that Turkey’s escalating aggression can no longer be ignored. It is also hard to ignore its lack of credibility, which has dwindled further as a result of its baseless claim that Greece used an S-300 to “lock onto” a Turkish fighter jet. The claim was easily refuted, as the Greek side presented its partners with evidence that it used a different missile defense system and not the Russian-made one.
It has also become clear to the Americans that Turkey’s accusations about Greece are part of its strategy, and that Ankara cannot back or prove its claims. In fact, just a few weeks ago in New York a high-ranking American government official personally conveyed a message to Erdogan, saying that “you should forget the F-16s if you don’t pull back in the Aegean.” When the Turkish president gave the usual response, claiming that “it’s the Greeks who are carrying out violations,” the US official demanded proof – and he’s still waiting for it, according to his office.
The same framework of difficult negotiations being carried out behind closed doors by the Americans with a partner they no longer trust also accounts for the angry reaction of a government official toward the Turkish deputy foreign minister during a recent visit to Washington. “Do yourselves a favor and stop these dangerous games in the Aegean. If you don’t, don’t expect us to help you get the F-16s,” he said. 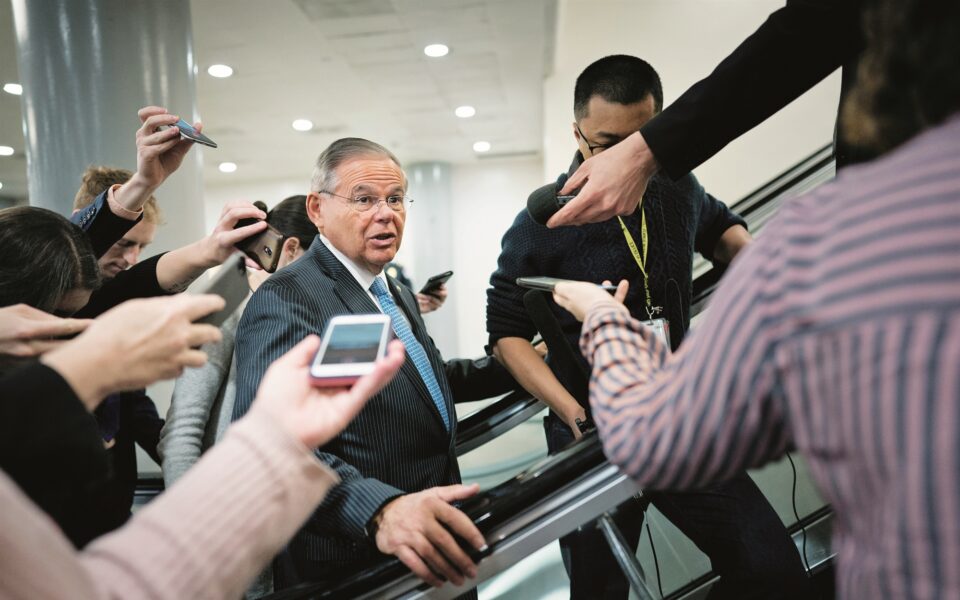 F-16s clause is out, but terms for Turkey remain | eKathimerini.com

The US Congress and officials in the American government are vexed at Ankara over how it presented the Senate’s decision to drop an amendment introduced by Senator Bob Menendez in the defense spending bill, attaching terms to any purchase of F-16 fighter jets by Turkey.