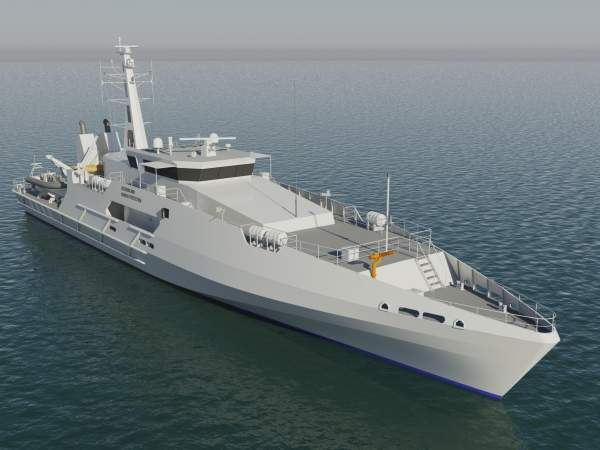 The acceptance of Defence's first evolved Cape-class patrol boat will strengthen Australia’s naval capability while providing greater reliability and effectiveness to the RAN’s patrol force to keep our borders safe.

Defence Minister Peter Dutton said the acceptance of Cape Otway was a significant milestone in the overall contract, under which Austal Ships will deliver five more of the vessels to the Royal Australian Navy.

“The six vessels will boost Navy’s current patrol boat capability as we await the introduction into service of the newer and larger Arafura-class offshore patrol vessels,” Mr Dutton said.

“The evolved Cape-class patrol boat project is one of three active naval shipbuilding projects underway in WA. Worth approximately $343 million, it directly supports around 550 Australian jobs.

“The new patrol boats will also be the first vessels to be maintained at Regional Maintenance Centre North East, in Cairns.”

To coincide with the acceptance of the first ECCPB, Vice Admiral Mike Noonan revealed the names of the six new vessels.

“Each name continues the lineage of the Cape-class patrol boats, all named after significant capes around Australia,” Vice Admiral Noonan said.

“The first boat, Australian Defence Vessel Cape Otway, will be home-ported at HMAS Cairns by mid-2022.

“Closely based on the in-service CCPB vessel design, Australian Defence Vessel Cape Otway will feature a number of enhancements that further extend the capability of the vessel in comparison to her sister Cape-class patrol boat’s operated by Australian Border Force and the two vessels operated by Navy.”

Commanding Officer of Cape Otway, Lieutenant Commander James Thompson, said it was a privilege to be selected as the first commanding officer to introduce a new platform in to service.

“I look forward to the opportunity to make full use of the greater capabilities that the CCPB has to offer,” Lieutenant Commander Thompson said.

“I am extremely proud of the resilience and can-do attitude that my crew has displayed whilst separated from loved ones. There is still a considerable way to go but I am confident in our abilities to get the job done.”

Deploying to WA in late January, Cape Otway’s crew have been busy conducting conversion training with Austal staff to enable them to take over the platform. They will remain in WA until conducting mariner skills evaluation in May, after which they will then transit back to Cairns, where Cape Otway will be based.

The remaining boats are under construction at Henderson shipyard in Western Australia and the final boat is expected to be delivered by May 2023.

I thought there were plans to arm them with SLR's.

avonsabre said:
I thought there were plans to arm them with SLR's.
Click to expand...