As we know that

U.S. Air Force MQ-9 Reapers have been flying unarmed reconnaissance missions from Poland since May, but it wasn’t until this month that the drones became fully operational.

Air Forces in Europe christened a new set of facilities at Miroslawiec Air Base, Poland, March 1 to help accommodate the Air National Guardsmen and contractors operating Reapers there.

“In addition to the completion of these projects, another important change is the remotely piloted aircraft here are now operated by both contractors and U.S. military personnel,” said Brig. Gen. Greg Semmel, Air National Guard assistant to the commander of Air Forces Europe, at the ribbon-cutting ceremony.

“This flexibility allows for the addition of new missions, and having U.S. military personnel expands the variety of missions we can accomplish," Semmel added.

The U.S. military now shares control of the Reapers at Miroslawiec during takeoff, flight and aircraft recovery with the contractors. 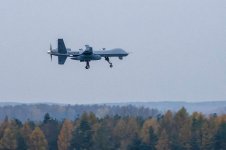 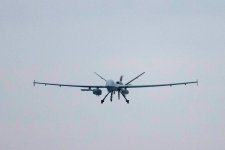 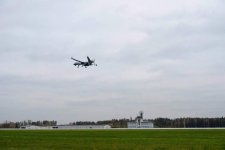 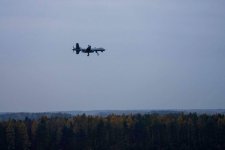