Pakistani arrested in Cyprus over plot to assassinate Israelis

Pakistani Arrested in Cyprus Over Plot to Assassinate Israelis​

Last month, an Azeri who holds a Russian passport was arrested in Nicosia on suspicion of planning to assassinate Israeli businesspeople

Pakistani Arrested in Cyprus Over Plot to Assassinate Israelis​

Last month, an Azeri who holds a Russian passport was arrested in Nicosia on suspicion of planning to assassinate Israeli businesspeople 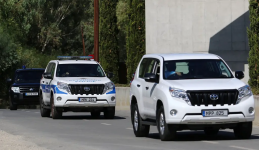 
Cypriot police arrested a Pakistani man on suspicion of planning to harm Israeli businesspeople staying in the country, the In-Cyprus news website said on Wednesday.

According to the report, a 27-year-old Paphos resident, originally from Pakistan, was arrested after police forces raided his apartment and confiscated three cellphones from his home.


The arrest took place after police examined phone records belonging to the main suspect, a 38-year-old Azeri who holds a Russian passport and was arrested in Nicosia in September while carrying a weapon. Last week, a Cypriot court extended his detention.

Earlier this month, Israel said that Iran had attempted to carry out a "terror attack" targeting Israeli businesspeople in Cyprus, following reports of an attempted assassination of Israeli-Cypriot billionaire Teddy Sagi. 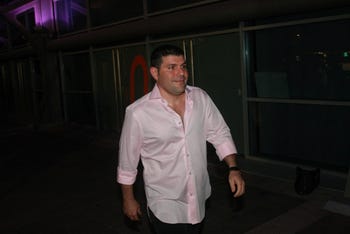 The Iranian embassy in Nicosia told Reuters that Israel is "always making such a baseless allegation against the Islamic Republic of Iran."

Defense Minister Benny Gantz addressed the incident and said: "Another Iranian ploy against Israeli has been foiled" adding that Iran continues to pose an international and local threat and a challenge to Israel. "We will continue to protect the state of Israel and our citizen against any threat anywhere."