Take a look at world biggest destroyers: The USS Zumwalt VS The Type 055 of China

Take a look at world biggest destroyers: The USS Zumwalt VS The Type 055 of China​

China has the world's largest navy in terms of total number of vessels. The Type 055 is the biggest destroyer class in China's People's Liberation Army Navy. 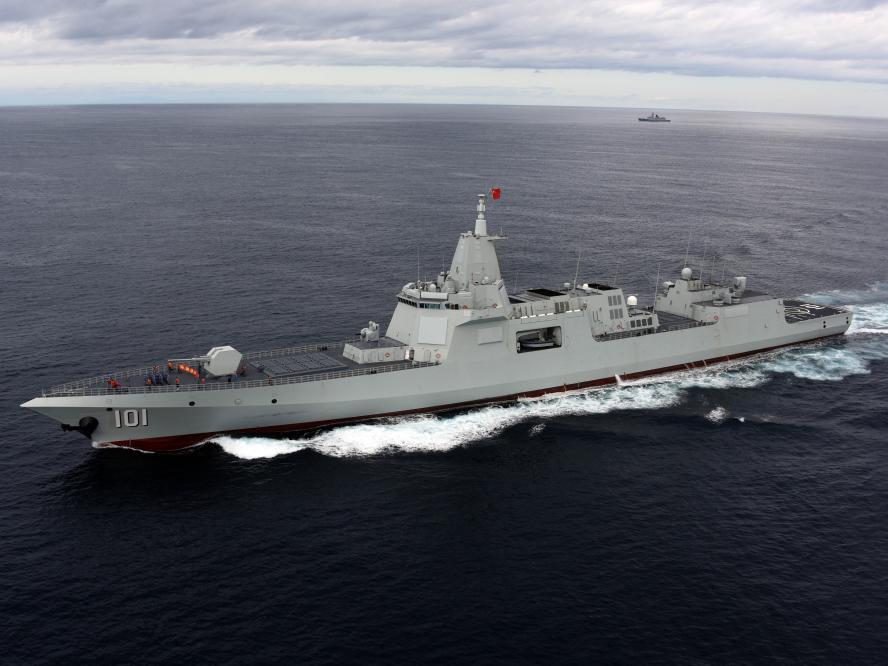 
China's navy has 355 vessels, outnumbering the US Navy's 297 vessels.

China State Shipbuilding Corp. began building its biggest vessel — the Type 055 — in 2014. The Type 055 destroyers have been in service since 2020.

The class of destroyers is also known as Renhai-class cruisers. As a multirole warship, it's equipped with weapons to counter missiles, ships, and submarines, according to the South China Morning Post.

Today, there are six of them in service, though the Chinese navy has said it plans to expand the class to a fleet of 16 ships.

Several military experts told the Global Times, a Chinese state media outlet, that the destroyer's role was to deter foreign intervention in case China conducted a military attack on Taiwan.

Unlike the American-made USS Zumwalt, which is focused on land attacks, the Type 055 is an amphibious assault ship, according to the SCMP.

And while the Zumwalt has been called a "failed ship concept" after being plagued with equipment issues, the Type 055 has been hailed "the world's most powerful destroyer" by several military publications.

The Type 055 is the first destroyer to test railgun technologies at sea, Military Watch reported.

The ships use four gas turbines that generate a total of 150,000 horsepower. They have a cruising speed of 30 knots, or 56 kph. The ships can accommodate over 300 crew on board.

Lhasa, the second ship in the class, was seen sailing as far as the Sea of Japan in June, Global Times reported.

One Zumwalt unit costs the US Navy $7 billion, according to Foreign Policy.

While the Type 055 is less expensive than its American counterpart, it costs more than other notable Chinese vessels. According to the SCMP, the Chinese navy's Type 054D, which was once its prized class of warships, cost half the price of Type 055 vessels. The Type 055 represents a "major qualitative leap" for China in terms of developing top-notch surface combatants, a 2020 report by the US Naval War College said.

The Type 055 has dual-band radar systems, the Type 346B Dragon Eye, which the US Navy "failed to integrate" in the Zumwalts, Military Watch said.

In addition to advanced radars, the Type 055 has torpedoes and can carry two helicopters: the Harbin Z-9 and the Changhe Z-18. 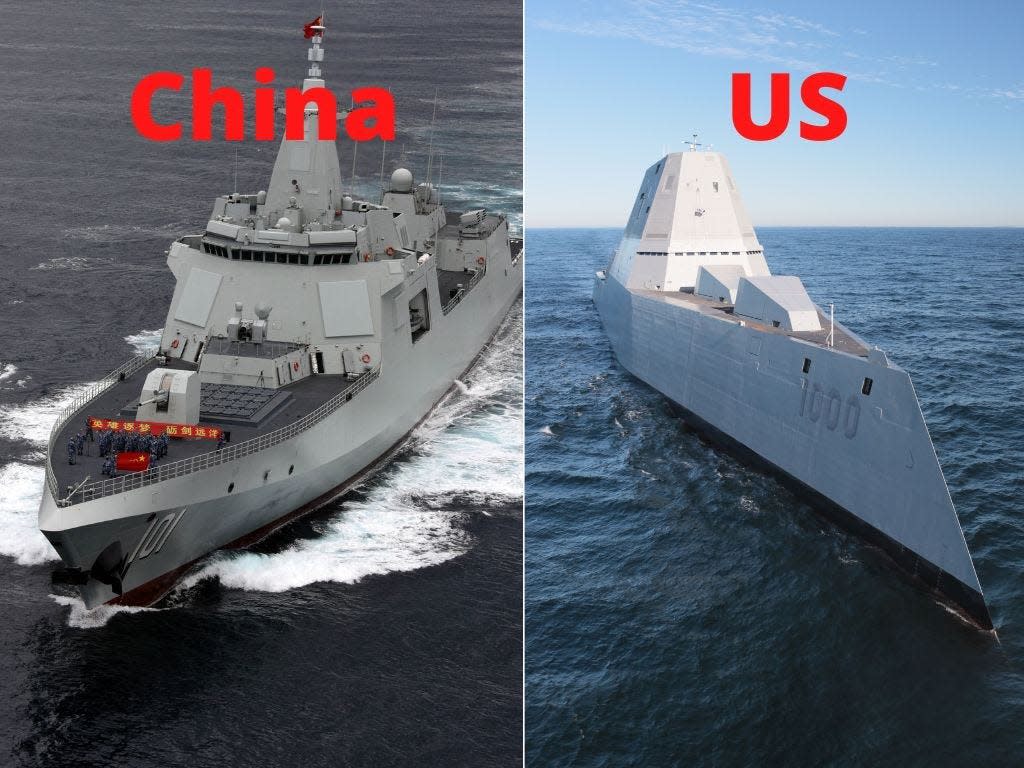 Take a look at China's biggest destroyer, a $920 million cruiser that's said to be the 2nd most powerful in the world after the USS Zumwalt

The warships, which are also known as Renhai-class cruisers, are the most advanced warships China has ever made.

The closest US navy analogue is the Flight III Arleigh Burke's. But anyways this comparison will not matters much.

The primary means of ship sinking in the USN is airpower. That's been the case since the Pacific war. And there's no competition with the US on the high sea when it comes to employing airpower.

AI and unmanned stealth assets could be the deciding factors in the future sea battles, legacy weapon indeed probably won't fare well in this technologically fast changing world, in future high tech wars, all past rules could become meaningless and be rewritten.
Big ships are more for prestige than for real combat purposes in the future, even land based anti ship missiles can sink them anywhere in the world, big size means easier targets to hit, from space, land and underwater.