Kazakhstan News Turkey to co-produce its Anka drones with Kazakhstan

https://twitter.com/i/web/status/1524283101190443008
Turkey and Kazakhstan are set to start co-producing drones that were sold to the Central Asian just last year, a statement said Wednesday.

Anka, an unmanned aerial vehicle (UAV), will be jointly produced by Turkish and Kazakh experts, according to a statement by the Turkish Aerospace Industries (TAI).

The drones will be manufactured at a facility soon to be established in Kazakhstan, it said.

The company signed a memorandum of understanding with state-owned Kazakhstan Engineering on the transfer of technology, including maintenance and repair.

The latest development will make Kazakhstan the first Anka production base outside of Turkey.

“Thanks to this agreement, we will contribute to the strengthening of our commercial and friendship ties with the friendly and brotherly country of Kazakhstan,” said TAI General Manager Temel Kotil.

Kazakhstan was reported in November to have bought three units of the medium-altitude, long-endurance (MALE) Anka drones in a deal that followed an agreement in October.

The two countries back in May signed a military cooperation agreement, foreseeing sharing of tactical and experience using reconnaissance and attack unmanned aerial vehicles.

Tunisia became the first buyer of TAI’s drone. It was reported in December to have signed a contract to buy three Anka UAVs in a deal worth around $80 million.

Anka made its maiden flight in December of 2010. A mass production agreement for the armed version of the drone, Anka-S, was signed in October 2013 and entered the Turkish Armed Forces (TSK) inventory in 2017.

It can conduct a range of missions, including real-time intelligence, surveillance, reconnaissance, communication relay, target acquisition and tracking.

It can also be equipped with weapons such as the Roketsan Smart Micro Munition’s air-launched missile launcher and the Cirit 2.75-inch guided rocket pod in its two underwing weapons stations to engage light-armored vehicles, personnel, military shelters and ground radar stations.

On Tuesday, President Recep Tayyip Erdoğan and his Kazakh counterpart Kassym-Jomart Tokayev signed a joint declaration in the capital Ankara elevating bilateral relations to the level of “enhanced strategic partnership.” 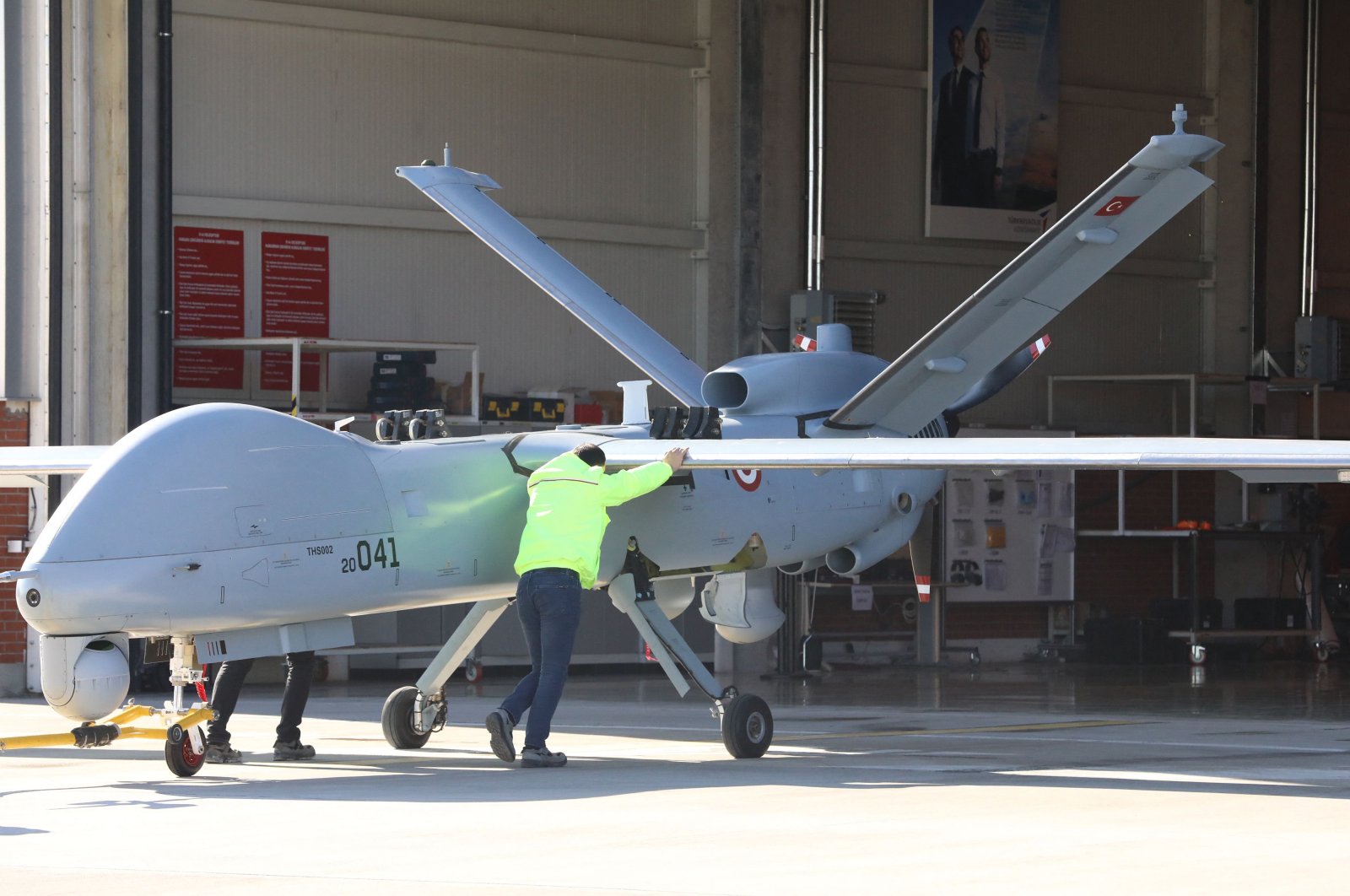 Turkey to co-produce its Anka drones with Kazakhstan

Turkey and Kazakhstan are set to start co-producing drones that were sold to the Central Asian just last year, a statement said Wednesday.Anka, an...