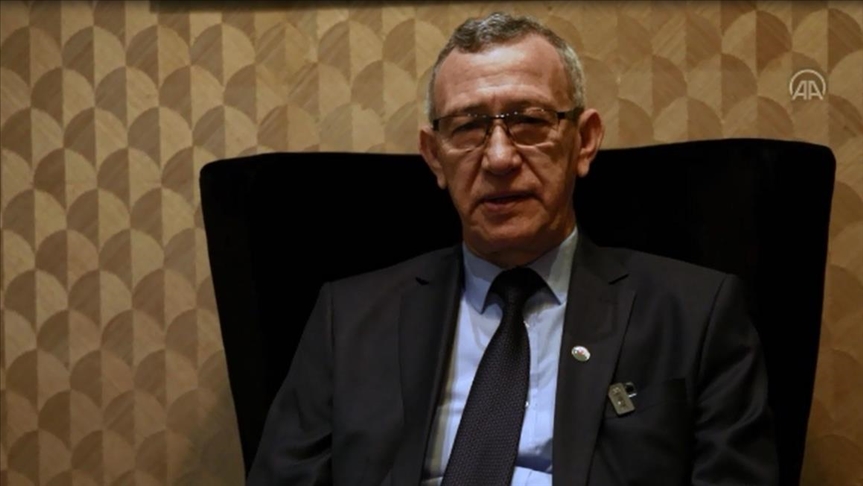 Algerian-Turkish relations and on the emergence on a continental scale of a pan-Africanism hostile to the neo-colonial framework which governs “Françafrique”. 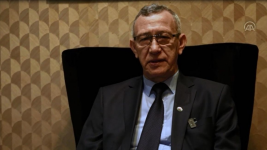 Ammar Belhimer is an Algerian public law teacher and journalist, who became Minister of Communication and spokesperson for the Djerad government on January 4, 2020. He is the founder of four newspapers, and has experience as a columnist and columnist.

The relations between Algeria and Turkey have continued to strengthen especially during the last period, in what direction is this cooperation going and in what prospects?

Algerian-Turkish relations have continued to develop, especially since the turn of the century. This development is part of a kind of exceptional partnership which, in a very short time, propelled Turkey to the rank of 5th commercial partner and the leading foreign investor in Algeria.

Do these privileged relations find their source in the common history of the two countries? In shared objectives?

There is indeed what you call "a common history" between the two countries for shared objectives that historical conditions have made necessary. Contrary to the erroneous readings which are made by some, it does not fit in with what is claimed to be "an Ottoman colonization".

At the start of the 14th century, religious hold over state entities and their alliances was preeminent. Both Islam and Christianity have inspired these entities, made them collaborate in uninterrupted confrontations.

Turkish co-religionists have responded to the indigenous request for assistance in warding off the Spanish threat to some coastal towns.

This is how Barbarossa left for Jijel in 1523. It will be the first city freed from the Spanish threat by Ottoman assistance.

From Jijel left the other campaigns which were going to liberate the other cities: Béjaia, then Algiers, at the gates of which the forces gathered at each stage meet from 1526 to drive out the Spanish occupiers. On May 21, 1529, the common forces seized the fortress of Pénon, opposite Algiers.

The expedition operates under the banner which today represents an important piece of the Naval Museum at Besiktas in Istanbul, where an entire wing houses a tribute to this particular moment in the relationship between Algeria and the Sublime Porte.

France, "the eldest daughter of the Church", will try to regain a foothold in Jijel, where the Spaniards were driven out. On July 2, 1664 by order of the King of France Louis XIV, an expeditionary force of 6,500 sailed from Toulon under the command of the Duke of Beaufort. Three weeks later he was off Jijel for an operation which turned into a fiasco.

During the parade on July 14, Algerians were surprised to see a French military device stamped with the words "Djidjelli 1664", seeing it as a surprising commemoration of a defeat.

Is economic cooperation between the two countries satisfactory or can it be further strengthened?

Economic cooperation can be further expanded. It has two components: trade and direct investment

Trade expected to reach 5 billion dollars at the end of this year is still insufficient in view of the potentialities identified but not yet exploited. This level already places Turkey as the country's fifth partner.

Turkish investments valued at $ 5 billion cover 400 investment projects led by 1,300 companies for a workforce of around 30,000 employees.

Turkey is, as such, the first foreign investor in our country.

Agriculture, tourism and services are the main vectors for relaunching the cooperation desired by both parties.

What do you see in terms of bilateral cooperation to rebuild and stabilize Libya?

Algeria opened its land border with Libya after hosting a meeting of businessmen from this neighboring country, brother and friend. It will spare no effort to contribute to its reconstruction in the sense of a consolidation of its sovereignty, its territorial unity, its stability, far from any interference, intervention or foreign presence, in a climate of dialogue and reconciliation as a basis. of harmonious living together in a democratic society

The Algiers-Bamako rapprochement worries France, what is the situation? How to analyze the panic of France
As I told RFI on July 15, the French military doctrine that planned Operation Barkhane in Mali is inappropriate, or even counterproductive. It claims to militarily annihilate the forces of terrorism that is hitting France. In doing so, it establishes a kind of "tutoring" which scorns local forces, reduced to auxiliaries for the protection of the sources of uranium necessary for the French nuclear complex. If the intention were noble, these colossal means deployed would have been an asset for the economic, social and cultural development of this country - the only lasting response to extremism and obscurantism if they are a real concern for France.

Do you think that what is currently happening in Mali, in particular the rejection of French protectionism, would be the start of a process of disengagement from France on a continental scale?

There is, in fact, an obvious and salutary renewal of pan-Africanism hostile to the neo-colonial framework which governs “Françafrique”.

All of sub-Saharan Africa, West Africa and the Sahel in particular, feels the French presence as a humiliation. It seems that the post-independence domination-submission relations which replaced the dominant-dominated relations which prevailed in the colonial era are indeed coming to an end, in favor of a more balanced partnership carried by the new ones. emerging partners such as Turkey, China and Russia.

* Ammar Belhimer is an Algerian public law teacher and journalist, who became Minister of Communication and spokesperson for the Djerad government on January 4, 2020. He is the founder of four newspapers, and has experience as a columnist and columnist.