Biden has a lot to do at home. Assuming he will take China head-on is wishful thinking

Biden has a lot to do at home. Assuming he will take China head-on is wishful thinking
Foreign policy will, to a great extent, be left to Biden’s officials, and will only occupy his mind occasionally, unless, of course, a crisis intervenes.
MANOJ JOSHI 9 February, 2021 9:33 am IST 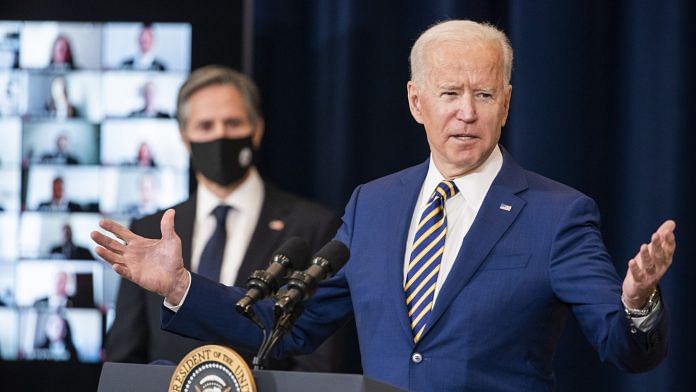 There is an element of wishful thinking in some parts of Asia that a Biden policy will lead to a more coherent and consistent pushback against a rampaging China. This could well be true, but it is unlikely to happen in a hurry. There are a variety of reasons for this. Simply put, the priorities of the new administration are likely to be different from that of his predecessor, both at home and abroad.

First and foremost, no American President at this juncture can afford to ignore the reality of the devastating COVID-19 pandemic and the need for urgent and sustained intervention to allay its physical and economic consequences. By 1 June, according to one projection, deaths from COVID-19 will hit 630,881. Mind you, these are not just the old guys. Nearly 20 percent of those who have died so far are in the age bracket of 25-64, meaning, they are likely to have been an active part of the American work force. Their passing away, combined with the disruption of many important sectors of the US economy, is certainly a huge blow to the US economy. David Cutler and Lawrence Summers, two Harvard economists, estimate that the cost to the US from the COVID epidemic will be US$ 16 trillion, if it ends this year. Besides the physical, this will be the greatest economic calamity in the nation’s modern history. The actual economic output lost is nearly US$ 8 trillion, as calculated by the Congressional Budget Office, and the rest are estimates of costs relating to premature deaths and mental health consequences. By way of comparison, the money the US spent in the futile Iraq war in the decade of the 2000s was of the order of US$ 3 trillion.


A major domestic preoccupation of the Biden administration is likely to be repairing the dangerous rift that has developed in domestic politics. Today, he is president of a country where a huge chunk of people do not accept the election outcome as legitimate. The policies of the administration will inevitably be weakened by such attitudes. Biden’s priority has to be on politically reuniting America if he is to have a strong presence abroad. As it is, the inability of the US to manage the COVID-19 pandemic and the Capitol riot have dented the US standing globally. Biden’s focus is on helping industries struggling from lost economic activity and workers displaced by the virus. The economy won’t get back to pre-COVID levels till 2022 and it could take longer for employment to stabilise.

On the day he took office, Biden announced a two-step “American Rescue Plan.” Its first step was to combat the virus by effective vaccination, enhanced testing and immediate relief to those affected; and the second was to create millions if additional good-paying jobs, combating the climate crisis and advancing racial equity. During the campaign, Biden had unveiled a huge Build America plan, aimed at revitalising the US. The plan aimed at not just restoring the US as a manufacturing power, but charting out a new trajectory of the US economy so as to compete with China. At the heart of this is the effort to provide US$ 300 billion in innovation funding for AI, quantum information, advanced materials, health, medicine, biotech, autos, and aerospace. In short, go head-to-head with China in the area of technology. As part of this, he intends to enhance the spread of US innovation and manufacturing to all regions and reach all people though high-quality worker training programmes.

Biden’s choice as the head of the National Economic Council, Brian Deese, has noted that the President’s plans is to fight for technological supremacy by rebuilding America’s core strengths, rather than trying to restrict Chinese growth through additional sanctions and tariffs. The administration will emphasise domestic investment, not just focused on industry, but the workers as well. As part of his larger strategy, cooperation in the area of technology with friends and allies will be an important element of the strategy.

Biden’s foreign policy priorities were laid out last Friday by the President himself. He most clearly prioritised Russia as the adversary of choice. The US would confront Russian actions “interfering with our elections, cyberattacks, poisoning its citizens.” He assailed Russia for the treatment of Alexei Navalny and said he had been targeted for exposing corruption.


The tone on China was also tough, and the need to “confront China’s economic abuses; counter its aggressive, coercive action; to push back on China’s attack on human rights, intellectual property and global governance.” But there was an explicit caveat missing in the Russian reference, “But we are ready to work with Beijing when it’s in America’s interest to do so.”

Biden had led off by the need to re-form the “habits of cooperation and rebuilding the muscle of democratic alliances”. The countries named — Canada, Mexico, UK, Germany, France, NATO, Japan, South Korea and Australia.” Note, these don’t include countries like India and those of Southeast Asia or the Middle East, not even Israel. Needless to say, the word “Indo-Pacific” was not mentioned.


There is a lot of talk of Biden re-pivoting from the Middle East to Asia, but this is easier said than done. There is a lot of unfinished business that demands American attention. Winding down the terrible Yemen war, getting Iran’s nuclear programme back into a restraint regime, and dealing with the Israel-Palestine issue.


Biden has built up an impressive staff for his Asian policy. Kurt Campbell’s Indo-Pacific team is the largest regional NSC directorate, indicating the importance of the region. China, described by Biden as “our most serious competitor” will be China-oriented in a range of other areas of the NSC — technology, global health security, defense, democracy and human rights and international economics. And of course, National Security Advisor is also focused on China as a priority.


But remember, Campbell is not a cabinet-level appointee, and the expertise of those who are, Anthony Blinken, the Secretary of State whose speciality is the Middle East, (just like of his Deputy, Wendy Sherman). Linda Thomas Greenfield, the new US ambassador to the UN has the background of an Africa specialist. In the US system, which is overwhelmed with detail and information, a great deal of stuff falls off the table, unless it is pushed up the bureaucratic chain of command.

But you can be sure, that Biden, a political animal if there was one, understands that this is the time when he must focus on domestic issues to preserve the values he holds and the vision of the country he leads. Foreign policy will, to a great extent, be left to his officials, and will only occupy his mind occasionally, unless, of course, a crisis intervenes. This does happen all too often and has derailed the presidencies of those who had promised to focus on the US — George W. Bush, Barack Obama and even, to an extent, Donald Trump. But now, the crisis is here, and it is not in some distant land, but in the homeland itself. 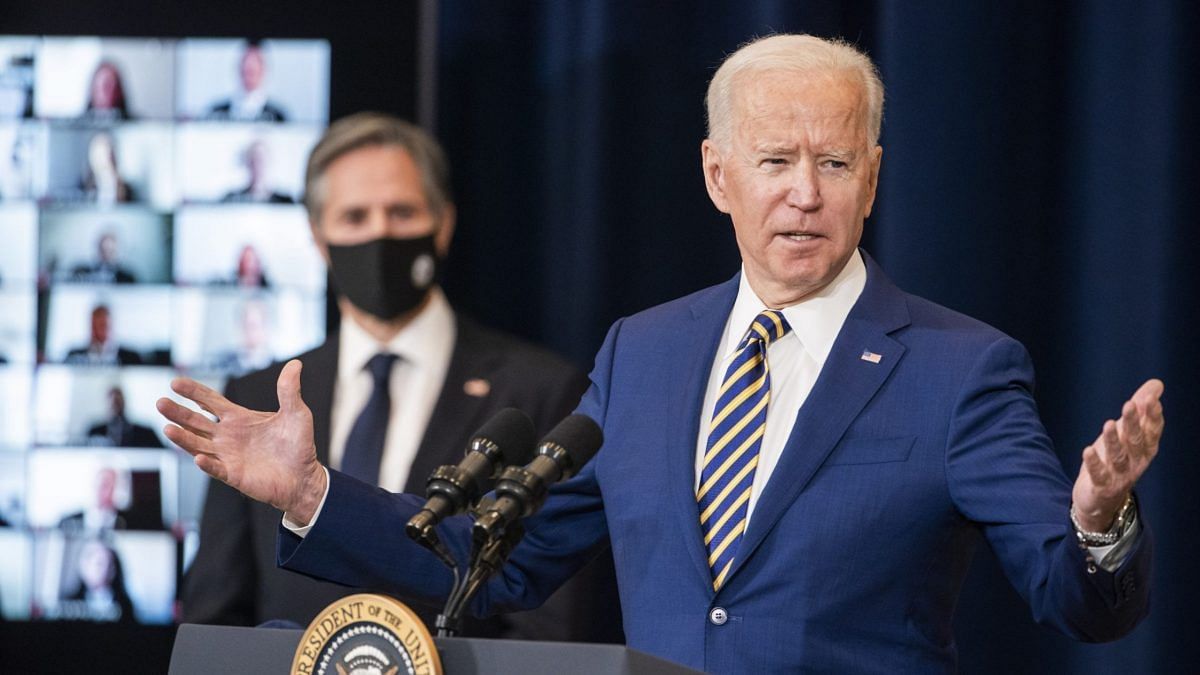 Biden has a lot to do at home. Assuming he will take China head-on is wishful thinking

Foreign policy will, to a great extent, be left to Biden’s officials, and will only occupy his mind occasionally, unless, of course, a crisis intervenes.