By the end of 2023, Denmark must be able to supply a battle-ready brigade with 4,000 soldiers and heavy weapons enough to go to war. It is a bound task in the defense settlement and a demand from NATO. But that is not going to happen, says the commander of the Armed Forces' only operational brigade. In fact, the last crucial weapons will not be ready in 2024 either, the Ministry of Defense confirms. 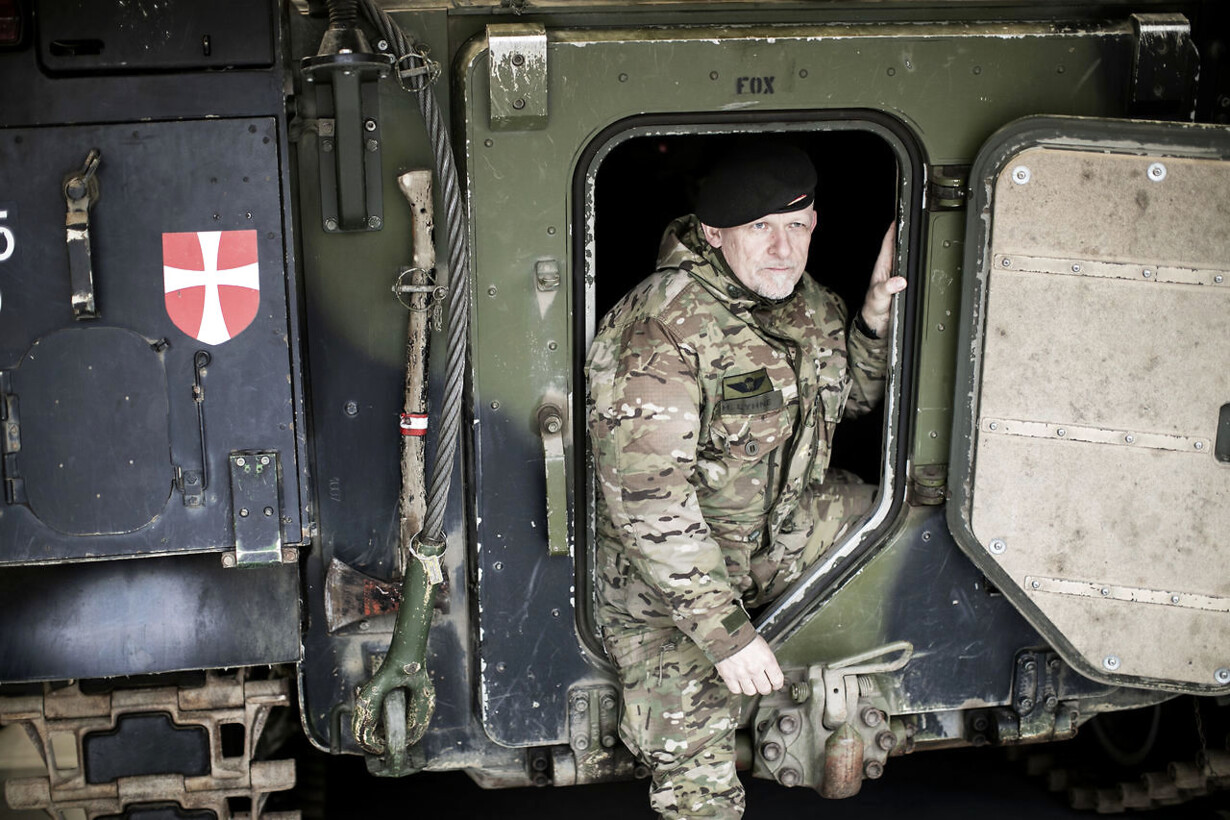 Brigadier General Henrik Lyhne is head of the 1st Brigade, which is headquartered at Holstebro Barracks, and which since its establishment in 2005 has sent units to Kosovo, Iraq and Afghanistan.
Photo: Tor Birk Trads

That is a fundamental task of the Defense Agreement, and it is a requirement of NATO. By the end of 2023, the defense must be able to set up a battle-ready brigade.
It will not happen.

Denmark will neither realize the defense agreement nor meet NATO's requirements. It tells the man with his hand at the helm of Denmark's only operational brigade.
"We do not have a battle-ready brigade on 1 January 2024," says Brigadier General Henrik Lyhne, commander of the 1st Brigade.
A brigade is the largest military unit in the Danish defense, and by the end of 2023, Denmark will have a brigade with 4,000 soldiers as well as tanks, weapons and vehicles to go to war on their own.

The 1st Brigade is the Armed Forces' only operational brigade, known as the 'Army Fist', and the brigade's units have been continuously deployed on missions in Afghanistan, Iraq and Kosovo.

The rearmament is underway. Upgraded tanks, new armored personnel carriers, new artillery, heavy mortars, trucks and much other equipment are rolling into the brigade's units these days.

“Building a brigade is a mammoth task. All equipment is being replaced at the moment because we have worn things down during many years of deployment in international operations. The entire palette must be replaced so that we can deliver a brigade to NATO, "says Henrik Lyhne.

MIKKEL VEDBY RASMUSSEN, MILITARY RESEARCHER, PROFESSOR AT THE DEPARTMENT OF POLITICAL SCIENCE AT THE UNIVERSITY OF COPENHAGEN


"If one is to deter Russia in a credible way, one must be able to deliver the whole package, with tanks, artillery, air defense and intelligence."​

But it is not possible to purchase all the agreed equipment before the end of 2023.
The Achilles heel is a weapon for air defense. A crucial component to protect the brigade from airborne threats such as aircraft and missiles. Purchasing such weapons takes several years, and the purchase of ground-based air defenses has not even begun.

"We will not have all the planned equipment by 2024. Hardly anyone believes that," says Henrik Lyhne.
“Air defense is one of the things we receive last. Even if we manage to receive it before 31 December 2023, air defense is a super-complex system to train staff for. It's not just firing a missile into the blue sky. I have to spend one year integrating an air defense system into the brigade. That is, I must receive it by the turn of the year 2022-2023. And they have not even started to buy it yet, so I do not believe in that, "says Henrik Lyhne.

The Defense Command, together with the Ministry of Defense's Materiel and Procurement Agency, is responsible for purchasing the agreed weapons for the brigade. Already last week , Denmark's new Chief of Defense , Lieutenant General Flemming Lentfer, announced in an interview with Berlingske that it will be a significant challenge to set up a battle-ready brigade by the end of 2023.

In fact, the air defense for the brigade will not be ready in 2024 either, the Ministry of Defense informs. In other words, the acquisition is delayed by more than a year after the defense settlement deadline. 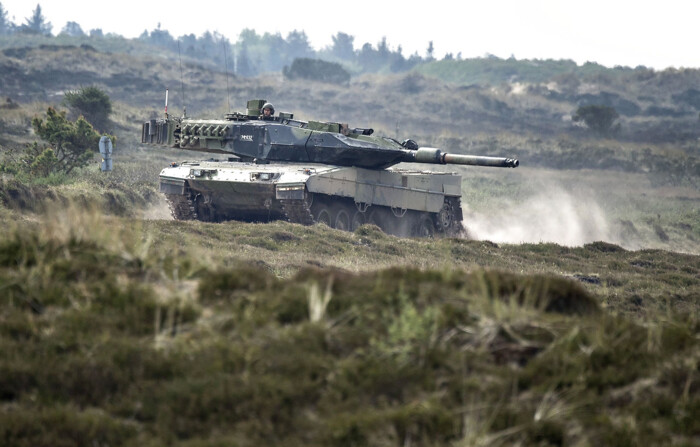 As part of the upgrade of the 1st Brigade, the Danish Leopard tanks will be rebuilt and modernized. Here is the Jutland Dragon Regiment's armored battalion on a training ground in Oksbøl.
Photo: Henning Bagger.

Suicide to go to war without air defense​

The Ministry of Defence's press department has sent a comment from Minister of Defense Trine Bramsen (S):
"The defense agreement largely follows the plan that was laid down over three years ago. I have great confidence that the Chief of Defense will take care of the challenges that arise along the way, and make sure that I and the conciliation circle are informed, as we have become, for example, with the challenges of building air defense. "

In the Folketing's defense conciliation circle, the delay is astonishing.
“It is completely unacceptable. This will be the big topic at the next meeting of the conciliation committee. The Ministry of Defense and the Defense Command have stated that it would be possible to have a deployable brigade in 2024, when we entered into the defense agreement. There have been rumors for a while that it will be difficult; but now it is being stated that it will not happen. The conciliation group must not accept this, "says Søren Espersen, defense spokesman for the Danish People's Party.

"We have a clear expectation that the agreements we enter into in the defense settlement will be fulfilled. If this does not happen, Minister of Defense Trine Bramsen owes the conciliation committee a very good explanation. And then I expect the Minister to convene discussions on how Denmark can accommodate NATO in other areas, for example with an increased presence in the Arctic, "says the Liberal Party's defense spokesman, Lars Christian Lilleholt.


No doubt to criticism from NATO​

In addition to the defense agreement, Denmark will not fulfill the agreement with NATO either. Denmark's ability to set up a brigade is a crucial requirement in the so-called strength targets from the defense alliance.

"It will undoubtedly trigger criticism from NATO," says Peter Viggo Jakobsen, associate professor at the Defense Academy and researcher in Danish and international security policy.

This already triggered historically harsh criticism of Denmark, when NATO in its evaluation of the Danish forces in October 2020 was able to state that there was uncertainty as to whether Denmark would reach its goal with the plans for a battle-ready brigade.

"The brigade is important for NATO right now, because we are moving towards a security policy situation where we may have to deploy large forces close to Denmark," says military researcher Mikkel Vedby Rasmussen, professor and dean of the Faculty of Social Sciences at the University of Copenhagen.
It is concretely about deterring Russia, whose annexation of the Crimean peninsula has been an eye-opener for NATO member states.

“It does not necessarily mean that we are going to war with Russia; but we must be able to deter Russia. And if one is to deter Russia in a credible way, one must be able to deliver the whole package, with tanks, artillery, air defense and intelligence. It is a completely different way of thinking about defense than Denmark did with Iraq and Afghanistan, where we contributed with special forces and other specialized units, while the British or the Americans provided the rest, "says Mikkel Vedby Rasmussen. 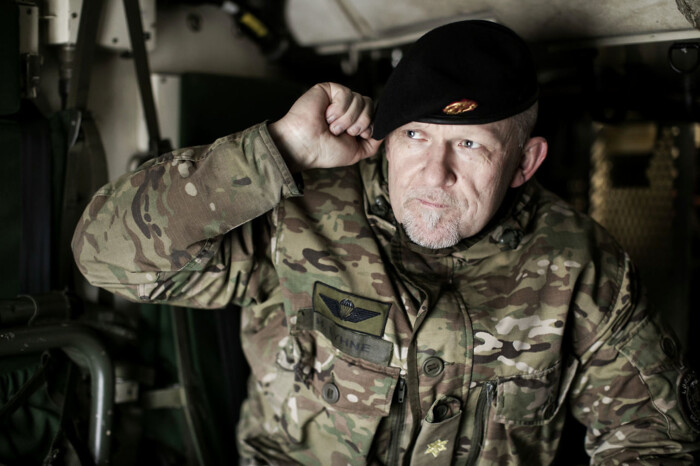 "We do not have a battle-ready brigade on 1 January 2024," says Brigadier General Henrik Lyhne, commander of the 1st Brigade.
Photo: Tor Birk Trads.

Not just a delivery in the barracks​

The Defense Command confirms that the purchase of ground-based air defenses has not yet begun.
“No decision has yet been made on the individual elements of the acquisition of an air defense capability for the Army. This is a complex capacity that must be built from the ground up in the Armed Forces. There have been ongoing reassessments, which means that there will be continued analyzes in 2021. Then comes a longer process of acquiring and implementing the air defense capacity in the brigade, which goes beyond this defense agreement, "writes the Defense Command.

And once Brigade Commander Henrik Lyhne receives the critical weapons to defend his brigade against air strikes, the challenges begin in earnest:
“We are only about 3,000 men in the brigade today, so we are not up to full strength. Nevertheless, we must be able to hijack all the material that is pouring in for us at the moment, "says Henrik Lyhne, who is on his way out to the training arena to try out new heavy mortars when Berlingske talks to him.

“There are probably some who imagine that when you buy a new weapon system, you are ready to deliver it in the barracks. But there is a huge challenge in bringing new equipment into the organization and training instructors, mechanics, soldiers and drivers, "says the brigade general.

The Danish defense currently has two brigades, of which only one is an operational brigade that is used in combat. It is the 1st Brigade, the Army's primary standing response force, while the 2nd Brigade with headquarters in Slagelse is a training brigade.

Have the politicians in the defense conciliation circle shot over the goal of the agreement to set up a battle-ready brigade before the end of 2023?
This is a political issue that the brigade commander will not address. Peter Viggo Jakobsen, on the other hand, wants that.

»The problem is rather that the politicians have subsequently chosen to use the Armed Forces for border control, mink killing, guarding in Krystalgade and all sorts of other tasks. The army must constantly throw everything in its hands to deal with acute crises. At the same time, the soldiers are being rotated on missions in Mali, Iraq and Afghanistan. The defense is so tense that it is not possible to prioritize long-term goals, and the politicians have with open eyes downplayed the building of a brigade, "says the military researcher.

In the Danish People's Party, Søren Espersen rejects that the problem is due to the politicians and the Armed Forces' many ongoing tasks since the conclusion of the defense agreement.
»The Ministry of Defense and the Defense leadership have nodded to these tasks. We must be able to expect the agreements in the conciliation circle to be implemented. And that we will be informed if this is not possible, "says Søren Espersen. 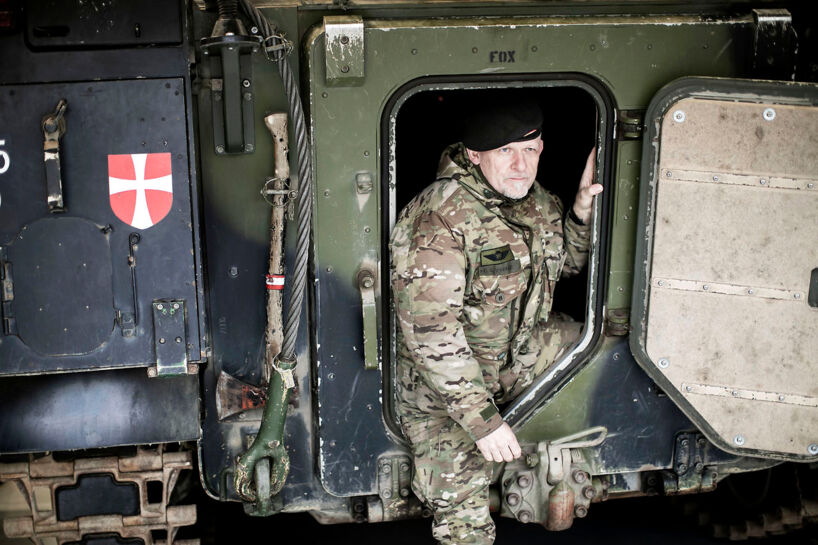