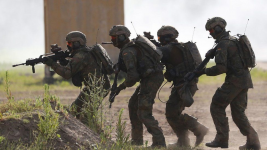 German troops are leading a Nato battlegroup in Lithuania

The German defence minister has told the armed forces that reported racist and sexual abuse in a German platoon based in Lithuania has put their entire reputation at risk.
The 30 soldiers have now been recalled. Annegret Kramp-Karrenbauer said the scandal was a "slap in the face" for all those serving in the Bundeswehr (armed forces).
The reports spoke of a sexual assault, bullying, anti-Semitism and Nazi songs.
The platoon was part of a Nato mission.
"Through their behaviour these soldiers frivolously put the whole Bundeswehr's reputation at risk," she said, addressing a Bundeswehr officers' academy in Hamburg.
The allegations, first reported by Der Spiegel news, relate to a party held at a hotel in Lithuania at the end of April.

Members of the platoon allegedly filmed an incident of sexual assault against another soldier and sang anti-Semitic songs. Later more allegations emerged of sexual and racial abuse in the platoon, including soldiers singing a song to mark Adolf Hitler's birthday on 20 April.
Ms Kramp-Karrenbauer said "these misdeeds will be severely prosecuted and punished, as far as expelling those responsible from the Bundeswehr". 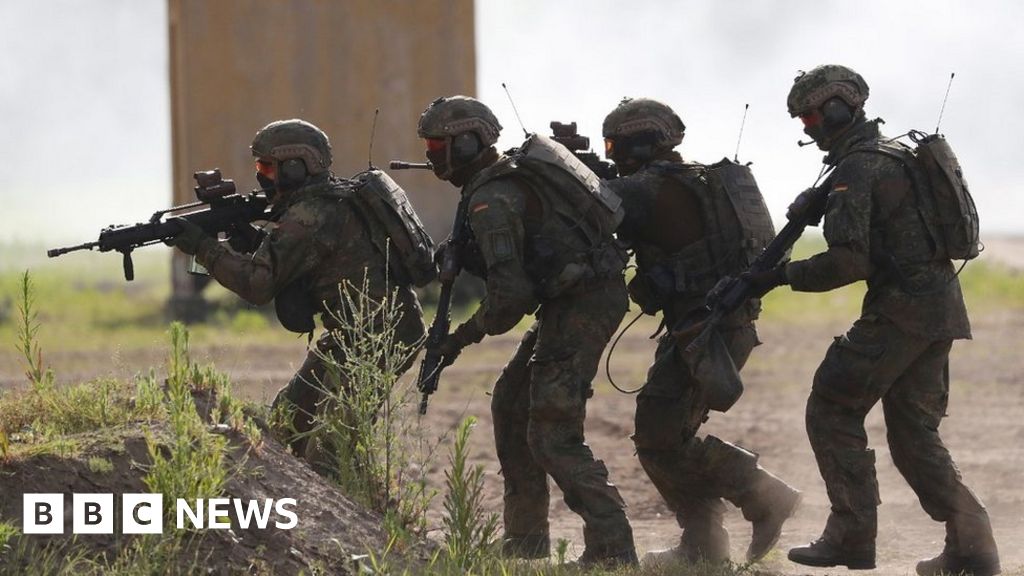