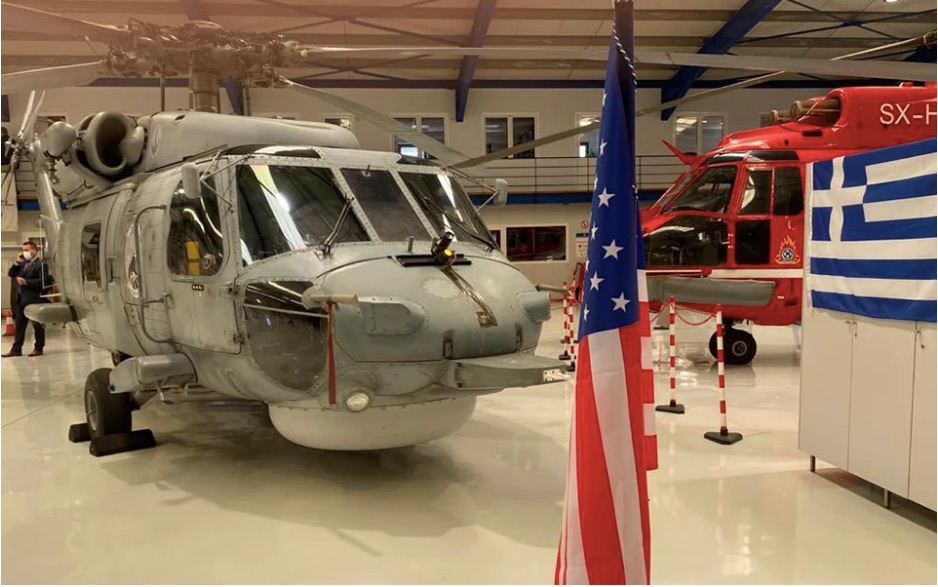 
The inclusion of the 11 Aegean Hawk S-70 helicopters of the Navy in the program was made possible under the intergovernmental agreement between Greece and the US. The deal allowed Greek aeronautics and aircraft maintenance company Aeroservices to participate in the program as the only certified repair company for this type of Sikorsky helicopters in Europe.

“It’s incredibly exciting to get this Hellenic Navy helicopter back in the air, and I want to congratulate the whole team of professionals at Aeroservices for their achievement,” said US Ambassador Geoffrey Pyatt at the delivery ceremony.

“The work being done here at Aeroservices, on behalf of the Hellenic Navy, is another great example of the US Foreign Military Sales (FMS) program delivering results for the Hellenic Armed Forces. The Hellenic Navy’s S-70B sustainment and upgrade programs exemplify the strong cooperation between the US and Hellenic Navies,” he added.


https://twitter.com/i/web/status/1390236026451472391
The event was attended by General Konstantinos Floros, head of the Greek Armed Forces, and Vice Admiral Sylianos Petrakis, the head of the Navy.