George Schultz former US Secretary of State dead at 100

George Shultz, a former US secretary of state who significantly shaped foreign policy in the late 20th Century, has died at the age of 100.
He died on Saturday at his home in Stanford, California, the Hoover Institution think tank said.
He served three Republican presidents - Dwight Eisenhower, Richard Nixon and Ronald Reagan - in various roles.
Under Mr Reagan, Mr Schultz spent much of the 1980s trying to improve relations with the Soviet Union.
The Hoover Institution, where Mr Schultz worked as a distinguished fellow, said the statesman had been instrumental "in changing the direction of history by using the tools of diplomacy to bring the Cold War to an end".
Hoover Institution Director Condoleezza Rice - a former secretary of state herself - said: "Our colleague was a great American statesman and a true patriot in every sense of the word."

"He will be remembered in history as a man who made the world a better place." 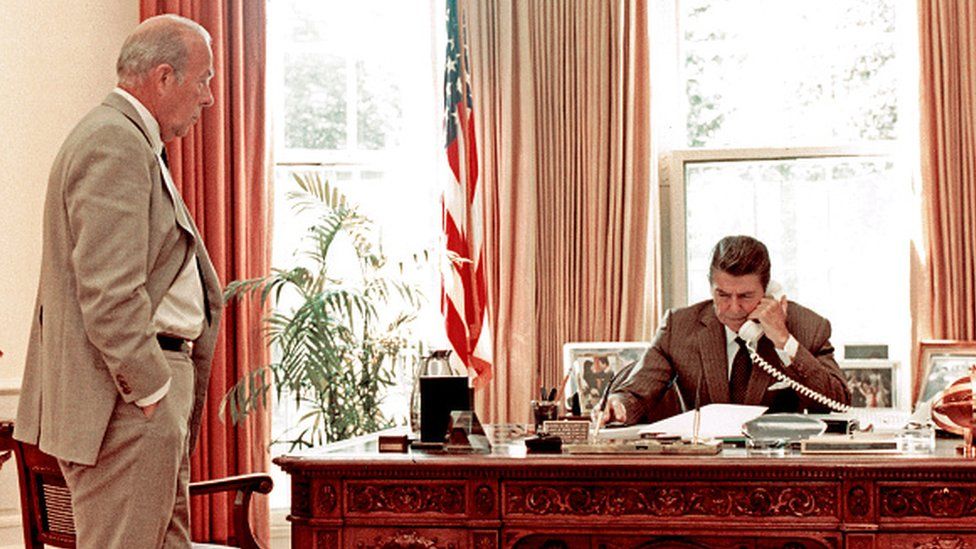 
Who was George Shultz?​

Born in New York City in 1920, Mr Shultz studied economics before serving in the US Marine Corps during World War II.
In the 1950s he held senior academic posts and worked in the Eisenhower administration as economic adviser. When Republicans returned to the White House with Richard Nixon in 1969, Mr Shultz was appointed secretary of labor.
He later became Mr Nixon's secretary of the treasury and chairman of the Council on Economic Policy.
In 1982, Ronald Reagan made Mr Shultz his secretary of state. In the Reagan White House, notorious for infighting, Mr Shultz was one of the least controversial figures, cultivating ties with allies and enemies.
In the second half of the 1980s, Mr Shultz courted then-Soviet leader Mikhail Gorbachev to try to ease Cold War tensions.