Hope for the Future of American Leadership Dies Hard

Germany Holds a Special Stake in the U.S. Election​ 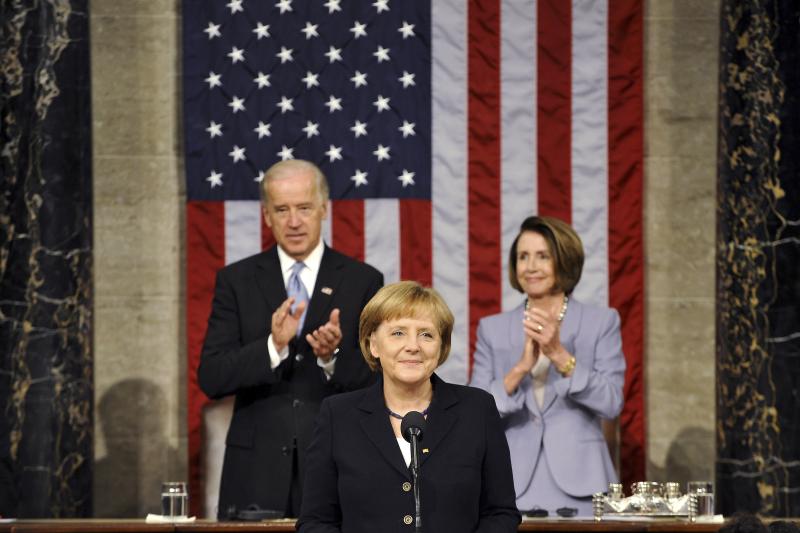 Few countries outside the United States have as much at stake on November 3 as Germany. If the Democratic candidate, former Vice President Joe Biden, wins the U.S. presidential election, the badly bruised transatlantic relationship can yet be reconstructed. But if President Donald Trump wins a second term, the United States might take an even more hostile attitude toward Berlin and Brussels than it did during his first.
The last three and a half years have sobered Germany’s relationship with the United States. Sentimentality and nostalgia have gone, and disappointment has turned to shock as Germany has absorbed Trump’s wrath. Certainly, the U.S. president resents the German trade surplus and strongly believes that Germany should shoulder more of NATO’s burden (indeed, many political figures in Berlin believe that these concerns merit serious debate). But such points of contention do not explain why the U.S. administration has shown contempt for and sought to humiliate an erstwhile close ally.
The Trump administration has expressed this aversion consistently, through a variety of actions. It sent to Berlin an ambassador—Richard Grenell—who lectured and attacked German political and business leaders while openly supporting far-right forces in Europe. The White House has repeatedly threatened to impose automotive tariffs on Europe—a measure aimed particularly at Germany, which has by far the biggest automotive industry on the continent. Without consultation, the United States partially withdrew its troops from Germany (the German left welcomed this move), and it imposed retroactive sanctions to block the Nord Stream 2 gas pipeline from Russia to Germany (U.S. Democrats supported this one). Three Republican senators threatened to crush a small, eastern German coastal town with economic and legal sanctions if it continued to allow ships to be equipped for the pipeline project.

Such measures have irritated—and unified—the German public. But the stake that Germany holds in the upcoming U.S. election is still higher, because it goes to the heart of Germany’s place in the global order.

Multilateralism is a basic creed of German foreign policy, and Trump has undermined it. French politicians can resort to a Gaullist tradition of national pride and strategic autonomy. British political discourse still sometimes wallows in imperial nostalgia or its modern variant, “global Britain.” But Germany has no equivalent historical reference point. Two world wars and Nazi rule discredited any national approach: hence the sometimes almost religious embrace of multilateralism as the framework of German foreign policy. Indeed, postwar Germany largely owes its democratic and economic success to multilateralism. The country has sunk deep roots in the family of European nations and NATO, spearheaded by the United States as the leader of “the West.”

That old certainty is now gone. Trump has eroded Germany’s reliance on the multilateral order. The house of the West has lost its guardian, and Germans feel particularly uneasy.

Nothing epitomized the rejection of multilateralism more clearly than Trump’s withdrawal from the World Health Organization in the midst of a global pandemic. Instead of demonstrating leadership and using an imperfect WHO to coordinate international efforts, the United States just abandoned ship. The German government’s criticism was unusually vocal. The U.S. president managed the pandemic crisis erratically, with disastrous domestic consequences, and in doing so he eroded his authority in Europe and in Germany.

The U.S. elections go to the heart of Germany’s place in the global order.
Click to expand...

Speeches and writings celebrating the “transatlantic partnership” used to include the ritual notion of “shared values.” Not anymore. Few Germans believe that the current U.S. administration shares with them a common understanding of the basic tenets of liberal democracy, human rights, the rule of law, and environmental protection.

Are Germans stepping into the fatal “equivalence trap” that believers in transatlantic relations have so passionately warned against? Not quite. American leadership may be fading from Europe, but emotional bonds to the United States and its people remain strong. Many in Germany still hope for a renewal of transatlantic relations under a President Biden.

When political decision-makers and analysts in Germany play out the likely post-election scenarios in the United States, they expect that a Biden presidency would help advance the priorities that matter most to the German public. According to a recent GMF/Bertelsmann poll, climate change tops the list of important transatlantic issues for Germans—even after the outbreak of COVID-19. Few decisions alienated Germans and other Europeans more than Trump’s early withdrawal from the Paris climate accord. Biden has pledged that if he is elected, the United States will rejoin the Paris agreement immediately. His administration would then be expected to provide significant support for renewable energy.

Health is naturally another high priority, and there, Biden is expected to buttress international cooperation on COVID-19 and help lead a global response to the pandemic. German government officials and foreign policy experts also pin hopes on Biden rejoining the Iran nuclear deal and returning to the Intermediate-Range Nuclear Forces Treaty and the Open Skies Treaty—all abandoned by Trump but considered by German policymakers to be essential to the common security framework.

German business and political leaders know that the relationship between the United States and China will have a decisive effect on the strategic landscape in the next decades. The danger that European economies will get caught in the middle of a great-power antagonism looms large. Germans are somewhat puzzled by the bipartisan Washington bidding war over who is toughest on China, but they welcome signals suggesting that a Biden administration would reach out to European and Asian allies to pursue a joint agenda based on common interests with regard to China. 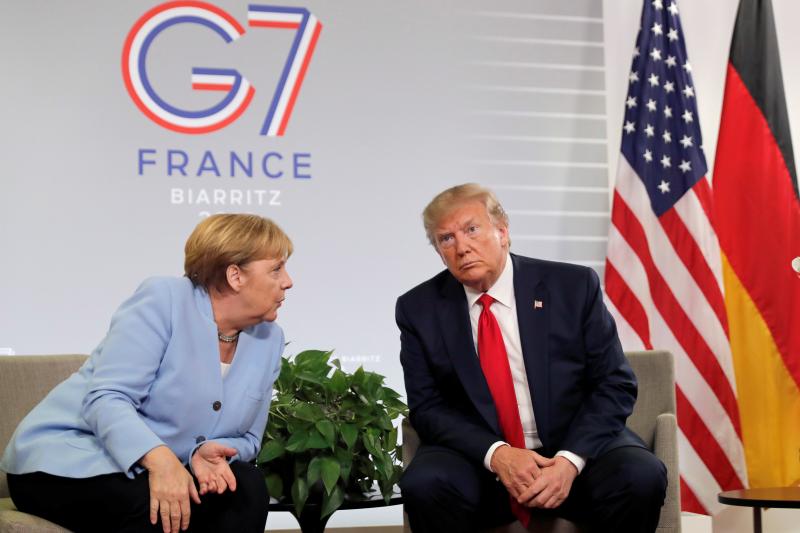 Few countries are as dependent on the rules-based international trade order as is export-oriented Germany. German businesses see protectionism and trade wars as poisonous to their model, and they welcome Biden’s promise in these pages to “resist a dangerous global slide toward protectionism.” But the Democratic candidate also favors a “buy American” policy and seeks to appeal to anti-free-trade currents among unions and progressive Democrats. As a result, German observers have few illusions that the U.S. trade policy will change in substance—but they do expect that a Biden administration will at least halt the World Trade Organization’s descent into irrelevance.

Seasoned United States watchers in Germany caution officials to expect more continuity than change in the U.S. international agenda, even under a Biden presidency. After all, U.S. domestic politics seem almost irredeemably polarized, the Senate will be an obstacle to change so long as it remains in Republican hands, and the recovery of the country’s health and economy will overwhelmingly preoccupy the next U.S. president. Still, most Germans—and most Europeans—hope that Biden will fulfill his promise to renew U.S. alliances and reassert a credible U.S. global leadership based on democratic values. This hope will die hard.


THE GLOOM ON TRUMP II​

Few mainstream politicians in Germany expect the country’s troubled relationship with the United States to improve under the current administration. A second Trump administration, according to Norbert Röttgen, the centrist chair of the Foreign Policy Committee of the German Bundestag (and candidate to head Angela Merkel’s Christian Democratic Party), is likely to offer more of the same but worse: “confrontation with China, punishment of Germany, a policy of weakening and splitting up the EU, withdrawal of the traditional U.S. role as leader of the international order, and the tendency to fan the flames of existing conflicts.”

The German foreign policy community has focused above all on the risk Trump II may pose to NATO and the EU: the United States may further erode NATO’s credibility or leave it, and the U.S. president’s hostility to the EU (“worse than China”) could weaken or even fragment the union. And yet, foreign policy planners in government and think tanks are trying to come up with a “positive agenda” to pursue with Trump II.

Germans have started to realize that the world order of yesterday is history.
Click to expand...

Is such an agenda possible? German policymakers would have to shift the relationship away from values and toward interests. The EU and the United States could develop a limited trade agenda to boost post-pandemic growth. They could undertake joint efforts to counter Russian hybrid warfare rather than imposing sanctions on Moscow. And they could address shared security concerns regarding China by including them in NATO’s remit and adopting a new policy agenda that contends with shared grievances, such as investment restrictions and intellectual property theft.


THE POSSIBILITY OF UNCERTAINTY​

In recent weeks, United States watchers and government officials in Germany have come to see a third scenario as a realistic possibility: weeks of uncertainty over the election result, accompanied by political turmoil and market volatility. German observers have met with incredulity the notion that there will be no peaceful transition—a possibility that Trump has refused to exclude. Such an eventuality, in the world’s oldest constitutional democracy, is just too hard to consider. But faith in the United States as the standard-bearer of democracy has eroded all over Europe. Trump’s flirtation with the QAnon conspiracy theory is a case in point—and one with worrying repercussions for Germany, which has the world’s second-highest number of QAnon believers, after the United States.

The Trump administration has driven home one central message to Germans: they cannot rely as much on U.S. guarantees for their security and economic well-being as they used to. And that wake-up call is a healthy one. The days of free-riding are over. Germans now debate whether their country should contribute more to NATO’s military capability, and although the country has not yet reached a political consensus in favor of assuming more international military responsibility, it has sharpened its focus on strengthening European integration—not only on defense but also in politics and economics.

The COVID-19 pandemic and its economic fallout demonstrated what happens when European cohesion is weak. Germans have started to realize—maybe too slowly—that the world order of yesterday is history and that there will be no return to the status quo ante. There might be a chance to restore the transatlantic relationship, but only on the basis of a stronger, more resilient European Union. 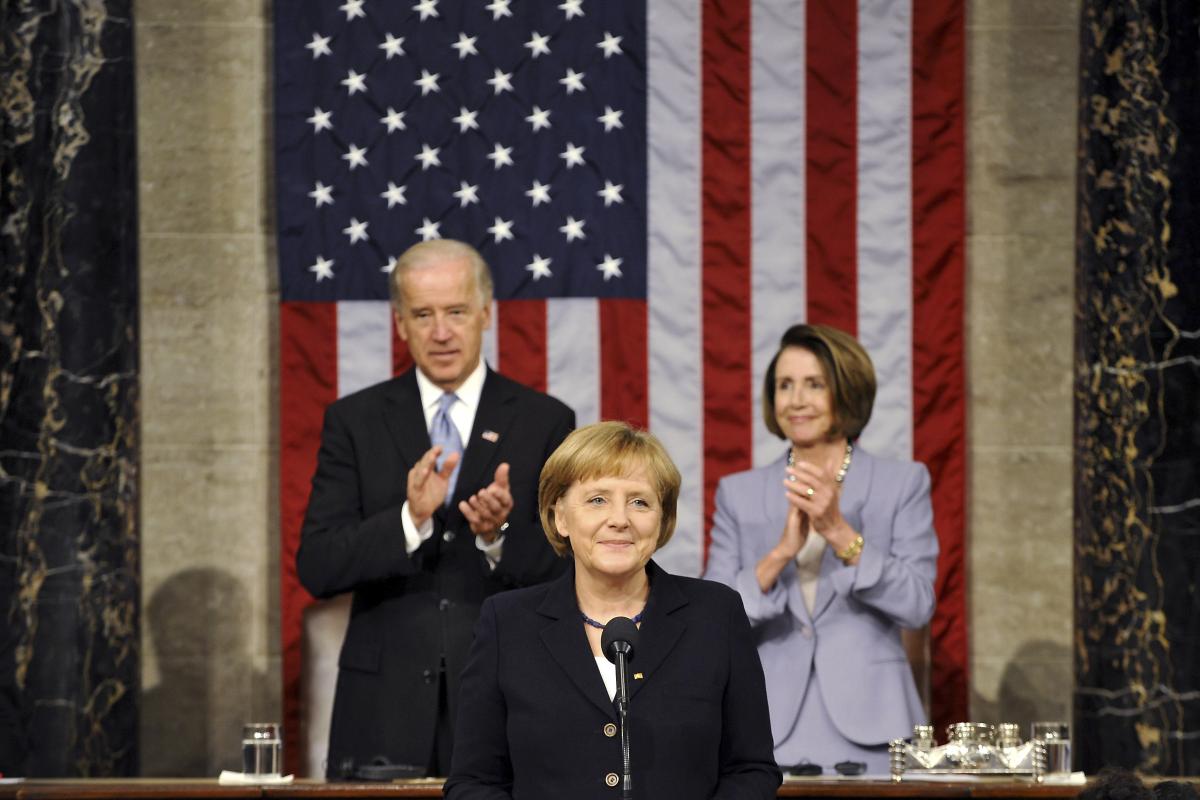 Hope for the Future of American Leadership Dies Hard

Few countries outside the United States have as much at stake on November 3 as Germany.