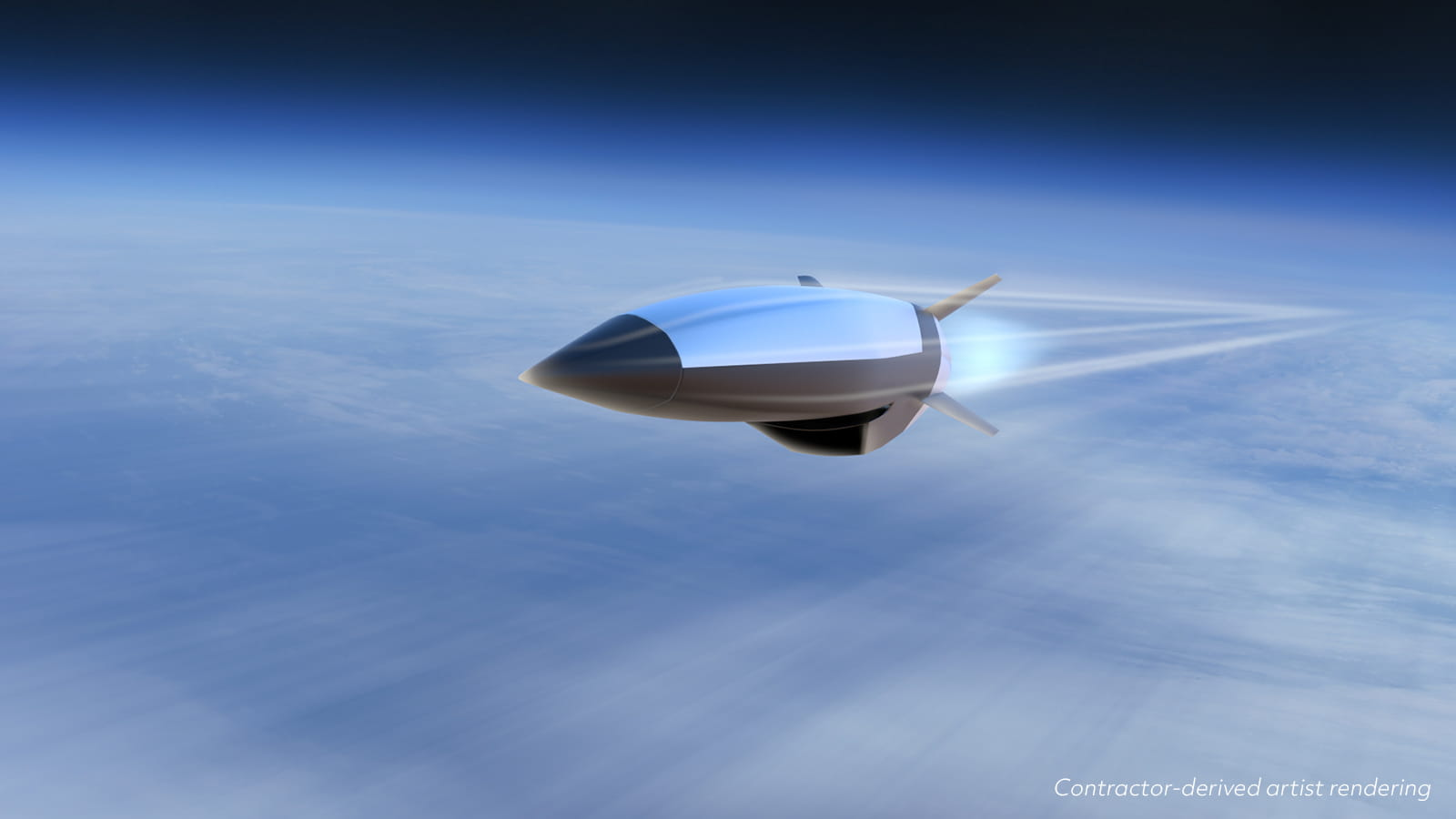 The challenges of the hypersonic era in military operations are immense. But so are the abilities of innovators who work together to solve them.


That was the message when Wes Kremer, president of Raytheon Missiles & Defense, a Raytheon Technologies business, spoke to investors about how teams are working across the company to solve the myriad science and engineering problems that come with developing and defending against hypersonics, generally defined as weapons that fly at speeds of Mach 5 or greater.
“We have to go faster. We also have to go farther. We have to be able to detect threats at longer distances. We have to be able to target at longer distances. We have to be able to close kill chains at longer distances,” Kremer said, using the military term for the process of defeating a target. “We have to be able to do that across multiple domains. How we work across domains and how we solve those types of problems is one of the true synergies that we have in this business.”
Here are some of the ways colleagues across Raytheon Technologies, with their deep expertise in areas including heat management, propulsion, missile development and surface- and space-based sensing, are combining novel problem-solving approaches with decades of institutional knowledge to give the U.S. military and allied forces an advantage in the era of hypersonic military operations. 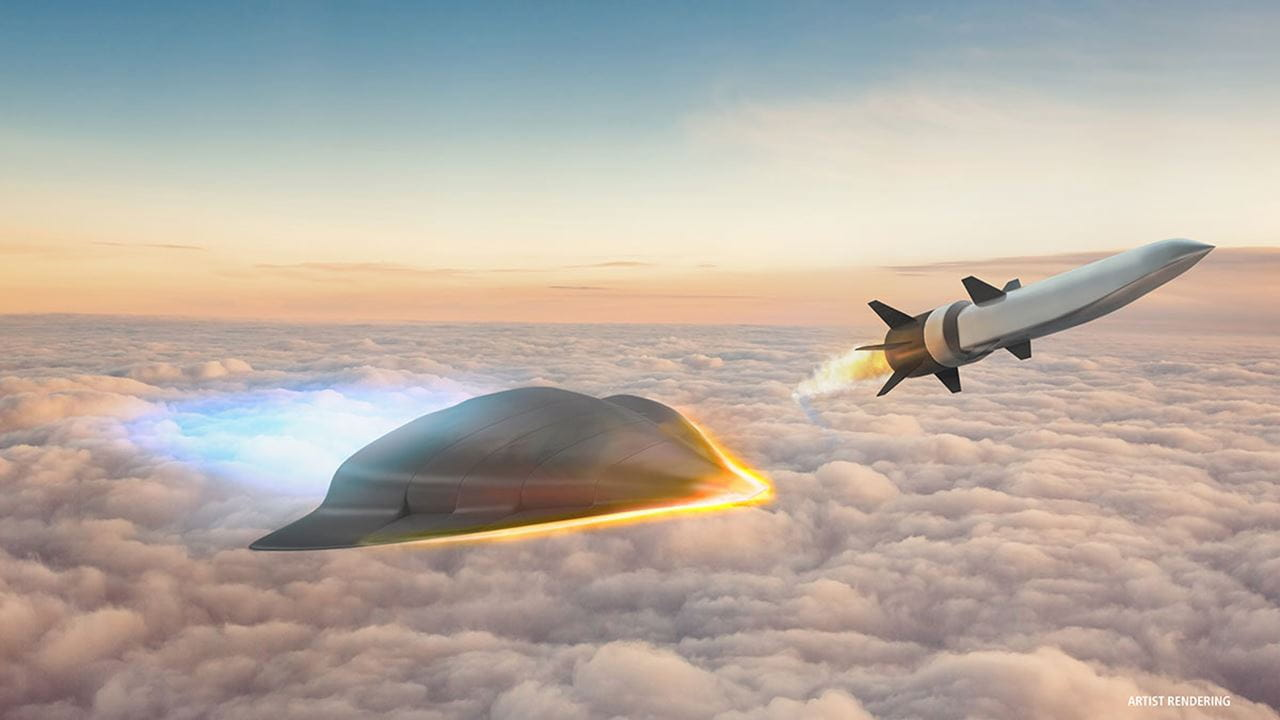 This artist's illustration shows how hypersonic weapons heat up as they accelerate through the atmosphere.


Hypersonic weapons, by definition, are about speed. They fly at a minimum of 3,800 mph, and that’s where the engineering challenges begin.
The biggest one is the heat caused by friction as the air passes over the fast-moving vehicle. Many materials can’t survive that kind of thermal stress. More heat-resistant materials tend to be heavy, very expensive, or both. Using them solves one problem but creates others: A heavier airframe needs more propulsion to reach speed, which requires a more powerful engine and more fuel, which adds weight and increases cost.
Experts at Raytheon Technologies have been working for years to overcome those heat problems, and today they’re applying that knowledge to hypersonics. For example, Raytheon Missiles & Defense is collaborating with Collins Aerospace, another Raytheon Technologies business, to explore the use of advanced materials – such as those that protect engine coverings, brake assemblies and other parts of an aircraft from high temperatures – to help solve the heat-management problems that come with hypersonic flight.
Collins has been working with Raytheon Missiles & Defense on hypersonic solutions since the two became sister businesses under Raytheon Technologies. Now collaborating is not only easier, it’s an imperative under the company’s strategy to use technologies and knowledge from one business to the benefit of another. 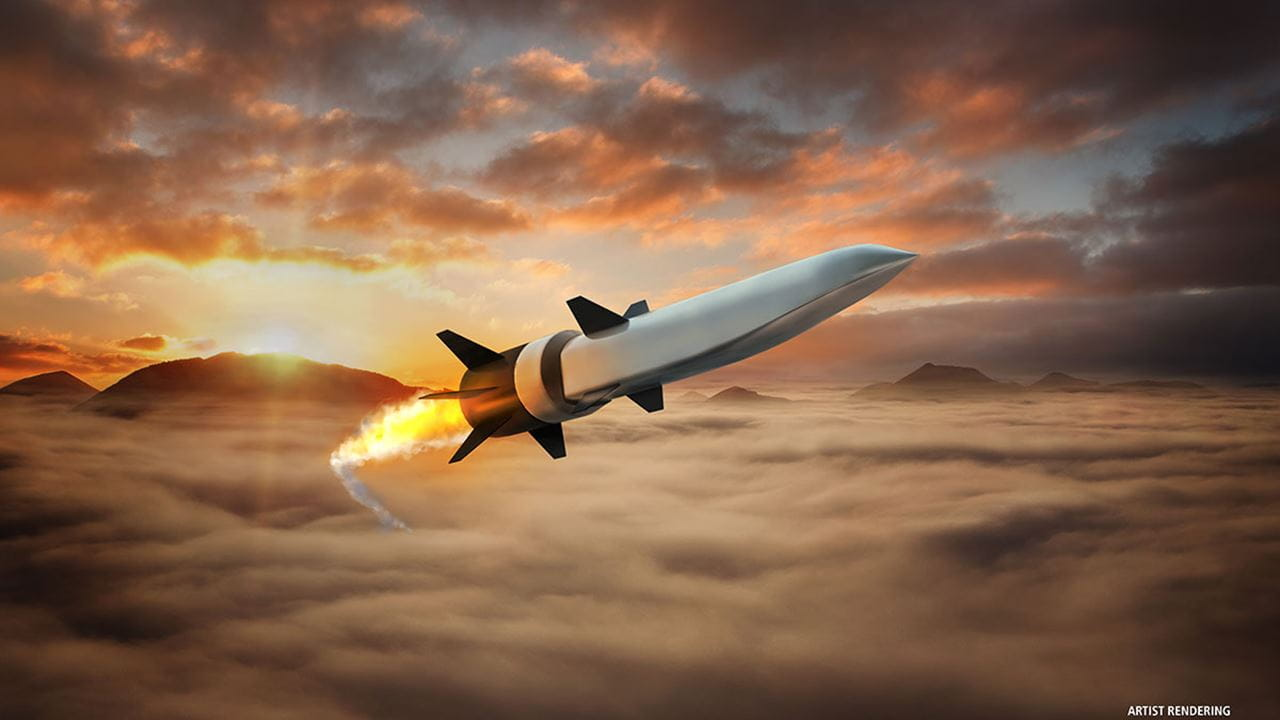 
Then, of course, there’s the matter of making the airframe go that fast in the first place. The U.S. Department of Defense has stated it wants not only boost-glide hypersonics (which are boosted by rockets into the very upper edge of the atmosphere) but also scramjet-powered hypersonics (which use the fast-moving air around them to provide oxygen for propulsion).
Raytheon Technologies is working with the U.S. military to strengthen its hypersonic strike capability. In September 2022, the U.S. Air Force awarded a $985 million contract to Raytheon Missiles & Defense and Northrop Grumman to develop the Hypersonic Attack Cruise Missile. That missile, also known as HACM, was initially developed in the Southern Cross Integrated Flight Research Experiment, or SCIFiRE, a cooperative program with Australia to design and test hypersonic capabilities.
Raytheon Technologies and Northrop Grumman have been partnering since 2013 and signed a teaming agreement in 2019 to develop, produce and integrate Northrop Grumman’s scramjet engines onto Raytheon Technologies' air-breathing hypersonic weapons. That collaboration resulted in the Hypersonic Air-breathing Weapon Concept, which was tested successfully in 2021 and 2022. 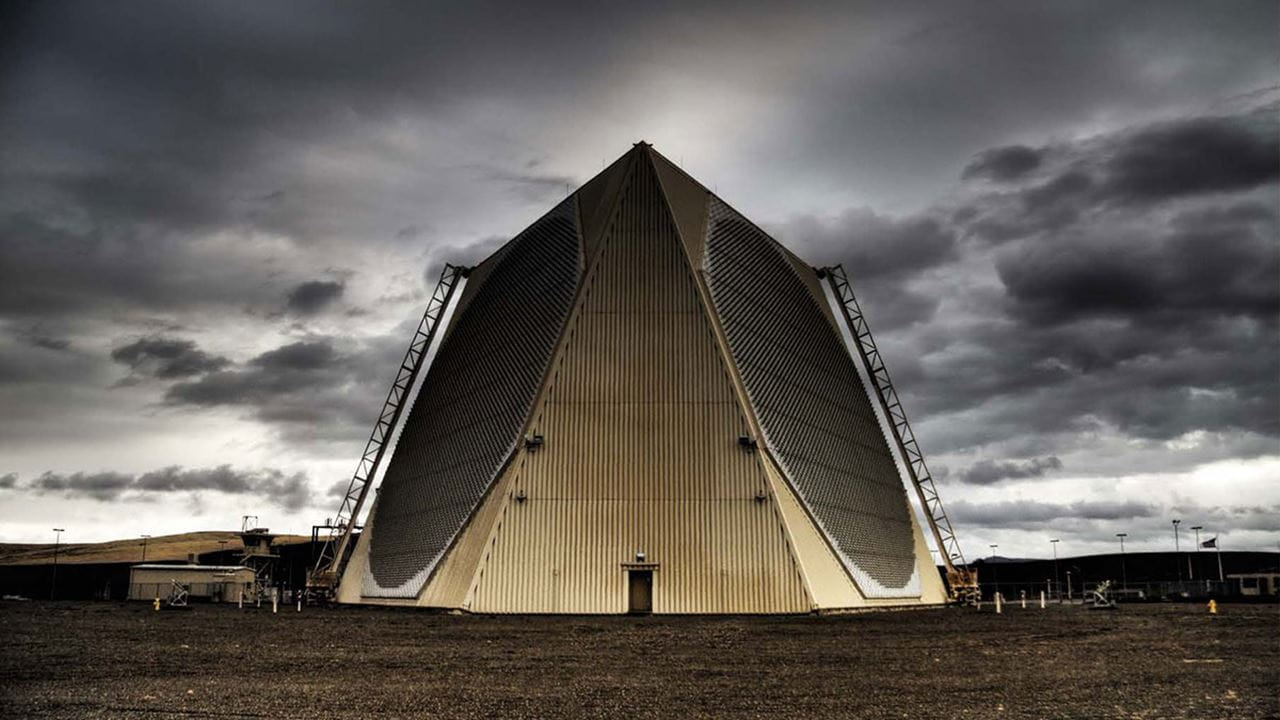 The 7th Space Warning Squadron has an enhanced Upgraded Early Warning Radar system with a greater capability to detect and track missile attacks against the U.S. and its allies, at Beale Air Force Base, California. (U.S. Air Force photo)


Part of the difficulty in defending against hypersonic weapons is that, apart from their speed and range, they’re also extraordinarily maneuverable. One approach to countering that combination is to build defenses in layers, with sensors on land, at sea, in the air and in space to detect and track targets, and effectors such as kinetic and non-kinetic weapons to neutralize the threat.
The first opportunity to defeat a hypersonic missile attack is before it happens – an idea known in military terms as “left of launch.” Part of Raytheon Technologies’ approach in that area is the use of electronic warfare and directed energy, such as high-powered microwaves that can jam and disable offensive systems.
Because seeing a threat is key to defeating it, Raytheon Missiles & Defense is upgrading its surface radars with gallium nitride technology to enhance range and increase detection and discrimination for 360-degree sensing.
The business is also using lessons from the development of offensive capabilities in developing defensive systems. Though they serve different purposes, defensive and offensive systems have many factors in common including speed, materials and time to target.
The capabilities being developed will complement the already robust weapon systems Raytheon Technologies offers.
In addition to enhancing radars with advanced technology to better detect hypersonics, the company is exploring the possibility of sensor fusion, or networking sensors across domains through command and control to give an enhanced picture of the threat. This includes sensors on the ground all the way into space. 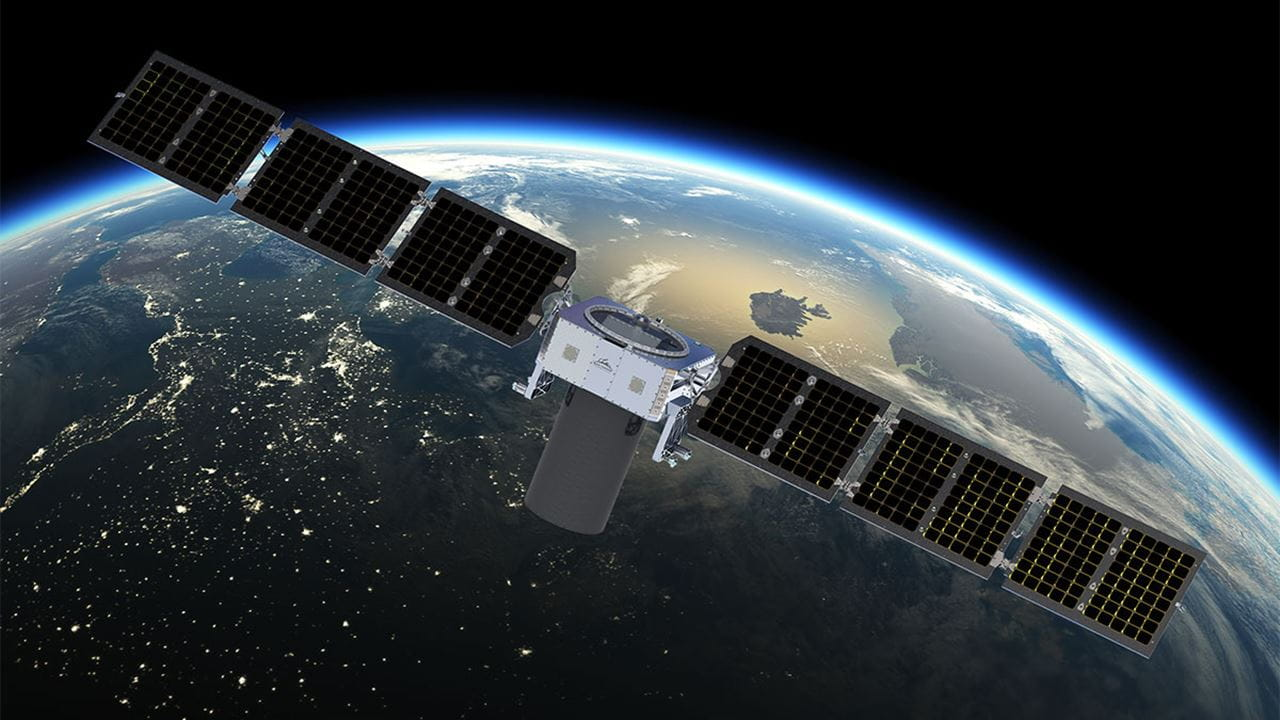 The speed and range of hypersonic weapons has taken the task of defending against them into space, where sensors can detect a launch the moment it happens – or even before.

His team is developing a broad set of space technologies to detect, track and intercept hypersonic weapons in all phases of flight.

“What makes our company different is that we have end-to-end missile defeat capabilities in space, in the air and on the ground, and we can use our portfolio of capabilities and expertise to perform mission engineering across the entire hypersonic kill chain,” Aalseth said. “We develop and build the hardware and software, and then integrate it, both in space and on the ground.”

Those systems, he said, include optics and infrared sensors, command and control systems, ground mission management and the algorithms that process and analyze huge amounts of data. Raytheon Technologies’ 2020 acquisition of Blue Canyon Technologies has also enabled in-house production of small satellites.

Constellations of small satellites are the foundation of a smarter and more resilient defense, Aalseth said. Rather than putting a large, exquisite and costly satellite into space – and making it an attractive target to adversaries – the idea is to distribute the work of missile defense among an arrangement of smaller, simpler and more expendable satellites.

Beyond simply having the right number of sensors in the right place, they also have to process information far faster than ever before.

“Latency is the key parameter to address when defeating hypersonic threats. It affects every other parameter," Aalseth said.

On that front, Raytheon Intelligence & Space uses advanced missile detection and tracking algorithms that can perform highly precise missile track processing onboard the satellite in orbit.

“All of the other systems to date have had to send the data to the ground for processing,” Aalseth said. “That wastes time.” 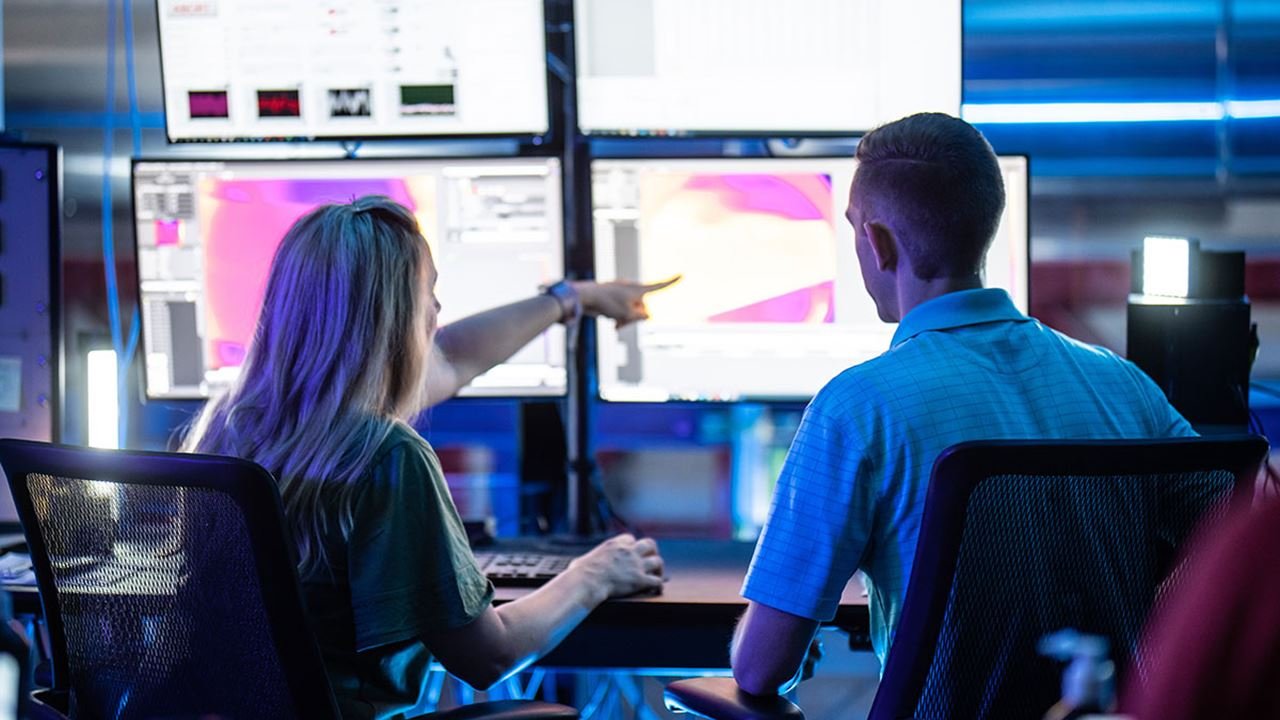 “Threats are advancing at such a pace that previous timelines don’t support what the warfighter needs, which are high-speed, long-range weapons to execute missions,” said John W. Otto, senior director of Advanced Hypersonic Weapons at Raytheon Missiles & Defense.

For that reason, Raytheon Technologies has adopted digital engineering methods, including building digital twins, or virtual replicas, and using modeling and simulation to gather predictive analytics.

“Working in a digital environment allows us to eliminate testing, which is time-consuming and costly,” Otto said. “The more advanced the digital models, the quicker we can get systems fielded.”

Modeling and simulation relies on the fidelity of test data, which will improve with increased testing and sharing of data with industry partners, academia and allied nations.

Raytheon Technologies is working with the University of Arizona, Texas A&M University, Purdue University, the U.S. Air Force Academy and other academic institutions on hypersonic research and testing, to include the use of wind tunnels to emulate flight conditions and accelerate development.

“Collaborating with universities brings people and ideas together and helps lay the foundation for upcoming work,” Otto said. “We also have an opportunity to shape the minds of our future workforce.”

“We were the first to successfully test HAWC, so we’re making a lot of progress … flying systems and learning from those activities, and that’s helping us further improve our systems,” Otto said.