The DRDO said the missile which was fired from INS Chennai in the Arabian Sea hit the target successfully with pin-point accuracy after performing high-level and extremely complex manoeuvres.

India on Sunday successfully test fired the BrahMos supersonic cruise missile from the indigenously-built stealth destroyer INS Chennai, with the weapon hitting a pre-designated target in the Arabian Sea, the defence ministry said in a statement.

“The missile hit the target with pin-point accuracy after performing high-level and extremely complex manoeuvres. BrahMos as prime strike weapon will ensure the warship’s invincibility by engaging naval surface targets at long ranges, thus making the destroyer another lethal platform of Indian Navy,” it said.

The missile has a top speed of Mach 2.8 --- nearly three times the speed of sound.

COVID restrictions have lifted and work has resumed. I am suddenly swamped with work, that's why I haven't been posting much recently.

Pics of the seeker:

Go where ? None of our SSKs have VLS anyway.


Oh and the Stand Off Anti-Tank(SANT) missile was tested today. Another one tomorrow : 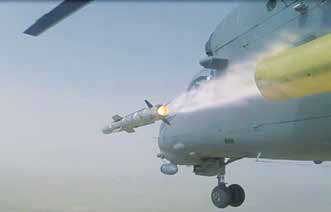 Here is a HELINA being fired from the ALH Rudra :

The 2 missiles are almost identical because they are members of the same family. The HELINA is IR guided 7km range. The SANT has a W-band active homing seeker.

There is another variant of the missile known as the Dhruvastra which is almost the same as HELINA but it features a Jet Vane Control : 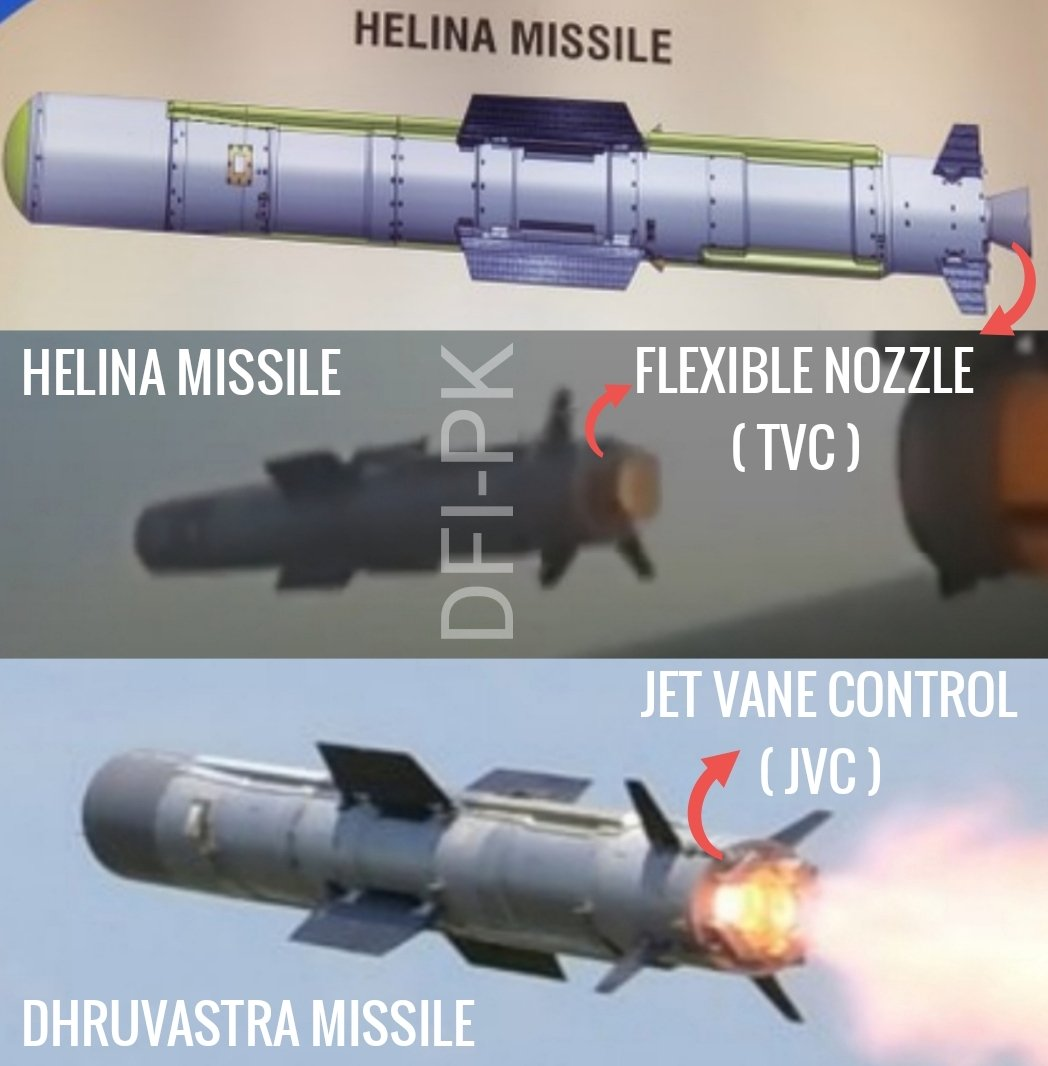 The Dhruvastra has LOAL or LOBL modes. In addition to the top attack :


https://twitter.com/i/web/status/1285796901388906496
Since Dhruvastra has more features & capabilities it is likely to enter service. HELINA was probably a TD project. Its likely both the Dhruvastra & SANT will be used to arm drones in the future.
R

All these updates and news were always there. Infact Vietnam has been requesting the missiles for quite sometime. We didn't sell it for one we know which country relationship.

Atleast in missile scenario I am not worried by their development. I am worried by the budgetary allocation to actually induct these missiles when ready. Our budget is stretched and even BMD hasn't been sanctioned though it's ready since last 3-4 years. They would be formidable defence when inducted in significant numbers. Any country would think twice before doing some mischief.

I was assuming they would have a dual mode seeker for the 2nd version (I think he implies ready in about 2 years).

But seems you are correct, this is basically X-band improvement for jamming resistance....and 1st version ready soon will be basic indigenous version of the current one that's mechanically steered I assume.


Gautam said:
Go where ? None of our SSKs have VLS anyway.
Click to expand...

I was thinking for now it can be tested with Arihant...provided Navy modifies Arihant FCS for it etc given VLS tube there is obv big enough physically and we can compare with K-15 dimensionally.

The interview itself was in context of project 75.
M

Until Brahmos M is released I will be a bit skeptical about all these plans.

Final user trial of 3rd generation Anti Tank Guided Missile (ATGM) NAG was carried out today on 22 Oct 2020 at 0645 hrs from Pokhran range. The missile was integrated with the actual warhead and a tank target was kept at designated range. This was launched from NAG Missile Carrier NAMICA. The missile hit the target accurately defeating the armour.

ATGM NAG has been developed by DRDO to engage highly fortified enemy tanks in day and night conditions. The missile has “Fire & Forget” “Top Attack” capabilities with passive homing guidance to defeat all MBTs equipped with composite and reactive armour.

The NAG missile carrier NAMICA is a BMP II based system with amphibious capability. With this final user trial, NAG will enter into production phase. The missile will be produced by Defence PSU Bharat Dynamics Limited (BDL), whereas Ordinance Factory Medak will produce the NAMICA.