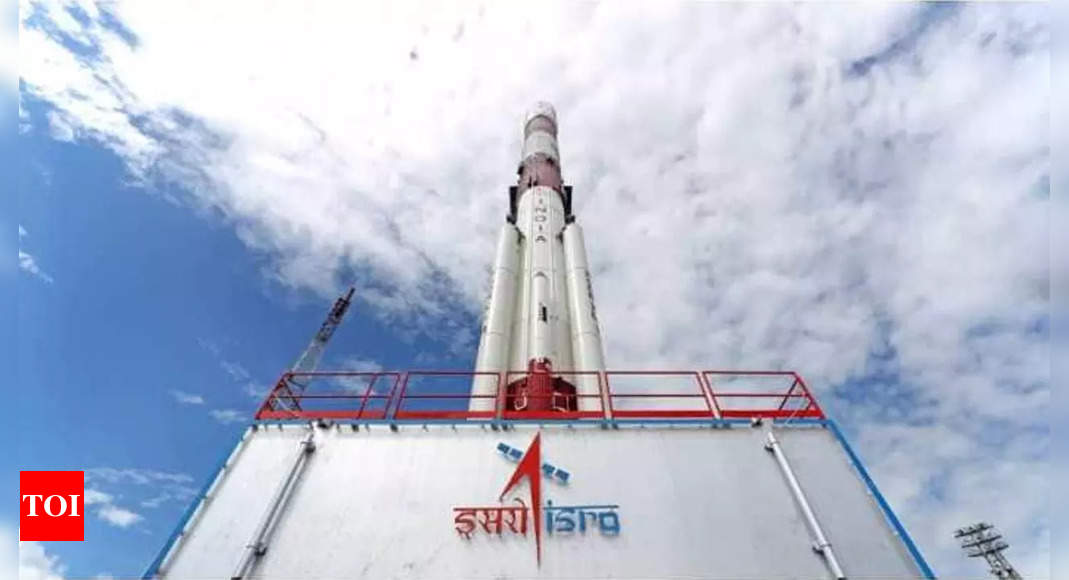 India News: BENGALURU: The Indian Space Research Organisation (Isro), which has already completed its first successful launch this year is getting busy with a sle.

Partnering with India on space, science & technology to grow Aussie industry | Ministers for the Department of Industry, Science, Energy and Resources

The Morrison Government is investing more than $42 million in a series of space, science and technology initiatives with India to generate opportunities for Australian businesses and researchers to grow and create jobs. 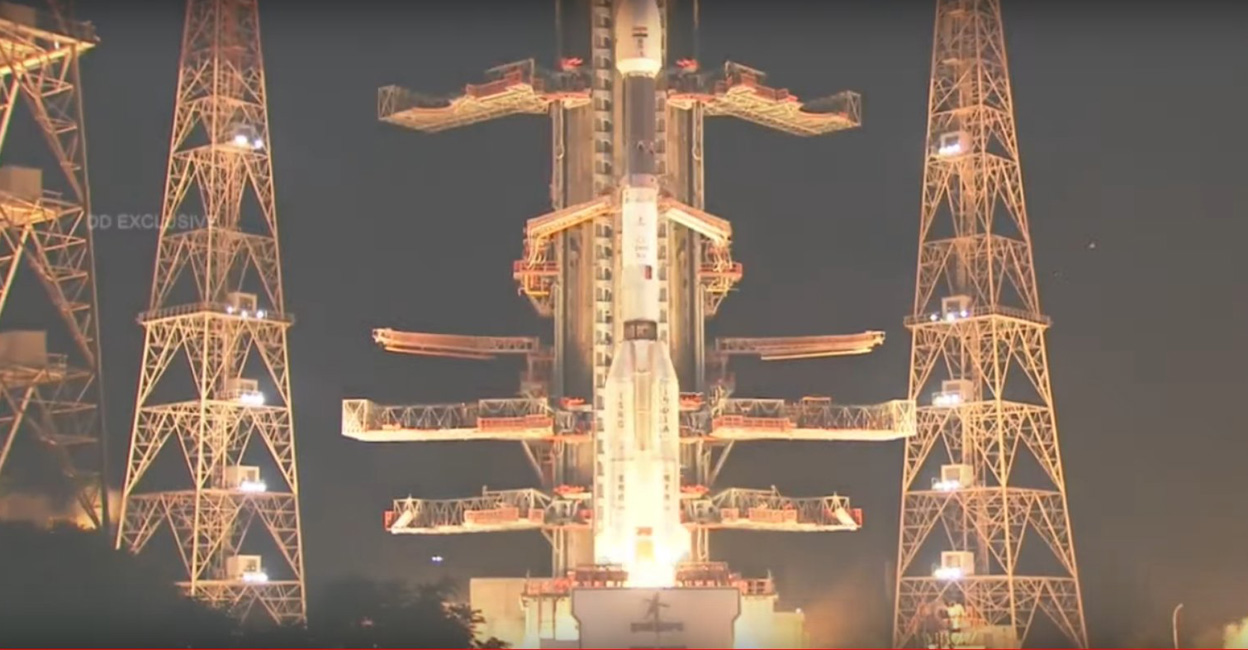 Why did GSLV-F10 Mission fail? ISRO's Failure Analysis Committee has come up with the answers

The objective of the launch was to place the Earth Observation Satellite EOS-3 in a geosynchronous orbit in space.

Why did GSLV-F10 Mission fail? ISRO's Failure Analysis Committee has come up with the answers

The objective of the launch was to place the Earth Observation Satellite EOS-3 in a geosynchronous orbit in space.

Yah especially when you have fuelled it earlier, de-fuelled (due to abortion + postponing launch) and then refuel again months later with cryogenic fuels.

Sensoring + protocols have to be reliable to detect glitches on critical components that have several other things riding on it.

Gessler said:
OneWeb, the satellite company part-owned by the UK government, has done a deal to use Indian rockets.
​
The arrangement will supplement the contract the London-headquartered firm has with American rival and rocket operator SpaceX of California. The new deal was announced as UK Prime Minister Boris Johnston headed to India for two days of talks. The firm was forced to look for alternatives when its deal with the Russian space agency fell apart.

OneWeb said the first Indian launch of its broadband internet satellites could take place by the year's end. The spacecraft would go up from the Satish Dhawan Space Centre on Sriharikota Island in the east of the country.

The rocket to be used is likely to be India's Geosynchronous Satellite Launch Vehicle (GSLV), its largest and most capable vehicle.


View attachment 43017
GSLV Mk-III​
Some sort of deal with NewSpace India, the commercial arm of the country's national space agency, was expected. OneWeb's largest shareholder is the Indian conglomerate Bharti Global. Its chairman, Sunil Bharti Mittal, is also the executive chairman at OneWeb.

"This is yet another historic day for collaboration in space, thanks to the shared ambition and vision of NewSpace India and OneWeb," he said in a statement. "This most recent agreement on launch plans adds considerable momentum to the development of OneWeb's network, as we work together across the space industry toward our common goal of connecting communities globally."

OneWeb satellite stack​
OneWeb's plans to build a global network of internet satellites in the sky was knocked off course in March by the war in Ukraine.

The conflict, and the resulting western sanctions against Russia, led to the company losing access to Russian Soyuz rockets.

With only two-thirds of the satellites in orbit needed to complete its network, OneWeb had little choice but to go to SpaceX to book some rides on the California outfit's Falcon rockets. SpaceX is currently building its own space-borne internet service called Starlink. OneWeb didn't say how many Indian launches it would use, or what its contract with NewSpace India was worth.

The GSLV can lift about nine tonnes to low-Earth orbit - similar to the Soyuz. It was last used in 2019 to launch India's Chandrayaan-2 Moon mission.

OneWeb has so far launched 428 satellites, enough to provide internet broadband connections above 50 degrees North in latitude. It needs, however, to get to 650 or so to start delivering connections across the whole Earth. The company's intention is to expand later generations of the network to encompass 7,000 satellites in orbit, meaning the GSLV could become a key component in the future of the OneWeb project.


View attachment 43019
Soyuz 2.1 - Launched from French Guiana​
"We welcome the partnership between OneWeb and NewSpace India Limited (NSIL); it's a historic development and this will surely pave the way for a greater participation of private space players, resulting in a boost to the Indian space economy," said Lt. Gen. Anil Kumar Bhatt (Retd), the director general of the Indian Space Association. "This partnership has the potential to drive the attention of many international players towards India's capabilities, leading to a significant increase in our share in the international space economy which is just 2.6% currently; and at the same time contribute to nation building and economic growth of the country," he told BBC News.

Building space-borne internet systems is the vogue of the moment. As well as OneWeb and SpaceX-Starlink, the Amazon online retailer is about to get into this market. Earlier this month it signed the largest commercial launch deal ever, purchasing up to 83 launches from three separate rocket companies to loft its Kuiper system. This would see more than 3,000 internet broadband satellites placed in low-Earth orbit over a period of five years. 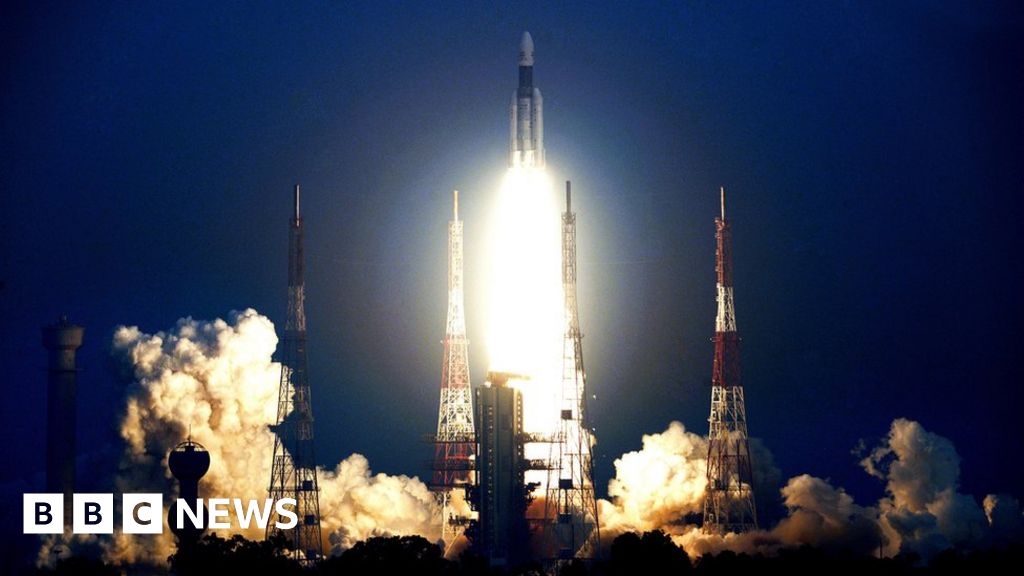 OneWeb: UK satellite firm does deal to use Indian rockets

The space internet firm, part-owned by the UK government, agrees a launch programme with India.
www.bbc.com


++++​
Comment: The Mk-3 GSLV is actually capable of orbiting greater payloads to LEO than the Soyuz-2 variants - given the right payload adapter & nose fairing arrangement, it should be able to throw more satellites per launch than was previously possible with Roscosmos. Of course ISRO/NSIL cannot match the launch frequency of the Russians (yet).