Bangladesh Is it time to take another look at coal? 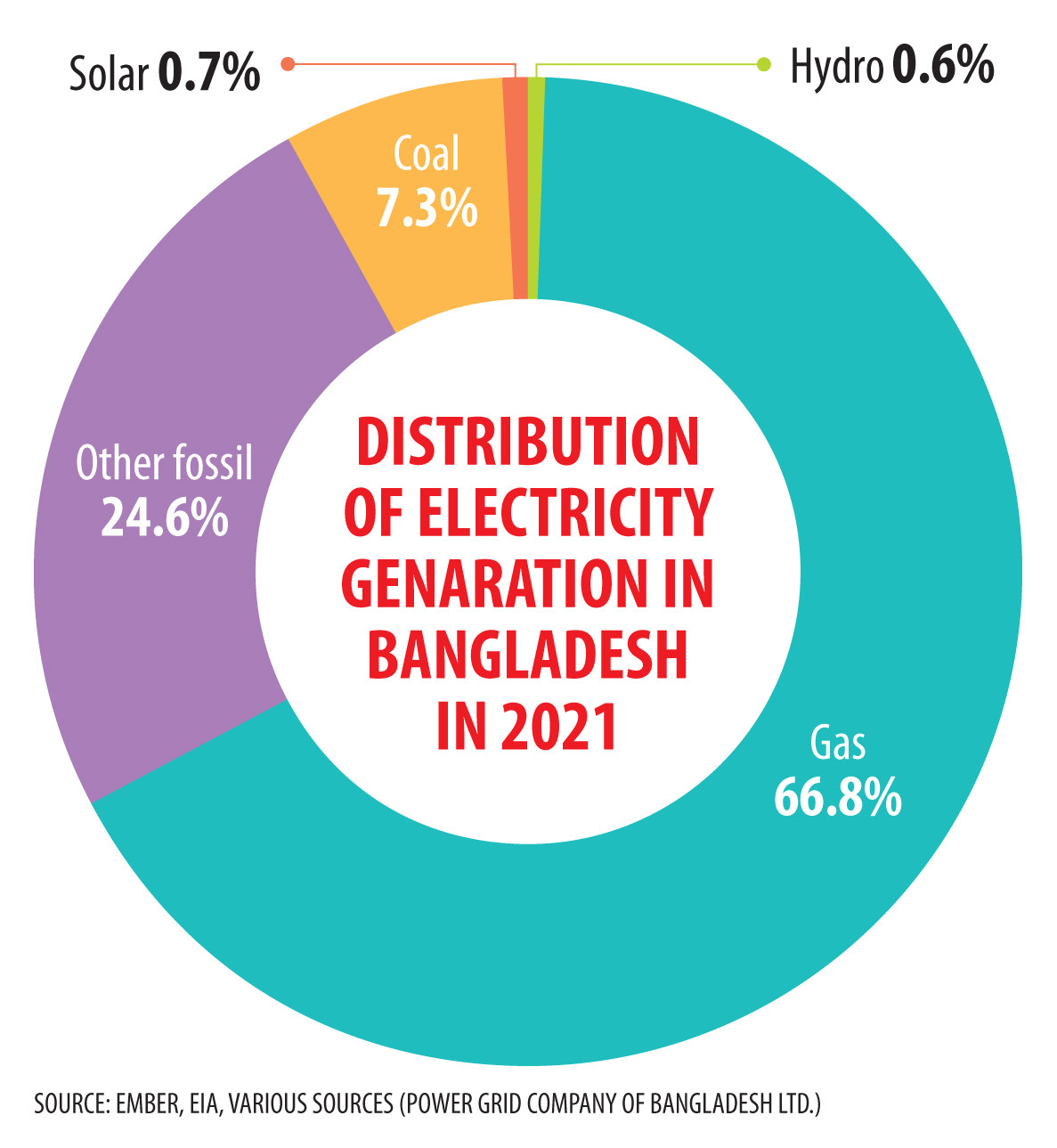 The war between Russia and Ukraine has disrupted global supply chains for gas, which has left countries scrambling for other sources to meet their energy needs.

Despite environmental regulations, coal has emerged as a short-term alternative, with global coal consumption increasing by over 5% in 2021 and hitting its highest level since 2018.

According to the BPStatistical Review of World Enert 2022, current global coal production is at 167.6 exajoule – an 8.9 exajoule increase from previous years.

For reference, it takes the equivalent of roughly 34 million tons of coal to produce 1 exajoule of energy.

In contrast, Bangladesh holds around 322 MMst of proven coal reserves which ranks 48th in the world.

Given the fact that world coal consumption is on the rise and that Bangladesh faces acute energy insecurity, the question can be raised as to whether the time has come for Bangladesh to reconsider exploiting its own coal reserves more fully.

Right now, Bangladesh is producing 2,700 to 3,000 tons of coal from the Barapukuria coal mine of Dinajpur, following an underground mining process.

When contacted, Nazmul Ahsan, chairman of the Bangladesh Oil, Gas and Mineral Corporation, better known as Petrobangla, told Dhaka Tribune on Wednesday that the country has 7,800 million tons of coal in five coal fields.

“Gradually the amount of coal in Barapukuria is decreasing. The existing amount in the Barapukuria coal mine will be finished within roughly the next six years,” the Petrobangla chairman added.

When asked about exploring a new coal mine, he said: “It depends on the government high-up decisions, as there are some controversies on coal mining in terms of environmental issues”

When contacted, Nasrul Hamid Bipu, the state minister to the Ministry of Power, Energy and Mineral Resources, told Dhaka Tribune on Wednesday: “We are trying to use our domestic coal as much as we can, but there are environmental issues. That’s why coal exploration is off now, but I think it will be feasible to explore coal after addressing the environmental issues.”

He explained: “In the coal field area, there are farming lands, presence of huge inside water; we have to manage this first so that the coal mining does not jeopardize the locality’s environment. Then we can think about coal mining. At present we do not have guidelines for this process also. All of a sudden we cannot start coal mining. Before taking decisions we have to address the environmental impact properly. It would not be wise to start coal mining without addressing the side effects.”

“We have made a plan, now the government has to decide whether it is feasible or not. If we can start exploring now, it will take at least four to five years to start mining from a coal field. We are thinking about how to expand coal mining in Bangladesh. Hopefully, we will make a decision regarding this by this year.” Is it time to take another look at coal?

Environmental concerns remain, but with the rest of the world increasing its consumption, coal could be part of the long-term answer for Bangladesh